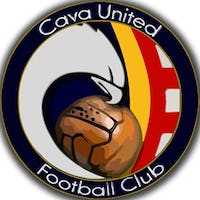 What We are asking

We have decided to start our first crowdfunding campaign with the aim of collect funds for the purchase of a semi-automatic defibrillator (AED) and give it to the entire associative and sporting movement we are involved, and start an awareness and educational campaign about first aid between partners.

We have decided the crowdfunding because it offers the possibility to everyone to get involved in this project. Crowdfunding is an on-line and safe fund raising; moreover, it allows to receive a reward. It is a funding from the bottom and an another experiment of low-denomination share. Everyone can be the protagonist of this campaign, not just financially.


Who is behind the project

“Cava United” is a sporting amateur cooperative that supports itself thanks the low-denomination share.Self-financing happens because of the economic and organizational sharing of its partners/fans.

The cooperative doesn’t have financial gain and wants to pursue the ideas of the aphorism “IL CALCIO E’ DELLA GENTE!”, that is the promotion, the dissemination and the enhancement of a new football game, understood as sport based on loyalty, clarity, sportsmanship, honesty, correctness and inclusiveness, all shareable principles expanding to all the sports and the different domain of the social life.

To this day “Cava United” counts 80 members. It include the association of social promotion “Sogno Cavese”. This association, private non-profit organization, is located in Cava de’ Tirreni and conducts social utility activities, supports and promotes the sporting passion for football, as well as the dissemination of principles like democracy, economic efficiency, sustainability management of football clubs, also through the active participation of the fans. 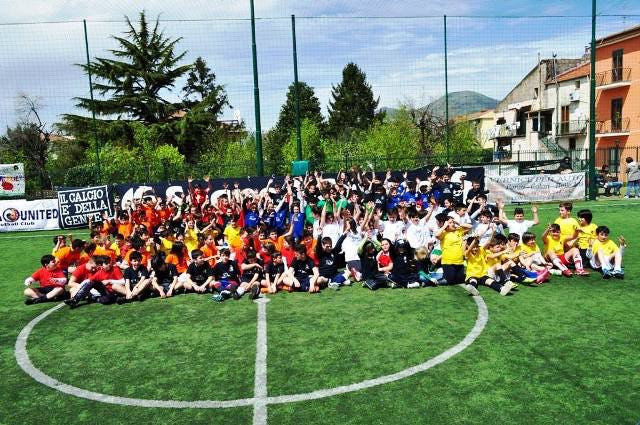 Every year, in Italy, 60.000 people die because of cardiac arrest and the scientific literature has attested that, in these cases, a fast and right first aid intervention can reduce to 30% these deaths: every minute is very important. It was not by chance that, on 26th January 2016, the “Balduzzi” decree will come into force. It was published on the “Gazzetta Ufficiale” on 20th July2013 and it says:

“In order to safeguard welfare of citizens who practice a non-agonistic or amateur activity, the health Minister, by his decree, adopted in agreement with the ministry delegated to tourism and sport, places the funding and the employment, from both professional and amateur sports clubs, of semi-automatic defibrillators and other life-saving devices.”

After a cardiac arrest, the speed with which action is taken plays a major role. In fact, if no shock is delivered to the heart within the first 3-5 minutes, the probability that a person has to surviving is around 5%. As the time window available is more restricted than the average time of arrival of relief (which typically ranges from 8 to 15 minutes), acquire ourselves of semi-automated external defibrillator (AED) is the only way to ensure that people affected by cardiac arrest receive a properly treatment in due course to determine the outcome auspicious.

“Cava United” has the necessity to ensure the maximal security for its athletes and for the others. Help us to reach the campaign goal.

Cava United is an amateur, non-profit football club led and sustained by supporters' trust. Self-financing is possible thanks to our supporters/associates' economical and organizational participation.
We can count on the support of our associate Sogno Cavese, extremely active on the ground and often promoting social gathering events such as football tournaments for grade schools, the disabled, oratory boys and amateur championship for adults.