Grüne Linie is a photographic research on the memory of the events in which a small valley in the Tuscan-Romagnolo Apennines played a crucial role, when it became part of the war front during World War II.

The project traces a line that connects History to the voices of those who fought and lived in those mountains, following the clues that were left on the region, somewhere in between childhood memories and memories of the conflict.

"Grüne Linie" was the name that the German Army had given to the Gothic Line: a strip of defences and fortifications, which ran along the Apennines, cutting Italy in two, from the Tyrrhenian to the Adriatic coast. A line that wound through woods and villages, filled with stories of courage and fear, revenge and resistance.

Those stories left an indelible signs in the landscape and in the memory of the few remaining witnesses.

For those, like me, who grew up in these woods, the conflict was at first an unconscious childhood memory, when forts were built in the old trenches by children, or the ruins of farmhouses were explored like ruined castles. Then, through the years, the stories, the war finds and the caves, have acquired a deeper meaning.

All this and above all the awareness of the volatility of memory, which is now kept mostly by the tales of the few witnesses still alive, has generated the urgency to document what is hidden in the woods that now cover the mountain. 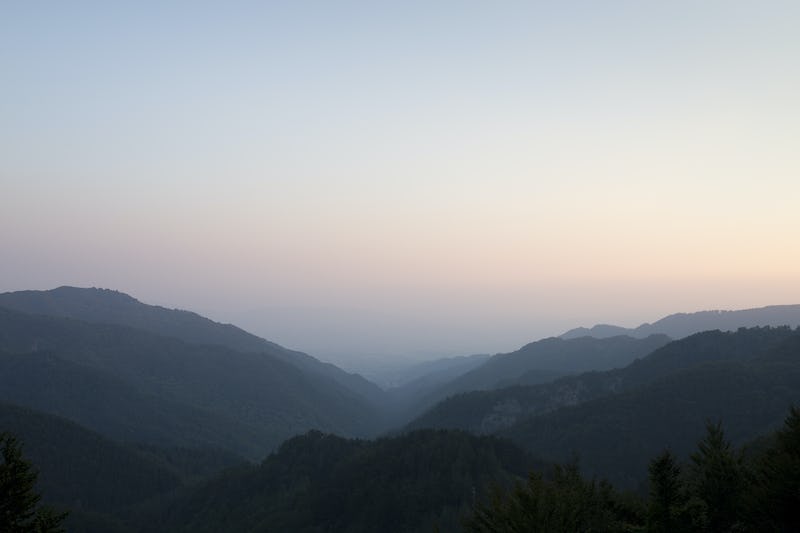 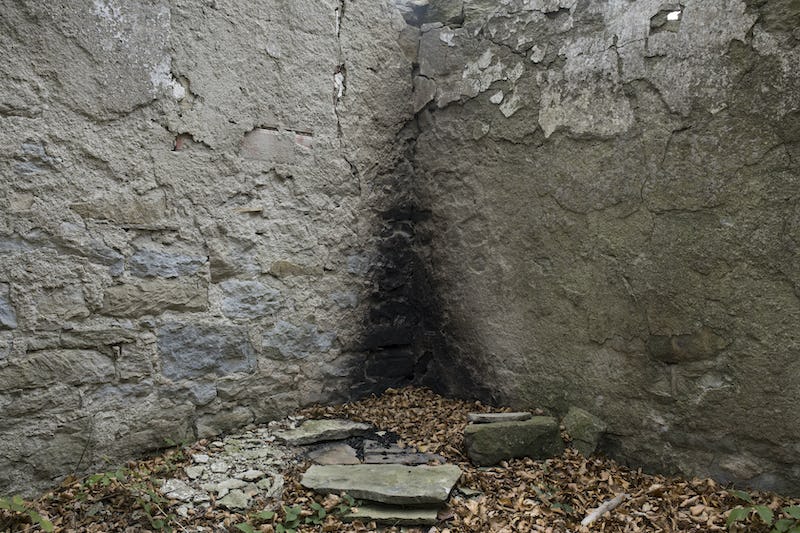 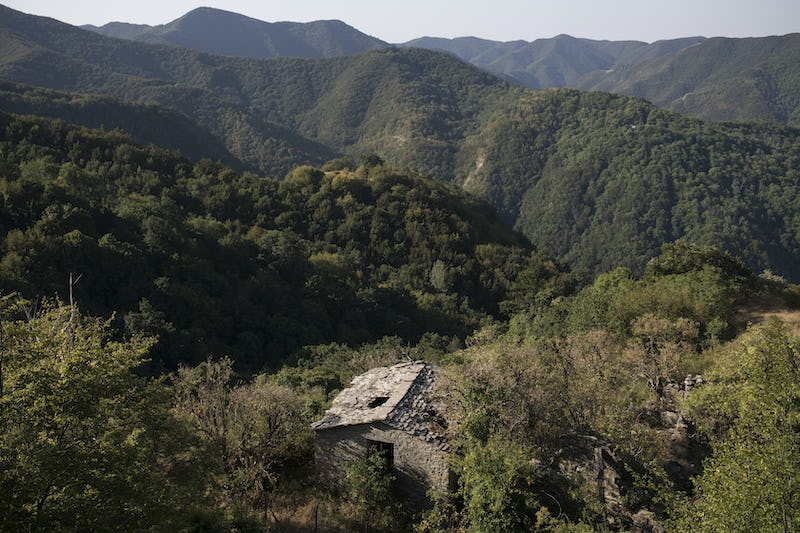 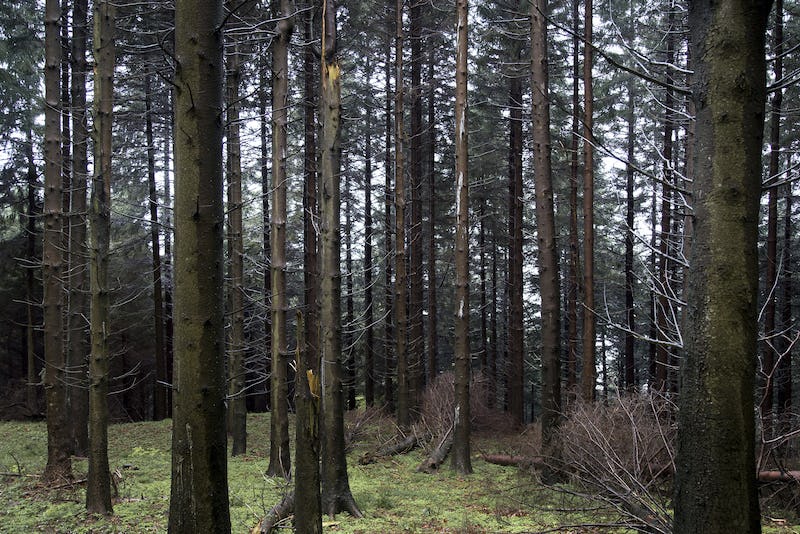 During the July and August of 1944, the 36th Brigade Garibaldi Bianconcini, a partisan group almost 1,000 strong, settled in the Rovigo river valley. Despite being at the center of the German Army manoeuvres, this area was chosen for its rough and savage conformation, which guaranteed a safe hiding place for the fighters. During those two months the men of the Brigade were deployed among the farmhouses of the valley, each assigned to a different company, and lived shoulder to shoulder with the local farmers, woodsmen and the evacuees from neighbouring villages.

To trace the partisans members of the 36th Brigade was a fundamental part of this project. I had the pleasure of meeting the last six survivors of the Brigade, who were between 16 and 18 years old back at the time.

Enes, who now lives in Milan, is the only survivor of the siege of Ca 'di Guzzo, one of the hardest battles fought by the Brigade. Sentenced to death by the Germans, along with other comrades he managed to escape in a daring way. He has spent the rest of his life designing children books and painting using bright colours.

Romano, on the other hand, remembers those moments with pain: he had joined the Brigade only to escape the compulsory military service. A peaceful mind, when asked which was the most beautiful memory from those days he replied: “Knowing that I didn’t kill anyone".

Together with those of the partisans, there is a portrait of Ivana, who was born on August 2 in one of the houses occupied by the Brigade and brought to baptism by Guerino, one of the Company commanders. The circumstances of his birth make her a symbol of the conditions of the evacuees who have lived that particular historical moment, when a small valley lost in the mountains has been transformed into a crossroads of stories, big and small.

Excerpts from their testimonies will accompany their portraits in the book. 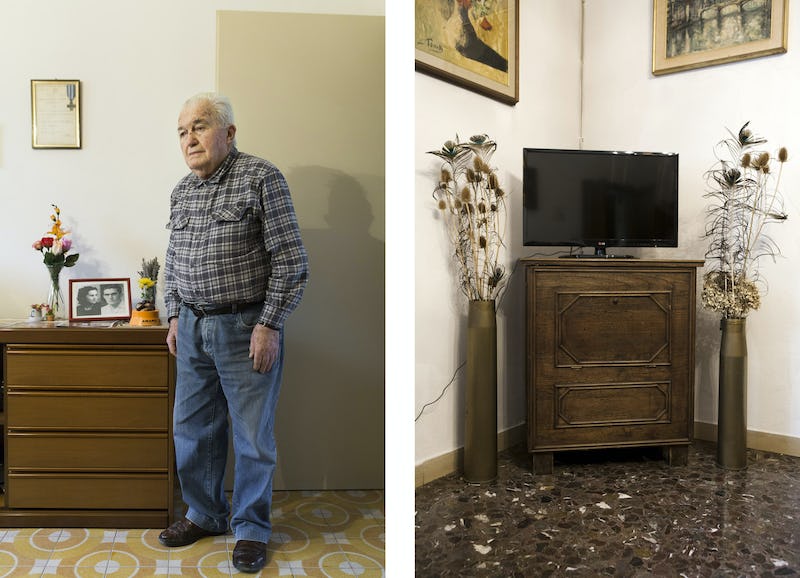 Grüne Linie is a photographic book by Giancarlo Barzagli, coming with an unpublished story by Wu Ming 2 and a map with hiking trails.

The project, developed over the past 5 years, tells of a mountain territory and of the traces left by the passage of distant events. Ruins of farmhouses occupied by partisans, caves and war finds, immersed in a landscape now covered by woods.

These images are interwoven with photos and archival documents related to the life in the Brigade and finally the portraits of the last partisans left alive.

Wu Ming 2 will followed the paths that led young fighters from Imola to the mountains. From this experience a story came out that connects with the images and that continues the reflection initiated by the author in the book “Il cammino degli dei".

The map, with several hiking routes divided in different levels of difficulty, is intended to be an invitation to visit those places and to discover in person the stories that still they have to tell.

If the fundraising campaign is successful, the book will be ready for shipping in the fall. We will do our best to deliver it as soon as possible. We will keep you updated on the progress of the work! 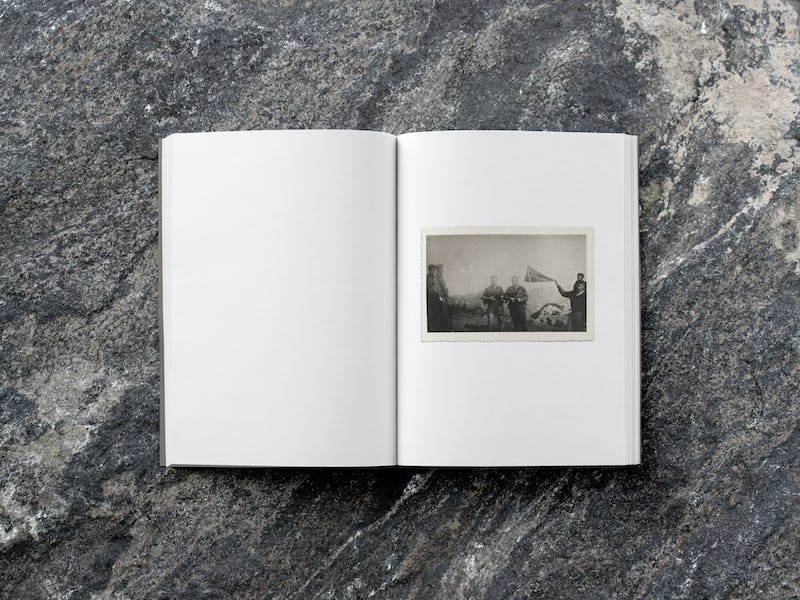 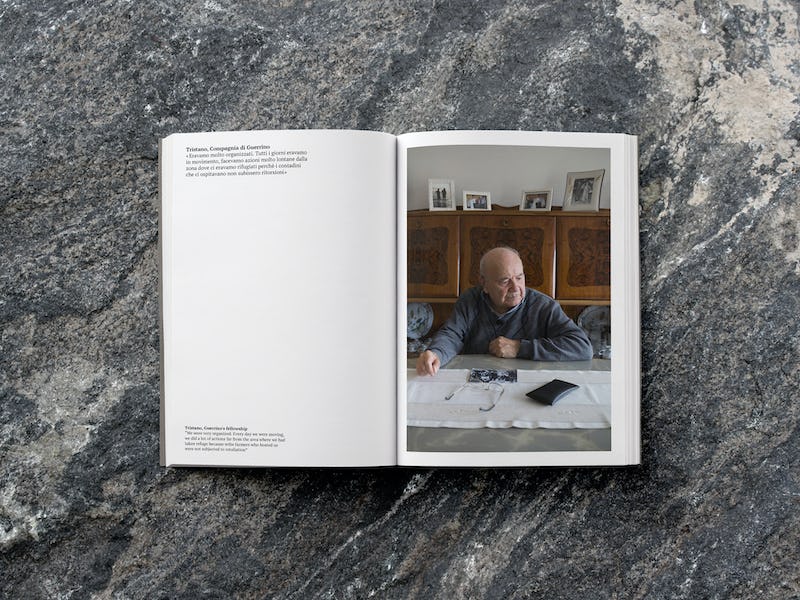 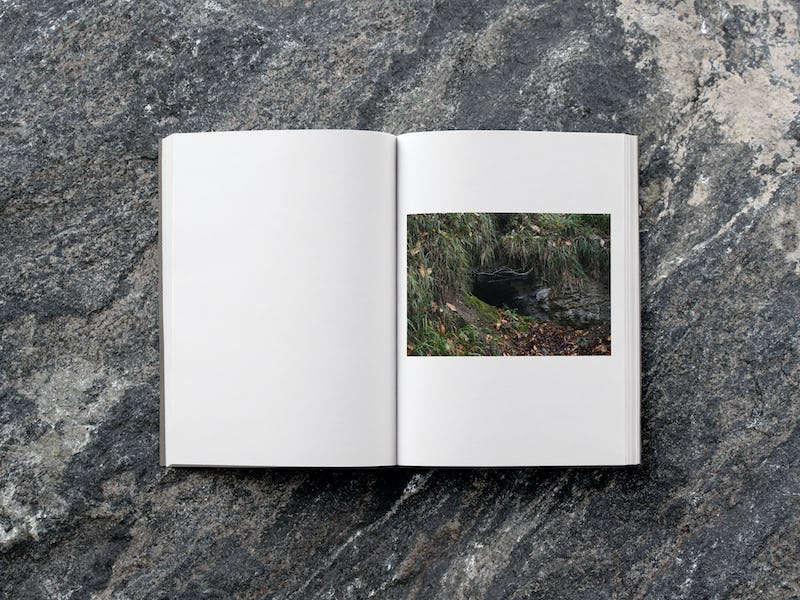 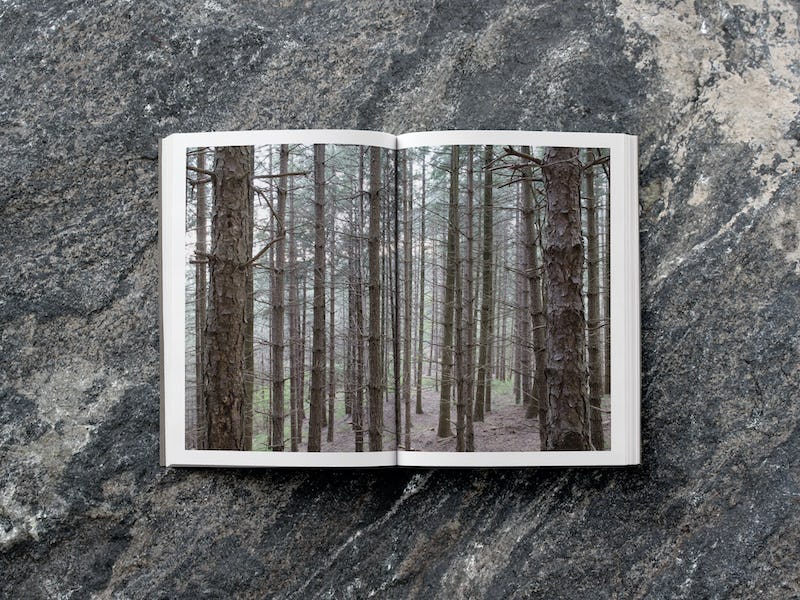 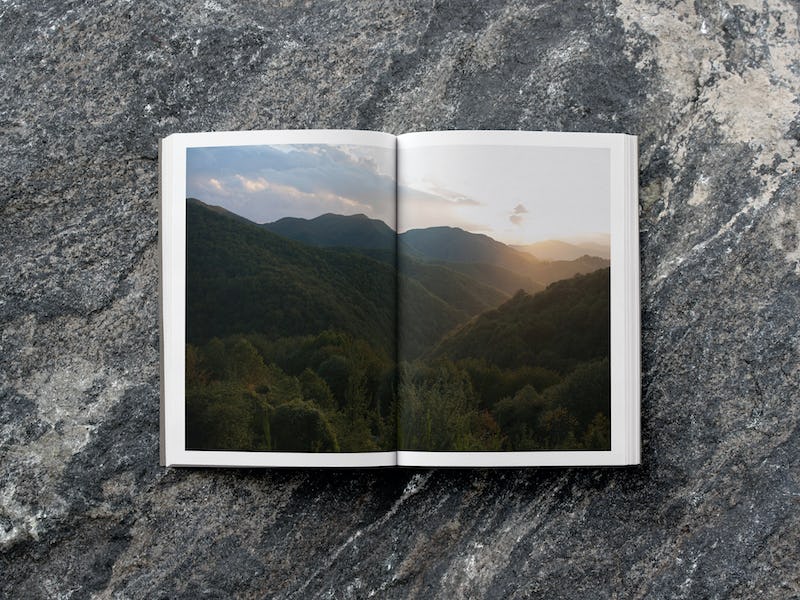 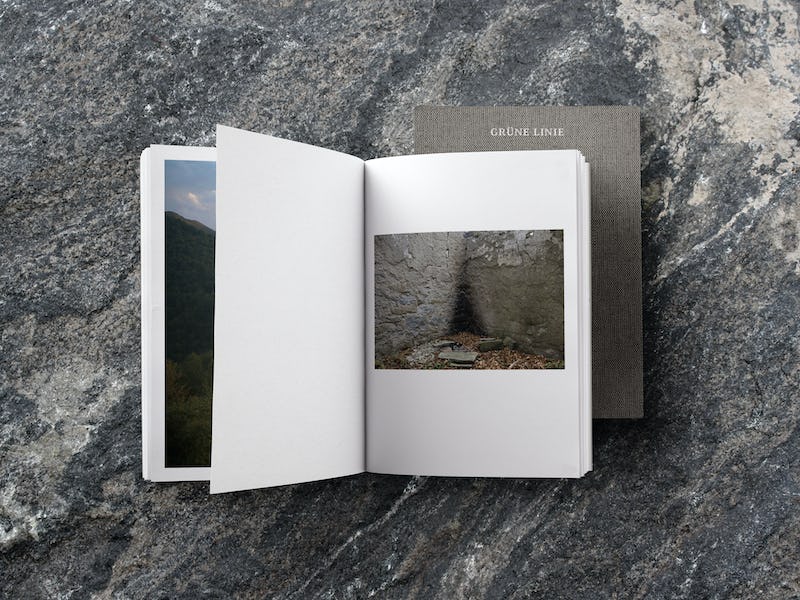 Giancarlo Barzagli: Photographer and video-maker, always interested in storytelling, spends his time between commercial work and research projects in the field of documentary photography. Following the echo of the stories he heard as a child, he has traveled and photographed the mountains where he grew up, in search of traces of distant events.

Wu Ming 2: Member of the collective of writers “Wu Ming” and author among others of "Il sentiero degli dei" and “Il sentiero luminoso". From the knowledge of the Brigade (protagonist of the collective work "Asce di guerra") he travelled through the same mountains, translating into a story the experiences he encountered along his path.

The funds raised through this campaign will cover the cost of producing the book and the map. Your donations will be collected only if the target we have set  will be achieved.

If we ca gather more than our goal we would like to add some features at the book, using different papers and materials and maybe adding a few more pages.

Print of 500 copies of the book

Print of 700 copies of the map

Bee.com Association is born in November 2009. It has been created by communication professionals with the aim to help and support associations, institutions and organizations from the non-profit sector in promoting their activities. It has already developed many youth projects in several different fields such as media-education, intercultural-dialogue, inclusion, human-rights, in cooperation with local, national and European actors. Beecom has also previous experiences and a strong commitment in enhancing social rights and values through communication campaigns and video-documentaries.