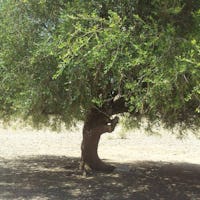 From neglect to beauty. Build an oasis to bring back a land that has been abandoned to decay after loosing its anciante source.

From neglect to beauty. Build an oasis to bring back a land that has been abandoned to decay after loosing its anciante source.

thanks to you we have achieved in record time the first objective, amounting to 2,000 Euros. This will allow us to install the tank and the irrigation system to give birth to our oasis and start our work to return the life to this earth after water theft.

Our gratitude is also a thank you for the trust you have placed in us. Just we will have the funds (about the middle of September) we will start the work and we will send you the photos from day to day

But we do not stop here!

because we still have 22 days until the end of the campaign and many messages of encouragement motivate us to aim for the second objective: to lay the foundations (but perhaps even the walls and the roof!) to the structure that will serve for seminars and the first laboratories . It would be great if already by December the boys of Al Auja could follow the first laboratory!

We tell you in a report with attached video every minute of this experience. Let us go forward until 8 September. Your every contribution will become trees and brick -andyour participation, togetheryour confidencewill be the engine that will allow us to grow Ibnatu Canaan up to be an example of active resistance in the find again splendor.

Do you want to continue to support us?

We are thinking of a new, symbolic reward to every supporter that is precisely the highest expression of Palestinian culture. A little thing that will come to you by mail, whatever your contribution. It is a very small thing, but we believe that those who love poetry will be happy to receive it.

What is it about

An Italian woman and a Palestinian man decided to merge their forces to create an eco-cultural oasis in a small piece of land, actuallysemi-desertic, sited close to the Jordan banks, in the village of Al Auja 10 km away from Jericho.

Aim of this project is to bring back the land to its intrinsic and original beauty; to show that a garden that has been transformed in a desert by stealing its water resources, can reclaim its routes, returning the garden it used to be, or rather an oasis.

The path that elevates degradation to beauty ispossible and necessary.

Why are we calling it “oasis” while at the momentwe are only dealing with dry land polluted by garbage?

Figuratively an oasis is a spot of beauty arising from degradation, a land of joy in a context of suffering, a place of freedom in a context of servitude. AndIbnatuCanaan will beall of this while also being an environmental oasis where the green Palestiniansonswill find their space, will have their name and their properties will be spread and this process will startfromthe first tree that has been planted in the oasis, the carob tree, a plant that has been named after the young Fares Odeh, who waskilled while he asked for freedom.As in a modern metamorphosis, the carob tree represents the life ofa child that was abruptly stoppedby a bullet in his 13 years of age, and that is nowreturningin the form of a son of the earth.

Because Ibnatu Canaan is convinced that harmony with the land ports to develop a solidarity made of respect for nature, and living in general, and exacerbates the sensitivity towards the territory and its history in a path that has as a goal the life and not death.

Ibnatu Canaanwill have a space for cultural, artistic and technical workshops dedicated to the children of the Bedouin village of Al Auja and the near villages.

It will also have laboratories for the travelers and archaeological-naturalistic excursions on the hills between the Roman ruins and the trees that survived drought.

a) a technological laboratory on renewable energies in which each participant will learn to independently produce a source of light by recycling waste materials;

c) an artistic laboratory where two Palestinian painters will give practical lessons of the "affresco" tecnique utilizing a border wall that already exists.


How we will use the funds

What is needed immediately is a cistern to collect and conserve water and distribute it to the plants until their roots will be self-sufficient.

We needmany other things because all economic resources have been invested in the first structures and especially in the land that from arid and rocky, has evolved into the land of Ibnatu Canaan.

We will need a wooden structure for the laboratories, a toilet facility for visitors, a photovoltaic system to use solar energy, an oven for the women who will prepare traditional food, a small brick structure for seminars, projections and exhibitions that cannot be outdoors.

In order to finalizeeverything we'll need at least 25,000 euro andwe'll slowly make it, but the key thing now is the cistern and way less than that is enough. Let's start with that.

That's us, the founders ofIbnatu Cannan. An Italian woman (Patrizia) and a Palestinian man (Morad) who togetherhave decided to give life to this eco-cultural oasis restoring hope to those who are abandoning their land. But behind this project there are also all those people who have shared the importance of giving beauty to a degraded land and make it a place of education and enjoyment of what is the common good.

Among those who believed it and sustains us there is the Sunshine4Palestine association that will be implementing the laboratories of renewable energies; there is the great Italian illustrator Emanuela Bussolati who offered us the logo; and then there are all of those who have loved our idea and have gave us their moral support, encouraging us to overcome a lot ofdifficulties and to give birth to the project.

We believe that throughout this campaign we will be able to give so many people the honour and emotion of being defenders of human rights through the recovery of the beauty of a violated natureand the respect of the historical memory of a place and its people.

The planting of trees will give life to the oasis, the first step to the recovery and enhancement of the desertified land in this part of the Jordan valley.

Come visit us and we will let you plant a tree. If you can't come we will update you with the photos on the development of our project, the growth of this Canaan's land creature in which you too have participated.

I am a supporter of human rights, and among these, there is the right to the protection and enjoyment of Nature in full respect of every living thing. My commitment to Palestine took me to weave my interests with those of a Palestinian man and together we decided to give life to this project by making public use a private land and making an example of possible development that returns hope for the future and gives life, beauty and fun to resist.