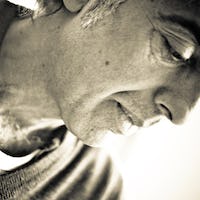 Italy
Design, Technology
Widget
Copy and paste the code below on your site or blog
Text copied
Shortlink
Text copied

A contemporary art project where young people are inventors of their own future, players and spectators future actors

A contemporary art project where young people are inventors of their own future, players and spectators future actors

Italy
Design, Technology
Widget
Copy and paste the code below on your site or blog
Text copied
Shortlink
Text copied

A work of art to travel through time

With the artistic project "IOTIAMO 2045 Time Capsule", I wanted to record the reality of this period dominated by unrelenting processes of transformation so as to give student's of the future a glimpse of man's identity and historical memory at the turn-of-the-century.
Through creative workshops in the schools, I have collected the testimonies of children who have left a visual and audio track that will be preserved in the time capsule. These young inventors of their own future, which are a part of that renewed humanity with their fragments of life, offer us a testimony of a historical moment and by accepting to face the challenges of life, convey that hope for the future which is life-giving for our society and has been redefined according to the new values demanded by the times, may become a factor in cultural, social and economic development.
"IOTIAMO 2045 Time Capsule" can certainly not be seen as a nostalgic piece of art made for a museum with its intangible wealth to be admired with regret, but must necessarily be offered to the community as an incentive to seek a new identity, or at least original in any case, because when the winds of history change, you can feel in the air, the force of that wind which may be used to open new eras.

With the creative workshops in the schools, I have met many young people and have found out that many of them still believe in love, in the love for life, for parents and friends. They pay a lot of attention to people, diversity and the environment as well as being able to invent new languages and are extremely creative. They are the first global generation with convergent values and ways of thinking, and this is why they need social recognition.

The first "journey through time" took place with the elementary children at the Istituto Maria Ausiliatrice in Novara on November 20, 2015. The children enthusiastically participated in the first Time Capsule Happening and have worked during the year along with their teachers to prepare a text to be left as a message for the future in 2045.
Together with them, I have placed the first brick of this art project will see light on Saturday, May 21, 2016 with the laying of the capsule at the School in Novara and once again in the near future, in 2045 with the opening and a dedicated event.

The goal is to raise funds to bring this project to other children in other Italian schools. Being able to listen and appreciate the world of young people is the primary duty of the entire society. 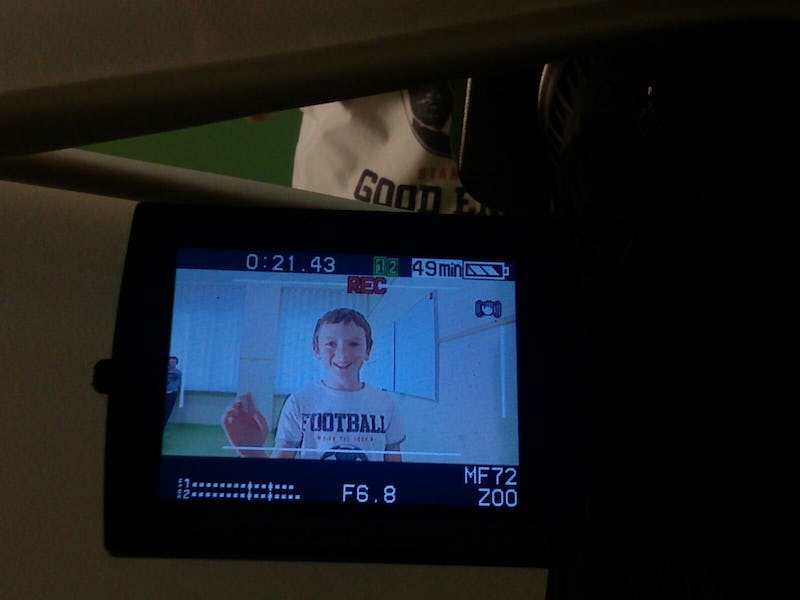 How will the funds be used?

The funds are needed to support this and other projects in as many Italian schools as possible over the next few years.
The experiential workshops in the schools are the starting point of the "IOTIAMO 2045 Time Capsule" and are conducted by myself, Antonio Spanedda, artistic researcher and founder of the artistic project IOTIAMO, in partnership with educators, school teachers and other guests.
The workshops last about an hour and finish with the registration of several visual and sound cues which may be edited for the video story. The experience has been developed according to a didactic model that leaves room for improvisation from the young people via forms of manual painting which, during the workshops, has the task of marking time. The students will follow a journey leading him/her before the door of time, a setting designed for recording audio-video tracks, and will be encouraged to talk to their future selves through the camera lens where they will share their secrets, ask questions and talk about their dreams and desires. During the school year and with the help of teacher and educators, they will develop a message of hope for themselves and audiences of the future. They will also be invited to donate small personal items which will travel through time.

To finance this project, I am creating 50 multiples of the art work entitled "IOTIAMO 2045 Time Capsule".
The work consists of a transparent plexiglass box (50x50x5 cm) containing: a sealed canister with part of the children's video story (in digital format), a commemorative book collecting and documenting the work of the Time Capsule and includes the children's messages, a fragment of a painting made by the children, an object donated by the children and an POP icon dedicated to IOTIAMO 2045 Time Capsule (HD print on aluminum, numbered in a series of 51 copies). (www.iotiamo.info). 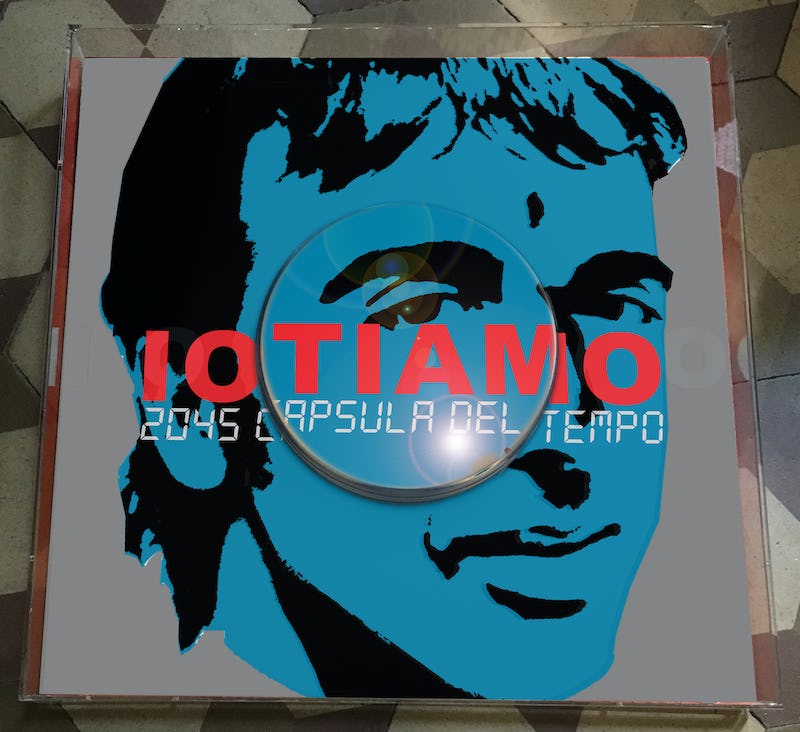 ACC is a cultural association for social development which supports my work as an artist. With the Testimonials of the IOTIAMO art project, I established in 2012 a nonprofit association aimed at spreading culture through art, as a tool for social cohesion. With Stefano, Marco, Gaudenzio and Sabrina, we have chosen to promote culture because it is our story, our present time, our gift we leave to future generations.
www.associazioneculturalecreativa.it

Antonio Spanedda born in Novara in 1961, has a degree in fine arts at the Academy of Brera in Milan. In the '90s presented to the public a show of aero-painting, and as an actor, participating in various TV broadcasts on national networks. He founded the group performer Clay and collaborates with Stalker, M.Pistoletto, V.Pisani, G.Fioroni, F.Mauri. In 2005 he exhibited at the Venice Biennale.