Italy
Music, Travels
Widget
Copy and paste the code below on your site or blog
Text copied
Shortlink
Text copied

Italy
Music, Travels
Widget
Copy and paste the code below on your site or blog
Text copied
Shortlink
Text copied

Fucina Culturale Machiavelli is offering a concert characterized by an unusual musical program which will see the collaboration between Orchestra Machiavelli and a folk duo whose popularity is rising in Verona and all around Europe: The Aroostercrats

The project's purpose is to take the public for a trip around folk music. Starting from the well-know composer Aaron Copland's views on folk music, Orchestra Machiavelli will perform his famous Appalachian Spring through which he re-elaborates country western music themes providing them with a more modern interpretation. The Aroostercrats will continue this journey performing their original works which will be re envisioned for the occasion through new arrangements made by Maestro Andrea Battistoni. 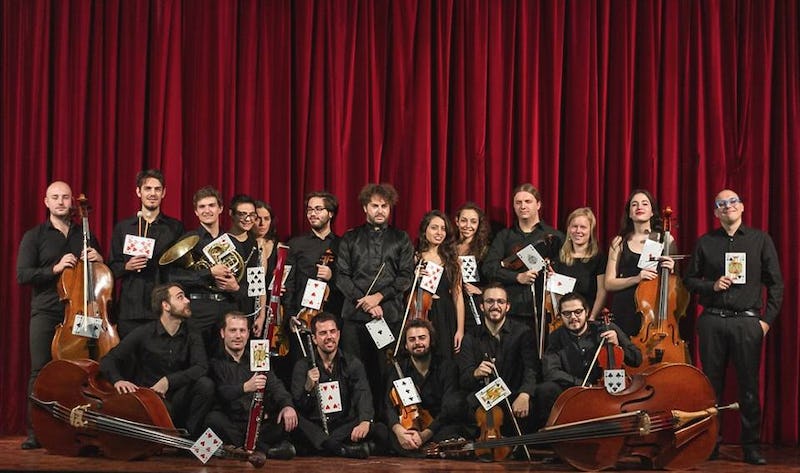 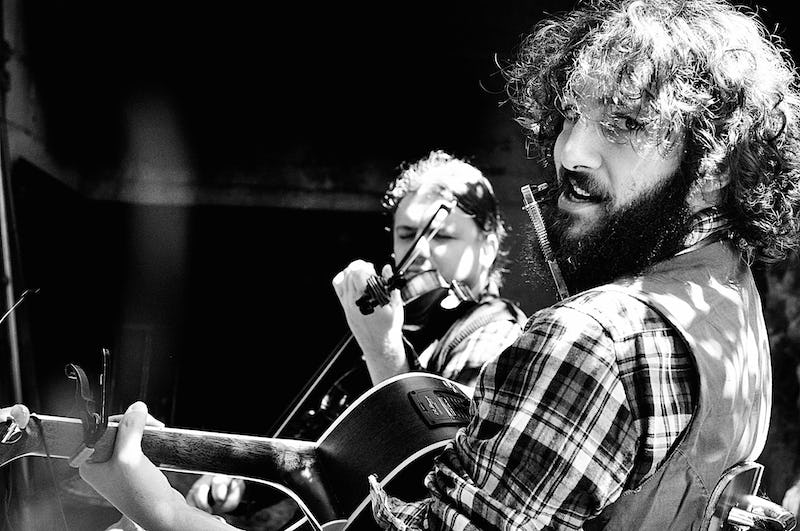 The received funds will be used to cover all the concert's expenditures such as musicians' expenses, the new arrangements, theater rent and the audio service. Funds will also be used to produce live CDs and DVDs which will record this special collaboration. 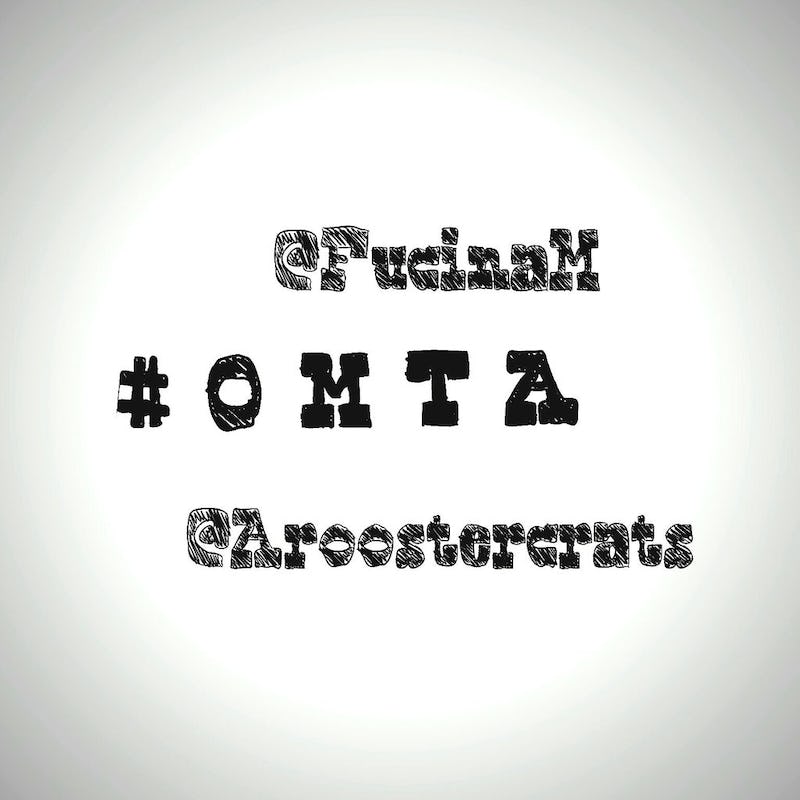 Founded in July 2015 in Verona, Fucina Culturale Machiavelli is a cultural organization which provides an innovative artistic offer within the urban cultural context. Its main goal is overcoming the metaphoric barriers which millennial traditions have created giving everyone, especially young people, the possibility to approach the art world. To do this, FCM has ideated a double artistic season ( musical and theatrical) characterized by the contamination among arts from different epochs and styles. FCM has also founded an orchestra, Orchestra Machiavelli, made up by young but professional musicians who collaborate throughout the music season with accomplished Italian artists like Mimmo de Tullio, Piergiorgio Ratti, Simone Tonin, Marco Fasoli and Andrea Battistoni.

The Aroostercrats began playing on street corners and bridges in Verona, the city of Romeo and Juliet, entertaining passers by with their unique, original blend of folk country music. It may seem strange that an Australian and a Polish man came together in Italy to form a duo reminiscent of a style originally inspired by American and Celtic folk music however it goes down easy like a nicely aged whiskey. The duo became good friends in 2008, while studying classical violin at the Conservatorio di Musica in Verona, and in 2009 branched away from tradition to form The Aroostercrats. Starting out on the streets of Verona they have now played throughout Italy and traveled to Ireland to play on BalconyTV Cork where their video of “Nowhere Train” remains in the Global Music Rumble top 100 videos for a whole year and is now an editor’s pick. Between 2013 and 2014 they got the chance to play in national and international festivals such as Busking Festival in Bolzano and Home Festival in Treviso. So far in 2015 The Aroostercrats have played at the Paradies Festival Obervinschgau in Malles opening for Hans Söllner (DE) and had their first tour in London UK playing on Sofar Sounds London, Jamboree and at The Troubadour which has seen the likes of Bob Dylan, Jimi Hendrix, Paul Simon, Adele and the list goes on.

Fucina Culturale Machiavelli is a cultural enterprise founded by young people for young people. Its name comes from the cards game Machiavelli. Art is seen as a game which must be played with proficiency, professionalism and perseverance. The concert That's all folk! is one of FCM's game where A. Copland's evocative folk music and the indie- folk by The Aroostercrats are mixed up together to offer the public an unique experience.