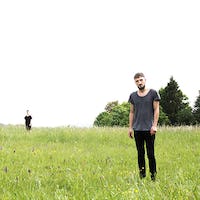 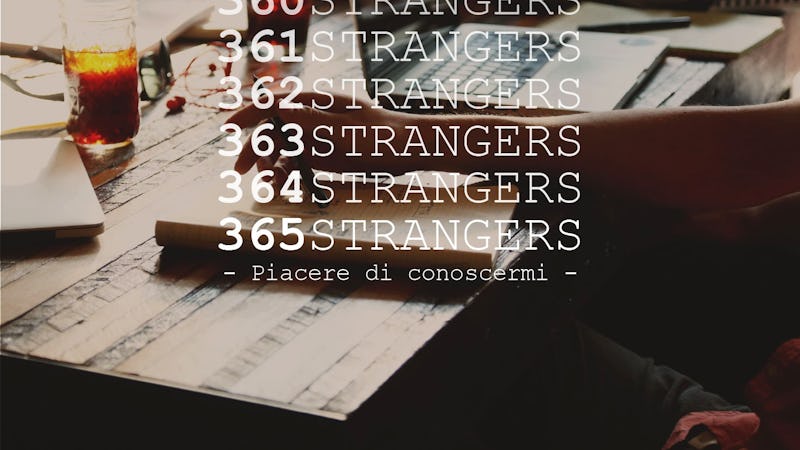 What is the project about

365 STRANGERS is a project by Davide Buscaglia and wants to be an exhibition in the historical center of Savona.

Davide Buscaglia, Psychologist, specializing in Gestalt Psychotherapy, fond of photography and storytelling, began 2015 with a purpose: to meet, know, photograph and recount a stranger a day, every day. He is doing this since January the first: on December 31st, he will 365strangers less, 365meetings more. A personal and social journey through identities and relationships, whose goal is to recount a year of meetings, reflecting on the identity and psychological consequences that arise from them.

It is a bit as if he was telling and knowing himself through the meeting, the story and the knowledge of the Other. Today the project is heading to the conclusion: the dream of Davide and the group that supports him is to bring the strangers outside the network, on the streets, in a real and accessible space, to tell this year of meetings and to remember that you can talk to strangers, even in the era of social, apps and technology.

Promoters of this initiative, in addition to the artist himself, are some young professionals who strongly believe in the project, in its powerful impact and in the desire to create an event involving the city of Savona. The wish is to be able, in the period of the exhibition, to revive the historical center of Savona and recount a city that wants novelty and fresh air and believes in the new forms of expression, new forms of art and new energies. Next to this, the intention is to involve local artists, musicians and that will enrich the event in few fixed days. During the exhibition period, the photos will no longer be posted online and all the communication of the project will be in the direction of the exhibition, which will be enriched continuously with new photographs and new meetings.

The project will be completed during the course of the exhibition and at the end it will count 365 photos and 365 stories, which involves quite high printing costs. Most of the funds will be used for communicating and staging the 365strangers exhibition.

The leftover will be used for organizing some events that will involve the visitors: concerts, shared happy hours and a flash mob that will allow everyone to get involved and try the experience of Davide, getting to know a stranger and being able to recount him.

The project was born from Davide Buscaglia and his daily experience.

By his side, Carlotta Berta, engineer and interior designer, supports him since January the first and is responsible for organizing and staging the event.

Virginia Mazzucco, art historian, has a specialization in Cultural Events Management and assists in the coordination of the project.

Giacomo Checcucci, editor, helps the team in the review and planning of events.

Federica Pastorino, doctor in Business Management, helps in the management of funds.