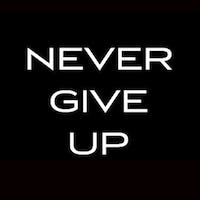 NEVER GIVE UP on-line platform

NEVER GIVE UP on-line platform

NEVER GIVE UP is a non-profit organization committed to research and treatment of EatingDisorders (ED).

It was founded in 2014 with the intention of developing innovative online and offline platforms to support teens, especially - the population age range that is most affected by such disorders (representing about 73% of all people with Eating Disorders) and that faces a number of difficulties asking for the help of professionals. As well as this, their family members, friends and teachers also need support on behalf of professionals. What is most worrying is the fact that anorexia and bulimia are the leading causes of death from disease in adolescents aged 12 to 25 in Italy (Source: World Health Organization).
In Italy, 3,665,000 people are affected by ED (70% females and 30% males). 2,665,000 of them are teenagers and young adults aged 12 to 25 (34% of the population in this age group), 1,450,000 of whom suffer from bulimia, 750,000 suffer from anorexia, and the remaining 465,000 suffer from Binge Eating Disorder (BED) and from eating disorders not otherwise specified (EDNOS).

It is believed that only 10% of those suffering from the above-mentioned disorders seek treatment services due to the lack of recognition or underestimation of symptoms, inability to ask for help, and fear of being judged (Source: Italian Center for Psychogenic Eating Disorders). Eating Disorders (ED), such as anorexia nervosa, bulimia nervosa, Binge Eating Disorder (BED) and eating disorders not otherwise specified (EDNOS), lead those affected to living with the obsession of food, weight and body perception. Contacting a professional for help is often highly difficult for them.

NEVER GIVE UP was developed to break down this wall, support and protect people, often youngsters, from online sites where chats and interactions unfortunately often conceal incitement attempts to anorexia and bulimia, thus exacerbating the disorder itself. Instead, NEVER GIVE UP has developed a site for positive sharing. Specifically, it offers a free site aimed at teenagers and young adults facing difficulties towards food, weight and body perception, and close members (family members, friends and teachers) through:
- www.never-give-up.it platform to participate in online support and sharing groups moderated and supported by psychologists and other professionals thanks to a live community chat service.
- on-site locations where sharing groups and creative, expressive and psychomotor activities take place.

NEVER GIVE UP is designing a development plan for residential facilities for the treatment of Eating Disorders.


​​NEVER GIVE UP: MISSION

Fighting Eating Disorders to stop anorexia and bulimia from continuing to be causes of death.

Breaking down barriers to seek help and prevent that lack of self-esteem may turn into an Eating Disorder.

NEVER GIVE UP: SCIENTIFIC COMMITTEE

NEVER GIVE UP is supported by a Scientific Committee of excellence that provides an integrated multidisciplinary approach and comprises leading professionals who have gained excellent standards in facilities, both in Italy and abroad, for research and treatment of Eating Disorders.