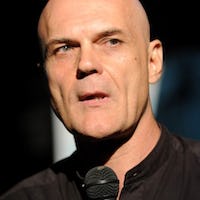 The 21st International Festival of Urban Theatre Improvvisi Urbani needs your help, the funds placed at our disposal are not enough this year. It is an exceptional event for the quality and type of shows.

The main idea of the festival is the journey in 2015, born from the assumption to break down the limits of physical and intellectual movement that characterize contemporary society. A good part of travelers, today, limited to being tourists, to see without looking, to live the location for the name by which the 'bought and living realities in their own right torn out of the place in which it is located.

In the idea of the trip we were chosen to celebrate the 750th anniversary of the birth of Dante Alighieri to the TRIP which by definition has made our poet through the three otherworldly realms.

4 shows are chosen for this celebration, the first three shows, trace the journey of the poet through the three otherworldly realms of Hell, Purgatory and Paradise and will do according to the original design conceived by Emilio Genazzini, Artistic Director of Improvvisi Urbani. Hell will be presented in the evening in the shadows of the street lamps, in the far reaches of the Giardino degli Aranci for the occasion will become the "dark forest".

Abraxa Theatre was founded for the development of contemporary theater. In particular, it works to integrate the theater of research in society today, specifically emphasizing the communication relationship between the audience and the actor. Communication that creates a "state of cultural growth" mutual, using the artistic enjoyment that evokes the enjoyment of the event spectacular. For these reasons the company was supported by the Ministry of Foreign Affairs and has been recognized and financed since 1998 by the Ministry of Culture as a theater of Innovation and Research. 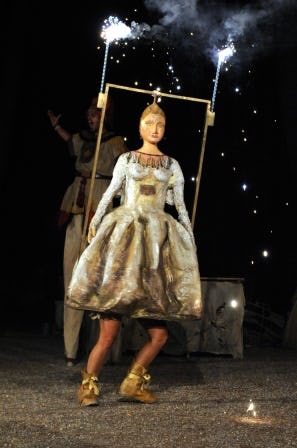 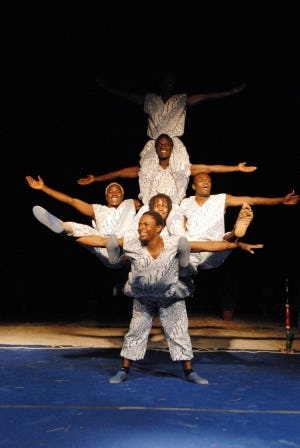 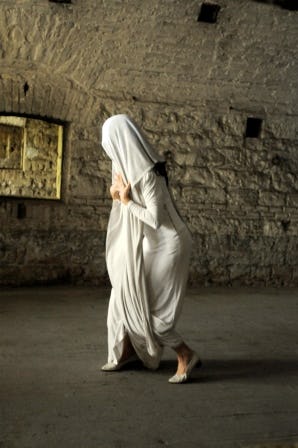 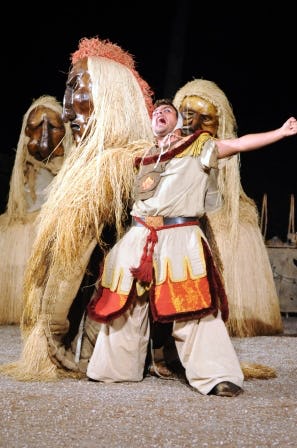 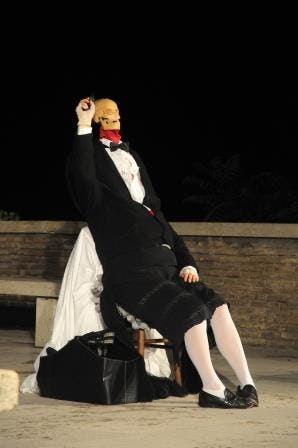 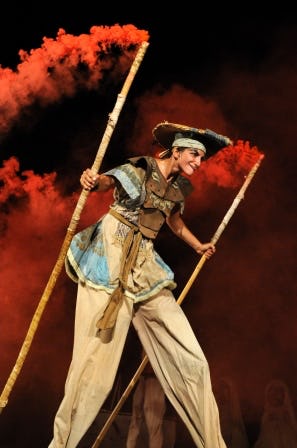 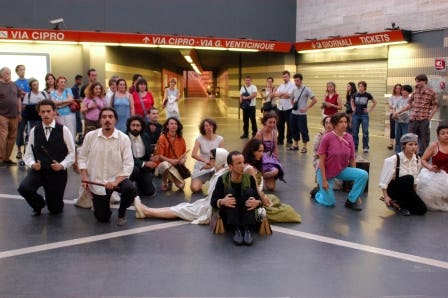 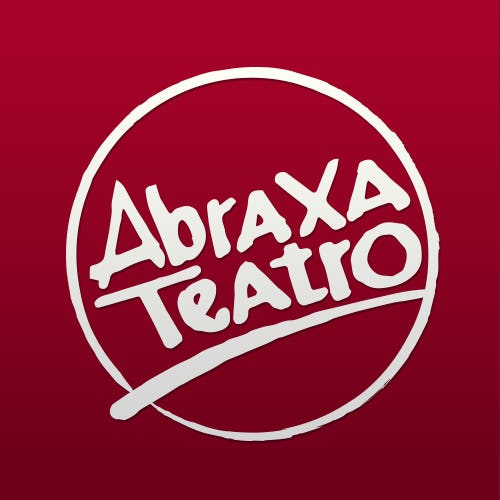 Emilio Genazzini Abraxa Theatre Artistic Director of the company. At the end of 1977 took his first steps in the theater as a self-taught and is in 1979 the Association La Capriola with the aim to disseminate the feeling artistic activity. In 1981 he founded the company Abraxa Theatre. Artistic Director of the "International Festival of Urban Theatre" in Rome, designed and built the first time in 1994 and for some years called "Improvvisi Urbani".