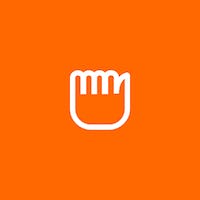 Italia
Civic, Technology
Widget
Copy and paste the code below on your site or blog
Text copied
Shortlink
Text copied

Just Knock is the Startup that allows you to find job for the quality of your ideas and not for the lenght of resume.

Just Knock is the Startup that allows you to find job for the quality of your ideas and not for the lenght of resume.

10,185€
101%
PostepayCrowd
Successful
All or nothingGoal: 10,000€
Italia
Civic, Technology
Widget
Copy and paste the code below on your site or blog
Text copied
Shortlink
Text copied

Where was the idea born?

Marianna and Arianna met each other while studying a Master in the Politecnico di Milano, where they used to develop projects together as part of their studies.

They realized with this how much talent was not being taken advantage of from the students because either they didn’t have the right company contacts to whom propose their projects and ideas, or because they feared they would be “stolen” when proposing them. As a consequence of this, an idea was born to reply to a concrete need:

“Why don’t we create a platform that allows the students to propose their ideas to the companies while protecting the intellectual property?”

That was the beginning of Just Knock. They had started working on what would become their passion; a job with no schedules, tons of perseverance and belief in it.

Just Knock went online in February 2015 (http://justknock.it), becoming a completely innovative way of talent scouting fully based in meritocracy. Just Knock believes that nothing can speak better for yourself than your ideas.

From the very first beginning, many important companies recognized the value behind Just Knock’s idea, and believed in the model proposed by it: adidas Group (who has already opened a first idea and with it has spotted a talented candidate), Alessi, Artsana Group (Chicco, Pic, Lycia, Control), Boffi, Viso, Poliform and Valsoia.

Some of the most recognized Italian Universities are also giving Just Knock their support in promoting the initiative among their students.

​A new way of talent scouting

It’s not new that the labour market is going through a deep crisis. Especially the young people are facing a harsh reality in the employment sector. The companies, often perceived distant and unattainable, with an increasing job demand, face the difficulty of identifying potential young talents that can fulfil all their expectations. The resumes, very similar between them (especially from young people with few job experience) keep on accumulating on the managers’ desks without succeeding in recognizing the real talent and capacities behind the candidates.

As a result, there is a high dispersion of talent, intellectual and creative capital that if properly recognized, could result in innovation and development for all the society.

In this today’s reality, the need to look for new methods of recruitment has become urgent.

Just Knock: A brilliant idea in exchange for a great opportu

Just Knock provides a channel that allows direct communication between the young talents and the companies and as a result, a new model of collaboration: simple, meritocratic and mutually beneficial.

With free registration on Just Knock, young talents (between 19 and 29 years old) can upload and submit their ideas and projects of any nature (for example product, strategy, digital, communication ...), directly to the companies on the network, in a quick, simple and protected way.

The system allows the user to have an automatic protection of the intellectual property of the project or idea that’s being proposed: a brilliant idea in exchange of a great opportunity.

On the other hand, when becoming part of Just Knock’s network, the companies will be able to receive numerous external creative ideas and will be able to evaluate external point of views with this, that will help them to meet better the demands of a constantly changing market and spot in a more efficient way the most talented candidates in who to invest.

Evaluating a candidate only through a resume, means limiting the people’s potential and looking only at teorical skills and practically turning them into a number. With Just Knock, the practical skills will be able to be evaluated, which will allow the candidates to demonstrate proactivity, affinity and project design skills.

The dream and perseverance of the 25 years old Founder, Marianna, of giving voice to the talent so that no one should give up their own ideas, meets with the vision of the 29 years old Co-Founder Arianna, who managed to understand and helped developing the potential behind that dream that later on met reality also with the entrance of 27 years old Luigi to the team, who approached the project with enthusiasm, bringing necessary skills to achieve the first major objectives.

Today, the team has grown becoming four full-time people who work with heart and soul in order to make this opportunity known.

All of them accomplices and with a common love: Just Knock. 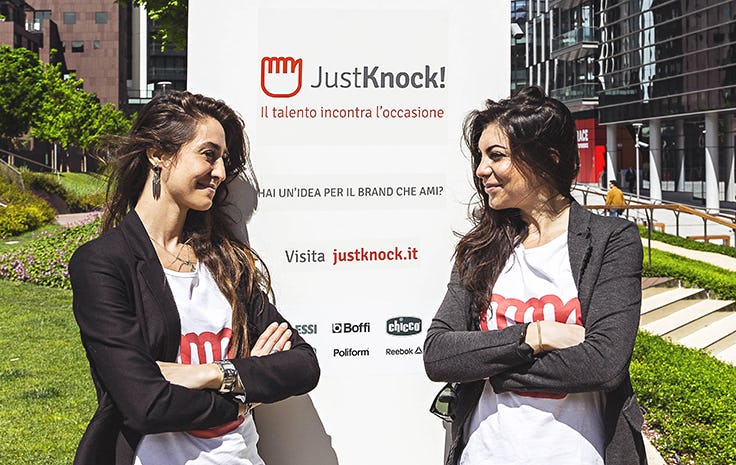 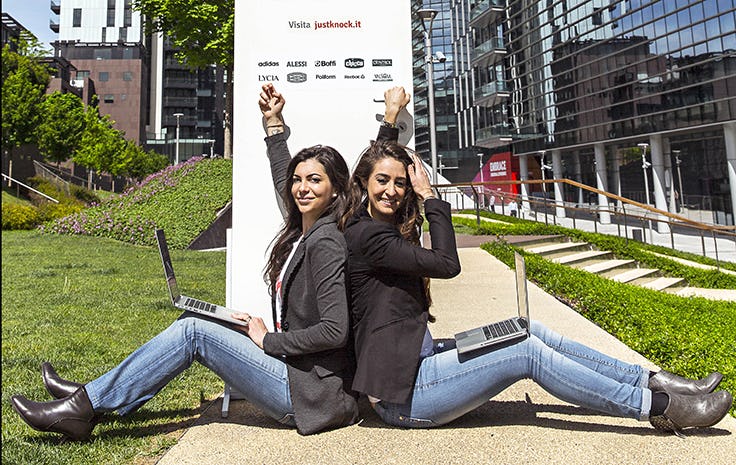 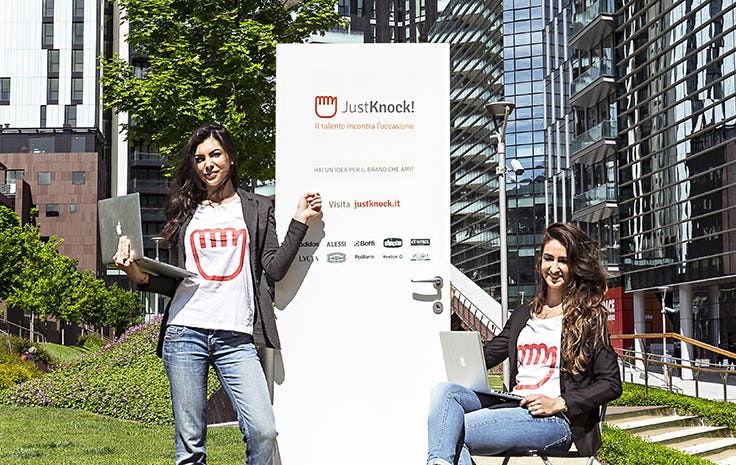 Just Knock decided to approach Eppela for a fundraising that could support Just Knock’s growth and development:

We want all the young talents to know about this new opportunity!

In order to reach this objective, we need to invest in our communication initiatives and develop an App that can ease for the users Just Knock’s use to spread their ideas.

We help young talents find the opportunity they want!

Our most sincere thanks for your support. We chose a range of Just Knock branded gadgets and also much more!

From the indispensable notebook for the creative minds, to the anti-stress idea bulb, the Just Knock’s T-shirt, etc, all our products will be delivered to our supporters home once the campaign is over.
If you are curious to meet a Startup “behind the monitors”, we are happy to offer you a drink and share with you our adventure!

We also thought of a "mystery box" with a surprise product from one of the companies in our network!

Talent meets opportunity.
Just Knock s.r.l. is a society born in semptember 2014. Just Knock provides a channel that allows direct communication between the young talents and the companies and as a result, a new model of collaboration: simple, meritocratic and mutually beneficial. A new way of talent scouting, which focuses on talent of young people.