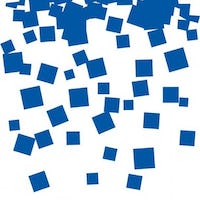 In Ostuni the commemoration of the Passion of Jesus Christ.

In Ostuni the commemoration of the Passion of Jesus Christ.

Ostuni, the White Town has several similarities, especially from a landscape point of view, with the historical places that Jesus Christ has moved during his last days.

The Cultural Association "Salviamo il Bianco" wants to commemorate those events, joining the popular devotion with the art of theater.

The purpose of this project is to create an appealing event in order to deseasonalize the local tourism during the spring, but also to act like a glue that binds every organization present in the territory, in order to achieve the goal of finding the sense of Community.

Ostuni, its White and its oldest district "La Terra" have always been the main objective of “Salviamo il Bianco”.

Indeed, the Association wants to promote and organize cultural and entertaining initiatives in order to gain useful funds for the painting of the old town of Ostuni.

The commemoration of "Passion" will take place during the weekend of March 29 and 1st of April 2015 and will be structured in three steps:

2. the Via Crucis - Via Bixio Continelli,