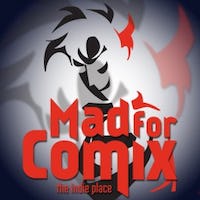 What if, at the last minute, there was an alternative? What would be the price to pay? Would it be a gift or a curse? Alex Under had just turned thirty when his life changed forever.

What if, at the last minute, there was an alternative? What would be the price to pay? Would it be a gift or a curse? Alex Under had just turned thirty when his life changed forever.

2,729€
Expired on 31 May 2015
13%
PostepayCrowd
Closed
All or nothingGoal: 20,000€
Lucca, LU, Italia
Art, Publishing
Widget
Copy and paste the code below on your site or blog
Text copied
Shortlink
Text copied

"D.o.A. - Death or Alex"
A concept by Alessandro Pilloni, character by Massimiliano Veltri

D.O.A. is a sci-fi comic book series with a structure similar to that of recent American TV series. The first season of D.O.A. is comprised of eight episodes with roughly 30 fully scripted pages each.

Alex Under had just turned thirty when his life changed forever.
Alex lives in Vertigo, a multiracial megalopolis, a corrupt and bad city where 30 million people seek shelter from a leaden and oppressive sky. Violence, corruption and immense fear meander among the dizzying glass and concrete skyscrapers, the hopeless slums and the sordid, dangerous alleys.

On the evening of their first wedding anniversary, Alex and his young wife Meredith are walking through a dark alley called "Calle Martinez - Alley 14", when Mark Bullet emerges from the darkness with a gun, demanding everything they have and more: Meredith!

Alex confronts him with desperate courage. He fights, but he can’t stop the bullet from hitting Meredith.

With a harrowing cry, Meredith collapses and darkness descends upon her blue eyes …

Alex Under will have to challenge Death every day. He will have to find alternatives to his own life: men and women to die in his place in order to gain Vital Weight to give to Meredith, as to save her life.

A strange animal, half dog half monkey, will help Alex in this endeavor. Its name is Aghot and it is a "pashval", a supernatural creature which can speak to Alex’s thoughts, announcing the exact moment when Death is coming back to claim him.

Criminals, abusives and those who do not deserve to live will die in Alex’s place. Alex will have to become judge, jury and executioner. However his challenge is also his doom: he must survive in order to die in Meredith’s place…

What do we want to achieve?

We are turning to Eppela to raise the necessary funds for the production of the first four episodes of DoA.
Should the fundraising campaign succeed, the next step will be to publish a book that contains the first four chapters of the series (about 120 pages, in color), which will be distributed digitally, in Italian and English, through the MadForComix app (iOs and Android) and on paper, with a limited edition first run of 1,000 copies.

The estimated cost amounts to € 20,000, which would be divided into the following main items of expenditure:

The Team of Authors

He does not like to talk about himself but he’ll do it, in the third person, if asked to write a short biography. He draws while listening to music in minor chords. As a freelancer he has worked with: Marvel, MadForComix, CICAP Shockdom, Verticalismi.it, Crazy Monkey Ink, NAS Studio, Absoluteblack Dark Comics, Mantis Studio Comics.

One day he will learn to play.

Born in Arezzo in the remote 1969.
After graduating from the local art school he moved to Bologna to study at DAMS. He started drawing comics, but soon after abandoned them to devote himself to his other passion: cinema. He went to Rome and began to undertake a series of jobs that were, at best, underpaid. Tired of Hollywood on the Tiber, he returned to Arezzo and along with three other adventurers he founded Noir Production: an audiovisual production company. He directed some music videos for underground Italian bands, then debuted on MTV with a clip shot entirely in stop motion for De Glaen. After three years of hardships, he sent everything to hell and began working in the Marketing field as an Art Director. Now, after a twenty year hiatus from being a cartoonist, he has irresponsibly resumed drawing. After illustrating a comic insert for the vinyl edition of the album "Hermann" by Paolo Benvegnù, and courting the various editors at Lucca Comics, he was enlisted by MadForComix.

Earned a degree in Graphics and Multimedia Design at the Faculty of Architecture of Valle Giulia, in Rome; then began working as a draftsman as well as 2D/3D graphic designer. He attended the Roman School of Comics where, in 2013, he and some fellow students published 'Hollywood di sangue' (Hollywood of blood). That same year he collaborated on 'Violent Hill', first comics series 100% made in “Verticalismi” and began working with MadForComix.

Digital colorist currently residing in Austria, self-taught, he juggles deadlines, reading and dodging the blame. He’s desperately trying to find the time to finish his own project. An avid consumer of comics (American and Argentine, especially) and genre films, he feels a bit silly writing about himself in the third person. And will end it at that.

Web designer by day and seditious cartoonist by night, splits his time between html, comics and zombie movies.

When he is not losing hours of sleep on a comic strip, he can be seen partaking in noble sporting activities such as kung-fu and beer-pong.

He lives in Milan and almost never greets his neighbors.

Born on May 24, 1983 in Como. He is raised on the banks of the lake, between the mountains and the sweet water; and after becoming acquainted with pencils, markers and brushes, he decides to undertake the honorable and perilous path of Knight of the Order of Comics. Firmly grasping a blunt pencil, he faces a short battle in the fashion and textile design industry. Defeated, he decides to brave the cold and fog of the ungrateful Padan Plain in search of glory and other Famed Knights.

He now uses the blood of the defeated to color the adventures of other Knights of pencil and ink, thus sustaining many stains.

In real life he is a social worker, but when darkness and silence envelop his room, shouting "Klaatu Barada Nikto"; he becomes an aspiring writer, a character of dubious artistic value with a consistent and brilliant passion for writing, who tours the nation boasting his screenplays and novels. Opposed to dress shirts, he has been dubbed “least elegant man in the universe.”

was born in Ferrara in 1976, has been a multi-instrumentalist musician since 1993, a comic book author since 2011 and a professor of language and foreign literature since 2013.

The photo is recent, so you can’t tell me I’m trying to look young.

was born in Brescia on April 2, 1981. He graduated in philosophy at the University of Verona in December of 2004. A few months later he approached writing by becoming part of Anonima Scrittori, a literary collective to which he still contributes. A big fan of comics, he is striving to publish his own productions as well as making the roster for ICW - Italian Championship Wrestling and constantly experimenting new ways to enjoy life. 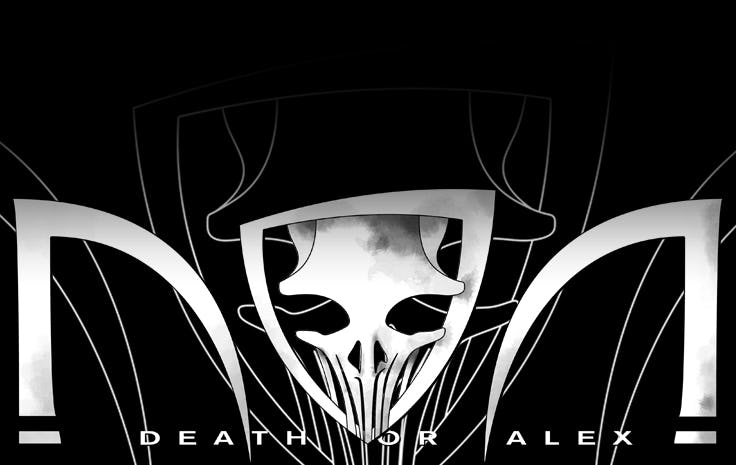 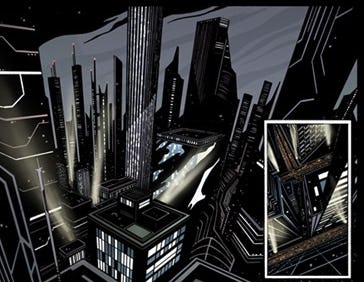 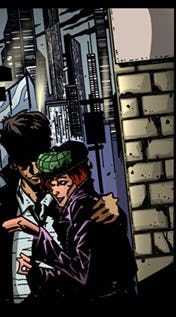 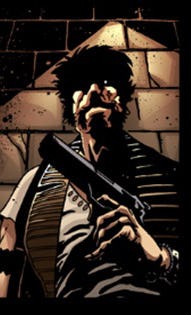 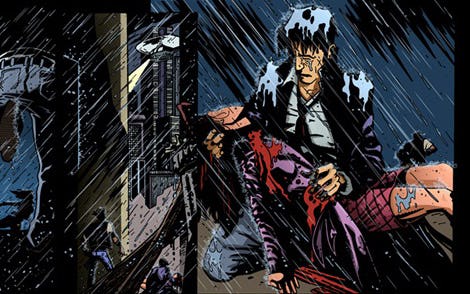 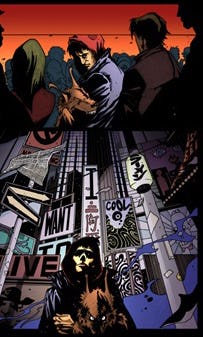 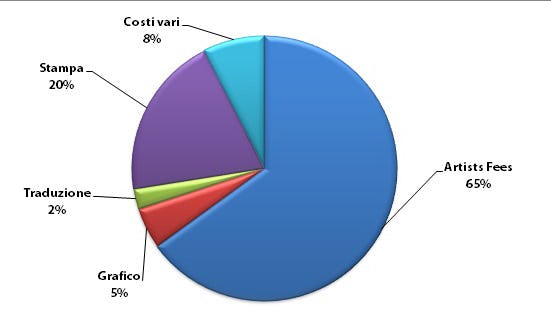 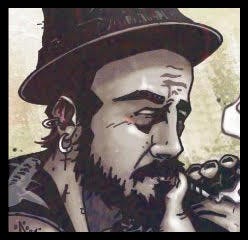 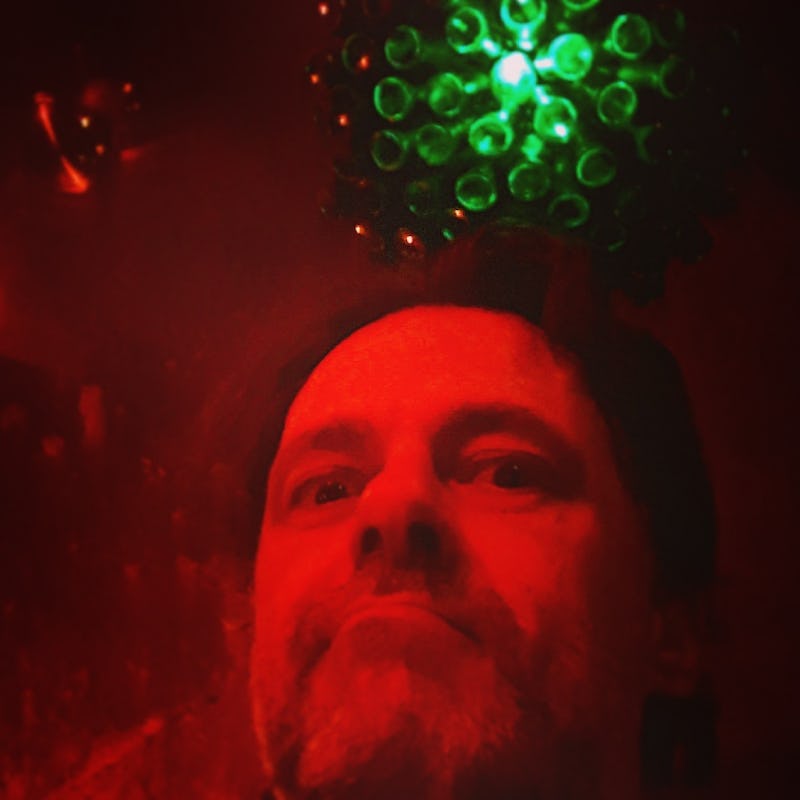 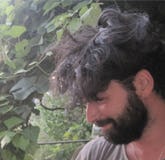 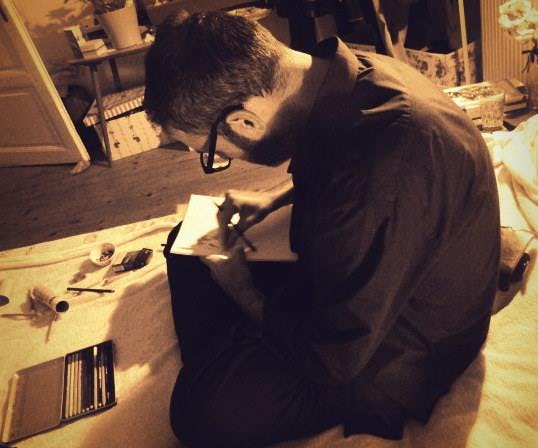 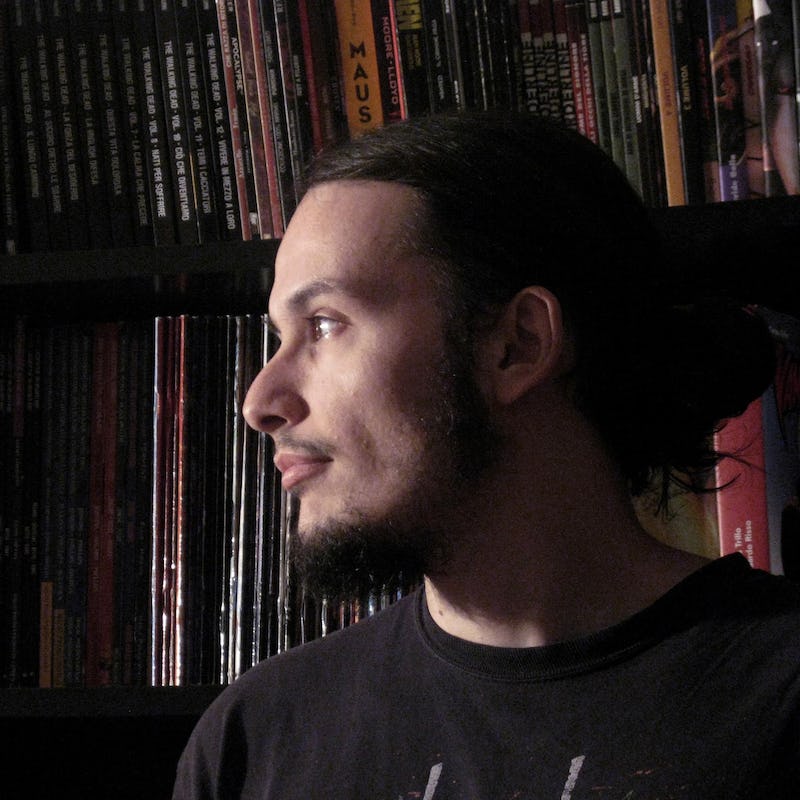 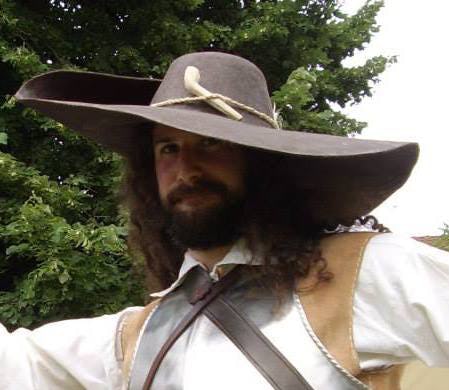 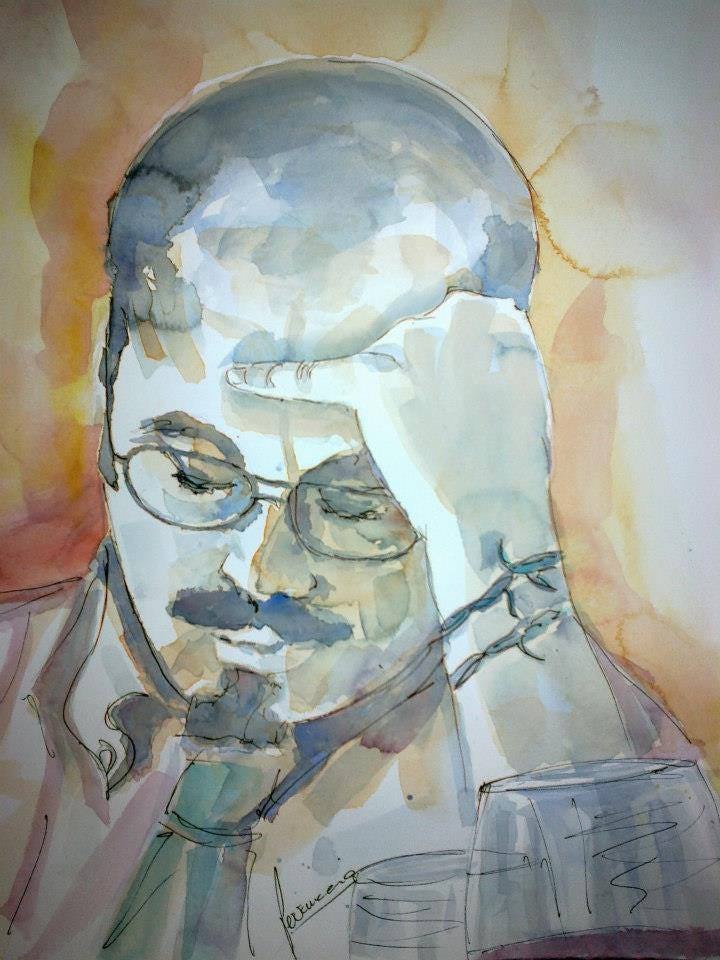