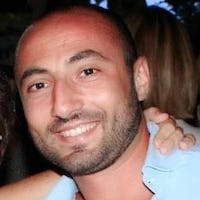 FindMatch is the only platform which allow you to find the best venues with your sport event.

FindMatch is the only platform which allow you to find the best venues with your sport event.

Findmatch is the new service which allow you to find right away any pub/restaurant which broadcast the match chosen by the user (from soccer to tennis, from rugby to cricket).

In particular, the user will be able to choose the proper venue through different option such as: type of search (pub, pizzeria, restaurant, bar) and service audio video offered (big screen, running commentary and number of televisions).

The venues have available a new platform through which they are able to advertise efficiently to a wide audience their sport coverage. It will be available to reach new interested customers avoiding the use of traditional marketing tools such as Facebook and Flyer which are useless and expensive at the same time.

Thanks to Findmatch will finally be possible to connect people who want to watch the games out of the house and those who want to advertise one of the most expensive services within venues, namely pay-TV.

Findmatch is the advertisement in the right place at the proper time!

Findmatch was born as an idea in November 2013 because we weren’t able to solve the problem of finding right away the venue which broadcasted the match we wanted to watch.

Therefore, we decided to put on a team in order to create a prototype of the app. In May 2014 was launched the first beta test for iOS and later, in September 2014, was launched the basic version for Android as well. Since its birth Findmatch has been totally self-funded, but to date with its presence in some italian cities and mostly in Rome, it has been able to show our users more than 500 games.

Recently, we took part in the national event of start-up “Pitch & Drink” , getting a 4 place in the ranking of Italy as most innovative idea.

Mattia Goduto, a degree in economics, he worked in different companies, with a keen interest for the world of start-ups and the digital.

Stefano Lino, a degree in Economics, has got several years of experience in the commercial field.

We have decided to use the Eppela Platform, but our purpose is aimed at everyone who wants to join our project for:

Just in this way we can allow anyone to find the right place for watching the favourite match!

For being grateful for helping us in our project, we have decided to give you:

The wheelchair that will revolutionize your daily life!
60% Funded
-30 Days