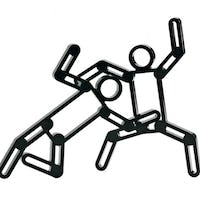 Help us producing the first series of LampBED, the lamp made from recovered acrylic!

Help us producing the first series of LampBED, the lamp made from recovered acrylic!

Davide is outside, on the courtyard of the laboratory. He desperately tries to withstand the irresistible call! For years he has been feeling this incomprehensible attraction for the tank where the plastic carvers, with whom they share the laboratory, discard their wastes. Every time he tries to stay away from it, but every time he gives up and starts to rummage in order to spot anything he thinks can be recycled. As he goes back inside his arms are overloaded with wastes.

“miiiiiiiii…” [“holy s**t…”] Manuela is from Calabria and she is sick of watching Davide accumulating useless wastes into their narrow studio.

“ce va’ acchiann’…? [what do you want…?] Sooner or later they’ll be useful” Davide is from Lucania.

One year ago, standing in front of a pile of wastes, Manuela, Davide and Gabriele began wondering how to use them. The three partners have different background, but they share the interest in creativity and communication. Years ago they founded a company of services that operates in Exhibition, Interior and Retail Design. For years they have been proposing solutions to the customer’s request; later they became artisan designers themselves and start to realize their products inside their own laboratory; one year ago, standing in front of that apparently useless pile of acrylic wastes, they decide to transform them into their own brand: SOB Shaping Outside the Box!

SOB is an artisan design laboratory. Manuela, Davide and Gabriele conceive and realize design objects re-using the wasted materials of large-scale productions. They started one year ago with fashion accessories proposing four collections inspired by the shapes of classic and modern art; all the accessories (in laser-carved acrylic, then hand-shaped and assembled with “Made in Italy” components) are conceived, designed and realized inside SOB laboratory.

They have realized an e-commerce website and launched several web and social marketing campaigns to promote the new brand.

Three months ago, on the courtyard of the laboratory, 1473 identical acrylic panels appeared among the wastes. The three partners began to watch them, to measure them, to sketch on them… then the idea: a lamp with a traditional shape, re-elaborated into a modern and minimal silhouette, extracted from those small acrylic panels through laser machineries… four holes, four screws and a polypropylene truncated cone as lampshade.

“mates…!” Davide happily notices that the negative of the lamp’s silhouette remains from the laser carved panel.

“daje socio…!” [“yes mate…!”] Gabriele is already wondering how to re-use them and grabs the note-book where they have sketched their ideas…

“miiiiiiiii…” [“holy s**t…”] Manuela is terrorized by the idea of 1473 wastes of wastes inside the narrow laboratory… then the idea: “we use the waste of waste for the packaging… and we have no more wastes…!”

The three partners have the idea; they have elaborated it; they have realized and optimized the prototypes; the materials are ready on the courtyard; they have an e-commerce website to commercialize it; but they need eppela’s help to start the first production of LampBED… the first furnishing accessory branded SOB! 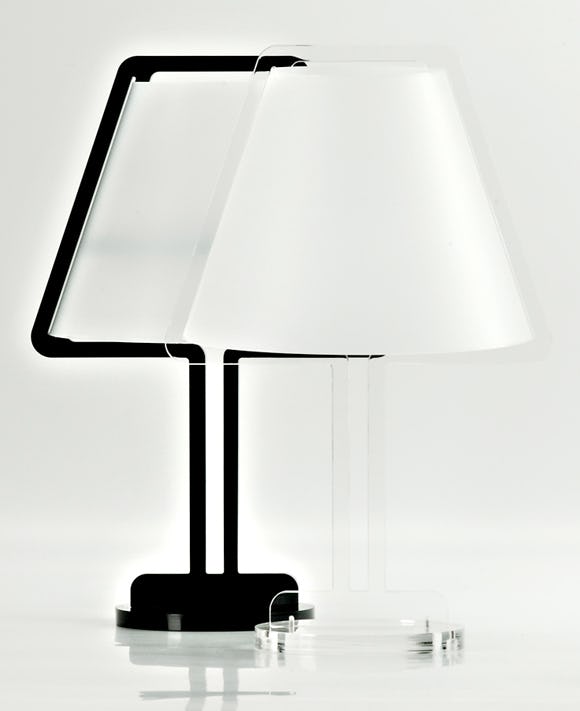 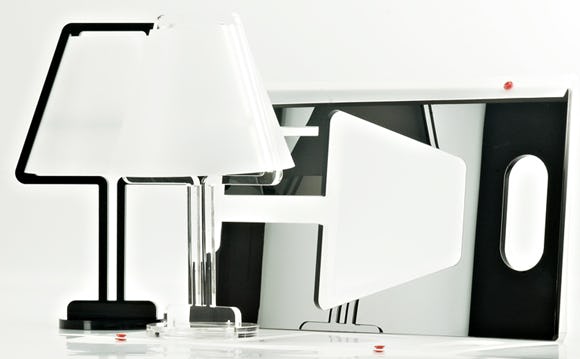