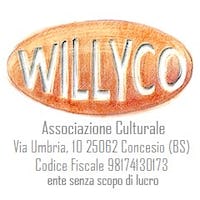 The physicist Ettore Majorana was born in Catania August 5th, 1906.

From the age of four years manifests a unique skill for mathematics.

High school, Ettore concludes them at Liceo State Torquato Tasso in Rome with a year in advance. Then, in 1923, he enrolls in the Master of engineering that he obtains easly and with great profit.

In 1927 he is persuaded by his friend Emilio Segre to join the research group that had been created around the chair of Enrico Fermi at the Institute of Physics in via Panisperna.

So his studies begin again and they are an immediate success because his interests and his computing capacity and understanding are extraordinary. In fact, on July the 6th 1929, he graduates with a thesis entitled “On the mechanics of radioactive nuclei”, the speaker for this thesis is Enrico Fermi himself and the thesis earns Ettore a honors degree.

From that day until 1934 he continues to attend the Institute of Physics and also passes the exam for obtaining a professorship in theoretical physics, deepening and developing the studies and theories in physics of the atom and molecules with collaborations from all parts of the world.

In 1934 his father dies and the great pain leads him to isolate himself in the family, and to broaden the scope of his studies in subjects such as philosophy, economics, political economy, medicine and others not directly related to the scientific research. Friends and colleagues visit him but are concerned about his secluded lifestyle, when, in 1937, they convince him to participate in a competition for the chair of theoretical physics at the University of Naples, which he passes with ease and that interrupts his isolation. He moves to Naples in January 1938, welcomed by Antonio Carrelli director of the Institute where he begins to work on Thursday 13 at 9 am.

But at the end of March 1938, after a few messages to the new friend Trolleys and to the family, he suddenly disappears without a trace.

Our script is inspired by the book of L.Sciascia "The disappearance of Majorana" and revolves around the hypothetic investigations conducted on his disappearance. The setting is in an office of a police station in the Fascist period. In the dim light, a commissioner asks a brother of Majorana.

What is mentioned in the interrogation materializes out of space and time, with the same characters, real or imaginary, who orbited around the story.

The short film is open to all and aims to keep alive the memory of what was a character of great prominence in the context of rising interest for new physics studies that, in those years, were growing. Ettore Majornana represents one of the Italian excellencies and we believe that this should be remembered. The final work is proposed as a tool to start moments of study in schools or libraries and as a simple proposal in festivals of short films and film festivals.

The funding will be used to repay the work of young students who are helping us, for the lease of certain vehicles and equipment, for post production activities.

The association is a non-profit, and pursues social promotion through cultural activity that goes from the expressive communication of cinema, theater, art and events in the belief that communication and relationship, culture and society are inextricably linked;

the firm conviction is that the objective, sooner or later, will certainly be achieved ...... ARE YOU WITH US?

Friendship, patience, cooperation, creativity and wisdom, animate the spirit of our association ... Willyco, inspired by the famous cartoon character.

The common thread in our works is always remembrance; you think that there are facts, places and people that deserve to emerge from history to leave a trace in our lives.

Ettore Majorana and his history, are all the above, ... beyond science ... in consciousness.