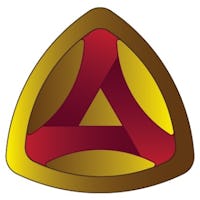 The second short film currently underway directed by Duilio Scalici and based on the story “The Death of a Government Clerk” by Anton Chekhov.

The second short film currently underway directed by Duilio Scalici and based on the story “The Death of a Government Clerk” by Anton Chekhov.

Hello, my name is Duilio Scalici, I am a young filmmaker and visual artist from Palermo, Italy.

I made several music videos for Italian artists such as: Bologna Violenta, Jessica Brando, Simona Gretchen and The Barbacans.

Last April I published my first short film, ”Ore Cutanee” (Cutaneous Hours), which has been selected at the Etnaci Film Festival 2014 and presented in many Italian cinemas. Both audience and critics have shown positive reviews and in less than one month more than 10,000 viewers watched my film on the internet.

Last June, along with other video makers, I worked on the documentary film called “Cuervoluciòn” and funded by “Jose Cuervo”; it will be broadcast later this year on MTV Italy.

Now I am working on my new project “La Colpa” (The Guilt) which is an original short film based on the story “La Morte dell’Impiegato” (The Death of a Government Clerk) by Anton Chekhov.

This is the story about Roberto, an average Italian man who always follows the rules and suffers from a high level of inferiority complex towards people with higher socioeconomic status. Due to a simple sneeze, he inadvertently stains the suit of a very important Military General. This event will trigger a strong psychosis that will begin with a deep sense of guilt to later escalate to an obsession that eventually will lead him to his death.

When I looked for the first time at the world of decadence I was so fascinated that I could not stop reading books wrote by brilliant authors such as Luigi Pirandello and Italo Svevo. I have always loved the characters uncertain behavior such as their weak personality and ineptitude that often would drive them to strong psychosis triggered by little incidents. So, two hours after I read and fell in love with the story “The Death of a Government Clerk” by Anton Chekhov, I immediately wrote a screenplay based on it entitled “The Guilt” (La Copla). An ordinary employee stains a uniform of a very important Militay General as a result of an apparently insignificant action like sneezing. This incident triggers in him a deep sense of guilt that will destroy his life. This is a three pages story that embraces everything and nothing; a story of an ordinary life that somehow evolves into a special one. Duilio Scalici

“The Guilt” (La Copla), short-film based from the story “The Death of a Government Clerk” by Anton Pavlovic Chekhov is a work that describes in a simple and direct way, the fragility of the human mind. Life is a journey, a fine line where an incident that seems to be insignificant can result, like the butterfly effect, in devastating feelings that can overwhelm us both in a good or a bad way. Duilio Scalici interprets Chekhov with eyes that reflect a pure heart of a young man and the maturity of an artist. He is able to create a contemporary version of a story written towards the end of the 1800s and at the same time to preserve its intimate meaning. Stefano Pellizzaro

The total cost amount for the short film production depends on a set of factors such as equipment, scenic material, location and so on and it exceeds 7000.00 Euro. This is an independent production and we are looking to achieve through the Eppela fundraising platform a contribution equal to 50% of the grand total because we realize that 3,500.00 Euro is already a significant amount of money that would allow us to cover the costs of the equipment:

We would like to thank in advance everyone who decides to actively contribute to our project.

We greatly appreciate your support.

My name is Duilio Scalici and I was born in Palermo (Italy) in 1994. I made several music videos for Italian artists. In 2010 I founded the independent label Sinusite Records now called “Sinusite Ass. Cult”. In April 2014, I made my first short film “Cutaneous Hours”. In June of the same year I made the documentary film “Cuervolucion”, that will be broadcast at the end of the year on MTV Italy. Currently, I am working as an assistant director on a film called “Blue Grass” by Valentina Gebbia.