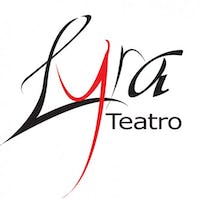 Hello, we are Lyra Teatro, a theater company based in Milan.

About a year ago, we found on the web “All Out”, a bittersweet comedy by an American author, John Rester Zodrow, which really impressed us. It talks about a game show in which contestants, drawn from the public, are placed in front of increasingly dangerous and degrading games to win a final prize of $ 100,000. Some of them will refuse to go on, while others will tread on their dignity and endanger their loved ones in order to become rich and famous.

Why did we decide to stage this play?

Because TV cynicism is spread all over the world and it is a tragedy we deal with every day. We are indifferent witnesses of lives and feelings carelessly ridiculed and torn apart in order to increase audience. We forget what we see right away, with a touch of the remote control. Ok, it seems a heavy theme, but instead we assure you that the show will surprise you! It starts with rhythms and beats of a light comedy to unravel, with sudden changes and twists, a situation that becomes gradually more and more dramatic.

Driven by the enthusiasm, we contacted the author, who has allowed us to translate and to stage his work and we embarked on this ambitious project with passion, dedication and a good dose of stubbornness. After many difficulties, with great satisfaction we debuted in Milan last June. We were very excited, because the author came specially from California to see us and we feared his criticism but instead he showered us with compliments! The show has garnered positive acclaim and the Caboto Theatre in Milan has chosen to include it in its 2014-15 season with 2 weeks of performances.

How will we use the funds?

Now it is your turn: the debut was entirely self-financed by our own efforts, but now we have 10 performances in November and we need help to cover the costs that are not covered by our budget: not only the cost of the production (equipment and technicians) but also the expenses of promotion activities (Adwords, Facebook  and a publicist).

We believe that the message of this show is important and we need a hand to spread the word as much as possible.

In return, in addition to classic invitations and thanks, you can make theater with us or have one of our shows at your home for a special evening with your friends! We would be immensely grateful for even the smallest contribution: all supporters will be thanked publicly on our Facebook page and on our website.

Many thanks in advance!