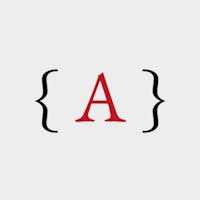 The purpose of our project is to inspect and to examine in depth what it means to be an anarchist today in Italy.

The purpose of our project is to inspect and to examine in depth what it means to be an anarchist today in Italy.

What is anarchy and what it means being an anarchist today?

The purpose of our project is to inspect and to examine in depth this topic, starting from its beginnings to the present day and the realities linked to it. In the next four months we will understand and we will tell what it means to be an anarchist today. We will be alongside with Gianni MIilano.

A short incipit about the documentary

We met Gianni Milano for the first time during a demonstration in Turin. It was impossible not to notice his long hair and his white beard still consistent with what it has been his nickname in the 60’s: il maestro capellone (the hippie teacher). His presence intrigued us. There are not a lot of people of his age willing to take part in city demonstration, or at least not actively. And there he was, with his neckerchief and with his loyal flag. We would have liked to introduce ourselves and congratulate for his tenacity, but starting a conversation during a demonstration would have been quite complicated, so we gave up. It was some months later that we accidentaly recognised maestro capellone’s face in a picture on a news website. We read the article and we discovered that Gianni Milano is an anarchist. We researched information about him and, once again, we were positively surprised by the existence of his facebook profile. We got in touch and we arranged a meeting with him. For a long time we had in mind to shoot a documentary on the anarchic thought and action nowadays, but it was our first direct contact with Gianni that gave is the true motivation to start our project. He was passing out flyers during a sit-in. We talked with him for only five minutes , but we immediately understood that, reporting his experience, he could have helped us to better understand the meaning of anarchy.

How we will use your contribution?

Your contribution will help us in supporting us during the expected four months of the documentary's production. It will allow us, moreover, to pay for the production's costs, that is costs of transfers in Italy, finding of materials for the production, costs of post-production and rights of products of third parts such as graphics work and soundtrack, plus contingent and unexepcted logistical costs.

When the camapaign will be over you can follow the evolution of our project on this website. Here you will find videos that we will realize along the way with Gianni’s considerations.

You can find us here:

{ A } Sorella Anarchia is a project that borns from the collaboration of Vicenzo Monaco and Mirko Isaia. Vincenzo is born in Enna (Sicily) and he now lives in Turin. He studied at Palermo and Torino university, where he degrees in International Cooperation. After the studies he attended a videomaking course at the Turin ActingOUT school. Mirko, of ligurian origin, moves to Turin to attend the Dams course at University of Torino. He approaches to reportage photography as a self-taught.