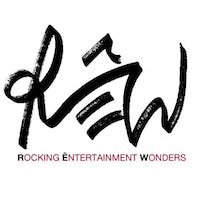 Contributions to a free theatre, happily tainted by every culture and gender. A new company.

Contributions to a free theatre, happily tainted by every culture and gender. A new company.

RÊW gathers energies and ideas to reach a new theatre: culture of diversity, invention of new languages, accessible to anyone and ready to speak freely about anything: theatre as active citizenship, style as a moral judgment on life, as a permanent revolution.

On contemporary scenes, and their overworked ideas and resources, RÊW want to be:

1. a company fed by heads, arms, various peculiar fields, various professional figures. Being many is a point of strength.

2. a site where a new dramaturgy in progress is taking place, introducing unpublished, open works, immediate as images.

3. a theatrical theatre, which doesn't deny tradition and doesn't bend to its will.

Sakura Falls. Porno Teo Splatter is apotheosis and decomposition of norms of theatre, of interpersonal communication, of collective imagination - both on the western and the eastern world. Its camp taste gathers under the same architecture, emphasizing the pleasure of artifice, Star Wars, Dante, Wilde, Japanese Theatre, Shakespeare, Tarantino, zombies, The Rocky Horror Show, the Gospels and many other dreams: the maze of our imagination.Yet, dramaturgy is composed in a mixed-languages idiom, blending 12 languages in it: a contemporary sensorial slang for a mythical tale, which disturbs and fascinates different types of audience, with its range of sounds, colours, references. A drama, a party, which takes us back to the pleasures of theatre making, of watching it, of telling tales and listening to them.

At the bottom of the page you can find many links about Sakura Falls: videos, interviews, cast, notes, reviews, FB, TUMBLR.

A new born company is a miracle. When you meet, you feel at ease, you share the will to create an art "enterprise" (in Italian "impresa", meaning both "business company" and "challenge"). When you live the theatre and you make it live, as a common good.

Still a new company can hardly ever reach resources, spaces and subsidies from institutions. United we can build our own story and be visible but, in spite of strong will and premises, it's tough to stay together. Especially when we are many and we believe that this "numerosity" must be safeguarded. Crowdfunding is the first step in our trust in this numerosity. We hope to be many, each of us contributing, helping the others. It's possible. Theatre is a common good.

HOW WE INTEND TO USE THE FUNDINGS

With its 15 professional artists, each of them involved onstage, Sakura falls is still entirely self-financed, and our production expenses (scenes, costumes, rehearsal studio, various materials, lights, maintenance, taxes, minimum fees) are not entirely covered yet. Therefore, we'd need fundings in order to:

1. cover the expenses of the show, to promote and repeat it in Italy and abroad.

2. face all the required expenses to start a REW cultural association, aiming to artistic research and sharing new theatrical practices.

4. start up a website to promote the activity of our company and, at large, of all the new theatre.

RÊW needs your trust and your economical support. Every little helps a lot. We will thank you in person, offering you the original drawings and the script of Sakura Falls with autographs on, together with booked sits and access to our laboratory.

Reading Galera, from The Ballad Of Reading Gaol by O. Wilde

The fall of the house of Anderson, freely adapted from “Oresteia” by Aeschylus

Massimiliano Briarava is a director and a drama teacher, he has been working in universities, in prisons, in schools. Luca Forestani (Enrico Ruscelli) is a playwright and an actor, he graduated at Scuola di Teatro di Bologna A. Galante Garrone, of national level. Many other members of RÊW graduated there: Michele Zaccaria, Nicole Guerzoni, Clio Abbate, Paolo Cupido, Francesco Mauri, Irma Ridolfini, Valeria Billi. Cecilia Lorenzetti graduated at Scuola del Teatro San Martino, directed by Roberto Latini. Eleonora Massa graduated at Teatro Stabile delle Marche. Paolo Gorgoni is a singer and a voluntary activist. Jacopo Dronio is a comic book illustrator for Marvel. Marco Gigliotti is a freelance light designer. Nicola Pedroni is a multi-instrumentalist musician, creator of environmental music. Federica d'Abramo is a costume designer, specialized in traditional Japanese costumes. We are REW. A New Theatre.

RÊW is a new organization for theatre research, based in Bologna. Projects are coordinated by director Massimiliano Briarava and playwright Luca Forestani; artists come from main performing arts academies and various professional experiences.

A song for Medecins Sans Frontieres