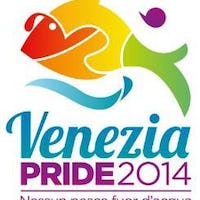 The fight against homophobia does not end this year you need to bring the Pride in Venice! Come with us on 28 June in Venice, and help us with a donation!

The fight against homophobia does not end this year you need to bring the Pride in Venice! Come with us on 28 June in Venice, and help us with a donation!

"Some say that sexual orientation and gender identity are sensitive issues. Understand. Like many of my generation , I grew up talking about these issues. But I've learned to talk about it because people's lives are at stake,and because it is our duty under the Charter of the United Nations and the Universal Declaration of Human Rights to protect the rights of everyone, everywhere"

The UN Secretary-General Ban Ki-moon at the Human Rights Council.

Our event will be reflected in a parade walk Saturday, June 28 from 16, the route winds walk from the train station of Saint Lucia to the fish market.That has already been forwarded to the offices of expertise the regular " public notice of the event .

"For the promotion of the principles described above and to develop a conscious debate in the city is also our intention to organize social gatherings, exhibitions, events and meetings related to illustrate and enhance our business.More than the parade itself is our intention to create a greater awareness and reflection on LGBT issues , as well as any possible manipulation or misrepresentation.

From this comes our desire to organize in Venice Veneto Regional Pride , after the experiences of the past year Vicenza and Bassano the previous year.

The fight against homophobia and transphobia is not, as is often believed, the monopoly of a specific and limited subject area.Instead characterizes cross the application of human rights to people identified as belonging to the LGBT community. It ' easy to imagine how homophobia and transphobia commonly understood as acts of violence or explicit threats, may limit the full enjoyment of civil rights or access to welfare.

The LGBT movement Veneto in particular focuses in this Regional Pride macro - areas of the school, family and health.

School; under the Convention on the Rights of the Child should be protected belonging to a minority of young social , should be protected from discrimination and must be ensured full access to education. In this sense, we find the participation of university associations and student groups to our initiative , the Union of the University of Venice, and the coordination of high school students. We believe that full access to the right to education the school can not be a breeding ground for a generation that sees legitimized homophobia and transphobia, hate speech, and legitimation of discriminatory attitudes. The school, in contrast to all levels must become the expression and appreciation of diversity.

Health; any statistical data on new infections by MTS ( sexually transmitted diseases ) shows that the LGBT community , especially in its more youthful band , is considered to be at high risk with alarming rates of new infections. Our event aims to focus attention on the need for community-based health policies and the development of sexual education policies conscious.

Family; within the rights of the child in all international conventions repeats itself the right to family, combined with the principle of non-discrimination .Our event , and initiatives that will enhance the value of the foster family in the broadest sense , as affective core , growth and fundamental element of personal growth .It 'obvious that applied to LGBT issues to the theme of the family has the force of res join the fight against homophobia and transphobia. Our event aims to promote the omogenitorialità. First, as a form of protection and recognition dell'omogenitorialità exists, the result of a parental project aware or not, but that should be recognized as first and foremost as a family for the protection of the child.

Our association is made up of a network of militants, Venice and the Veneto that deal with social issues, the right to education, immigration, cultural and sporting events, united here with a strong desire to bring the debate on rights issues human related to the LGBT community (lesbian, gay, bisexual, transgender) to a more mature level, free from controversy and on a sharing plan.