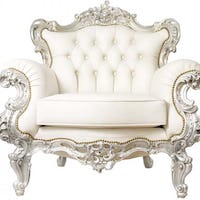 The sound of a piano, four hands, and Metropolis’s futuristic images. The marriage between music and cinema reborns in a new light.

The sound of a piano, four hands, and Metropolis’s futuristic images. The marriage between music and cinema reborns in a new light.

Flickering captions, music that follows the rising of the action, the film with its wonderful imperfections. Metropolis a quattro mani represents the union between cinema and live music, the marriage, known by everybody, between the success of a film and its soundtrack.

Metropolis, Fritz Lang’s Masterpiece, that, since 1927, continues to influence the world of cinema, is inwardly connected with the music, composed by Gottfried Huppertz.

This is a bond, rendered stronger by the silence of pictures, by the charm intrinsic in the mute cinema, where, without the adhesion of spoken words, feelings flow only by what we see and what we feel.

This is what the Cultural Association Circuito Musica wants to propose through Metropolis a Quattro mani: rediscover, reflate and increase the value of the great works of the past. We want to do this with a detailed attention to music that becomes the true protagonist of the projection, predisposing the audience to the advancement of the plot.

Live music and cinema meet up, one more time, like happened at the dawn of cinematographic art and they do this through four hands and a piano.

The project foresees the projection of the film Metropolis with live performance of Gottfried Huppertz’ soundtrack, suitably adapted for piano four hands by the two artists that will perform it: Federica Badalini e Francesca Badalini.

The duo conducts a sustained concert activity, performing their musical redrafting of mute film’s soundtracks, all around Italy, in Switzerland and in France.

The event takes place in the bigger initiative Piano City 2014,in Milan the 16th, 17th and 18th May.

Thanks to your cooperation, you will become co-producer of the event, helping us to finance the rental of the film, the engagement of the pianists and our precious staff who is already working to realize it in the best way.

Metropolis, an every actual film, will reborn – one more time – on the big screen, leaded, in an innovative way, by its insuperable soundtrack.