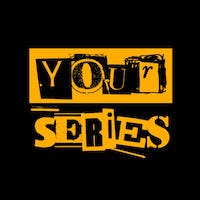 The aim of Your Series is to create a Cooperative Web Series . It should be the expression of an active interaction between Audience and Authors.

The aim of Your Series is to create a Cooperative Web Series . It should be the expression of an active interaction between Audience and Authors.

What is “Your Series”?

Your Series is a project promoted by the cultural association “Parallel Vision Production”. It’s purpose is to create a cooperative web series aimed to find a matchpoint between audience and authors.

Viewers will have the opportunity to participate concretely to the project by choosing trought a web survey the theme and length of the series episodes.

There will be a different director for each episode that must stick to the result of the survey. The plot and crew, both artistic and technical, will change at every episode. The leitmotiv of the series will be the theme chosen by viewers.

Starting from the end of the survey, directors and their crews will have three months time to script, shoot and edit their episode.

Then, once a week, the episodes will be published on the site www.parallelvision.it

“Your Series” is above all an experiment aimed to promote cooperation. The goal is to give life to a confrontation without competitiveness between the artists increasing their effort in satisfying audience interest.

The Survey: Theme and length options

The theme options were chosen by Parallel Vision Production. We felt we wanted to give space to topics and subjects that are hardly expressed on Web series. We want to underline the fact that by doing that we don’t want to refer to any specific genre. On the contrary, each author shall develop the survey result into any genre he or she likes. Create different points of view is a main ambition in our project. The result of the survey has been communicated to authors that are now busy in the pre production of their episodes.

Showing and publication of the series

Before we publish the episodes online we want to guarantee an accurate visibility of the authors work. In fact, once production time is over, we will organize weekly previews at some cultural centre in Rome starting from June 2014..

Online publication will occur the day after the preview.

Once completed, shown and published, the series will be available on Your Series YouTube channel. Parallel Vision Production will provide a title for the first season, trying to combine each episodes particularity.

Every episode will be by all means a short movies belonging to its author. They may send their work to Festivals or Genre Contest on any kind.

Crowfounding campaign for Your series

Thanks to the Crowdfunding we want to reinforce the idea of a multiple part project. A campaign of this kind is perfectly coherent with the idea of the project, meaning cooperation.

Crowfounding will help giving a contribution to authors for the production of their episode and for the publication and show of the series.

Our goal is very reasonable. We are aware of the fact that 1750€ wouldn’t be enough not even for one episode! Nevertheless, we chose to be realistic and strike for an affordable target. The achievement of that amount would be a demonstration of the possibility of believing in cooperation and sharing! And that is what we want.

Objectives of the project

Production of a cooperative web series. The series will be the result of a many part teamwork: audience, that will have to choose by a survey the theme and length of the episodes, authors (by which we mean directors and their crews) who will each produce an episode, the cultural association Parallel Vision Production, that will serve as a guarantor for the organization, promotion and distribution of the Web Series.

Promote freedom of creativity. By giving the opportunity to the authors to express their own creative style, free from any obligation of plot or genre. Authors are free to manage independently their work and crew according to their personal needs.

Involve audience into the production of the series. Audience is a critical point both for production and promotion of the series. One of the aims of Your Series is to make the viewer feel an essential part of the project. The contribution of the audience will be the result of the survey that will establish the leitmotiv theme for the authors work. More over audience will be asked to establish the leght of the epidose according to their preferences.

Create a non-conventional Web Series. “Your series” will have many directors, consequentially the style of every episode will be heterogeneous. There won’t be a plot to bond the episode but a leading theme chosen and avalued by viewers so that they will concretely be a part of what they will watch.

Encourage an high level production. Authors shall satisfy the audience interest toward the series maintaining their own style. By doing that they will be able to not fall into the triviality of so many Italian web series that are often mono-generic. The fact that directors won’t be bonded by the plot means that they will have a wider field of action and shooting time to produce an high quality product compared to traditional productions were time is money.

Creation of a new net of contacts. By the means of Your series, Parellel Vision production propose to create a network for all those who took part at the creation of the episodes. During the publication of the Series, all crews will be described (including CVs). This will provide a hub for future cooperation for all participants. You may find at www.parallelvision.it a page called Apply for your series that gives anybody the opportunity work for the project. We had a considerable feedback and those who applied are now working with the authors.

The creation of a new channel of short movies. Your series episodes will be published on a specific YouTube channel, where also future seasons will appear giving others authors, who may wish to participate to the project in the future, a good opportunity of visibility.

Daniele Barillà was born in Rome the 17/10/86. With a lifelong passion for Cinema, in April 2010 he writes his debut film titled Bravi Italiani (Good Italians) a short movie which has been appreciated by critics and audience. The movie won the audience price at the Milazzo Film Festival 2010 and the special Inail price for occupational safety at the Tulipani di Seta Nera2011 festival. 2011 is also the year in which Daniele’s movie is selected to compete for the  David di Donatello award  in the short movies section. Throughout 2012 and 2013 he directs many short movies, musical videos and advertisements. Then he dedicates himself at the production of a web series called THE OLD MANOR

Valerio D. de Cinque, was born in Rome in 1987. At the age of 12, he unexpectedly realize he is passionate about Cinema. During high school he starts writing short movies screenplays that will never be produced. During college years at the Dams Roma Tre university course he shoot his debut short movie without any budjet. In the meantime, he follows a screenplay master, completed in 2013, and a movie language analysis course sited in an art gallery. Then he produces a short movie titled Le Piume di Icaro (Icaro’s Feathers) that  has not yet been sent on short movies Festivals.

Francesco Giorgi, born in Piombino the 16/6/83. From a very young age he feels a great passion for Cinema and he dedicates himself to independent short movies and audiovisual material production. After achieving a Cinema and Electronic image degree at the University of Pisa he travels searching for work experience. Once back, he gets a diploma at the Griffith academy in Movie Direction and Photography.(Cinematography). Then he works for the production of many music-videos, promo-videos, short and long movies improving his author path.

Fabrizio Desideri & Emanuele Martucciello, Fabrizio was born in Rome the 3/6/1984. In 2009 he begin a course at the Libera Università del Cinema college where he writes and direct his debut film Sguardo d’Amore (Love Glimpse). He works for many short movies and music-videos before opening the “Visionnaire Studio”.  The first year he script and directs the advertisement “Mixing Time”. He directs the Say a Word music video by Star Elaiza. He scripts “Ferite Invisibili”(Invisible Wounds) directed by Emanuele Martucciello.  Emanuele was born in Rome the 31/7/89. He begins his studies at the roman school “Scuola di Cinema di Roma”. In 2012 he directs his first short movie“Più X”(Plus X) and becomes partner of the “Visionnaire Studio” where he works as assistant director for the advertisement “Mixing Tapes” and the Star Elaiza music video “Say a Word”. He directs Ferite Invisibili obtaining good results. Fabrizio and Emanuele really work together well and that is the reason why they decided to cooperate in the direction of the Your Series episode.

Elita Montini, was born in the autumn of 1988 in New York from. His Father is Italian and her mother from Ukraine. She lives in Rome and she is involved into various video-making projects. She works as a screenplay writer, editor and event organizer. She wrote the screenplay for the music video Poveri Diavoli (Poor Devils) that won best screenplay at the announcement of the Apulia Film Commission. During a  film direction workshop by Cineresidenze she also wrote the screenplay for Il piano directed by Daniele Ciprì. Elita was Francesca Archibugi  assistant scriptwriter  for the documentary E' stata lei. And last but not list, she is the co-founder of the Reverse Project web contest.

Your series is a project born from an idea of the cultural association Parallel Vision Prod. Audiovisual is our field of action: we are by all means Filmakers! We felt we wanted to create something significant from the "base". Young people and elders who want to challenge themselves with the world of Cinema and Showbusiness, trough today new medias. By doing that we choose cooperation and teamwork.