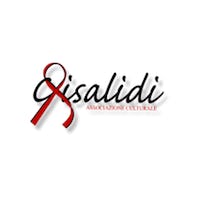 Pontenure
Art, Music
Widget
Copy and paste the code below on your site or blog
Text copied
Shortlink
Text copied

50 + 1 is a Contemporary Theatre Festival that wants to bring back to life the smallest among 428 closed Italian theatres: Teatro Serra located in Pontenure.

50 + 1 is a Contemporary Theatre Festival that wants to bring back to life the smallest among 428 closed Italian theatres: Teatro Serra located in Pontenure.

Pontenure
Art, Music
Widget
Copy and paste the code below on your site or blog
Text copied
Shortlink
Text copied

50+ 1 is the Contemporary Theatre Festival that we would like to realize in May 2014 in Pontenure, near Piacenza.

The idea of 50 + 1 arises from Crisalidi Association wish to bring back to life a small late 19th century theatre, that has been recovered and made accessible only since few years.

Teatro Serra in Pontenure is a real Victorian-style tiny jewel, entirely made of plate-glass and cast-iron, built at the end of 19th century by Raggio Family, who at that time also owned the mansion and the magnificent gardens that frame the theatre.

The name “Teatro Serra”, in English, literally, “Greenhouse Theatre”,derives from its original double use: as a theatre, and, at the same time, as a greenhouse, to protect exotic plants during winter months in its lateral wings.

Only recently, Teatro Serra has been in part restored to be accessible again, after having been for a long time the smallest among 428 closed theatres reviewed by a national research, Teatri Negati Censimento dei teatri chiusi inItalia (edited by C. Guarino e F. Giambrone, 2008, Milano, Franco Angeli), where Teatro Serra is reported as an emblematic case, and it is the protagonist of a wonderful short story written by the famous Italian director and actor Marco Baliani.

We are Anna, Daria, Valentina, we belong to Crisalidi cultural association from Pontenure. Since 2005, we arrange and perform theatre plays, cultural and informational events about social themes, as well as plays for children, in Piacenza and its surroundings.

With 50+1 we would like to value the beauty and the uniqueness of a place thathas hosted the last play in the beginning of 20thcentury and that we would like to return to the local community offering an high artistic quality proposal.

Our dream is to bring Theater, meant as actors and audience, back to Teatro Serra, and to offer to spectators the opportunity to enjoy the innovation and the openness of contemporary theatre and the timeless enchanting charm of this theatre, too.

50, like the number of spectators Teatro Serra can accommodate, + 1 solo actor on the stage to bring back to life a space of rare beauty, a small theatre to which it would be a real shame to deny the chance to be appreciated for what it actually is: Theatre!

We’ve chosen 4 artists who are going to perform on stage their own self-produced and self-directed plays.

We want to offer to audience a high quality art festival and reward the passion and the competence with which the chosen actors pursue their own independent projects. We would really like to attract people who do not usually attend theaters and we would like them to be surprised while discovering how beautiful Theatre is!

Why we need your support

we want to highlight artists' and partners' (technicians, graphic designers, video-makers, photographers, who are supporting us) skills and passion, rewarding the great quality of their work

we want to promote the event at its best: the ad costs will concern realization, printing and advertising programmes, fliers, posters, tickets

we wantto afford fixed costs of the structure management during the four-event Festival.

Supporting us you will contribute to:

Arrange a festival in a unique and timeless enchanting charm place

You'll receive something special in return to yourgenerous contribution

You'll have the chance to attend high artistic quality shows:

I can't remember exactly when it started...too many kilometers have passed since that day. However, I can remember the strain of the beginning and the question that each time accompanied me "Why in god's name am I doing it?". But, the instinct told me to carry on "Run Paolo, run!". I've never stopped. Nothing has stopped me since that day. [P. Mazzocchi]

The ironic admission of an irreducible runner who wants to poke a little fun of himself, while trying to look beyond the simple action of running, to realize where we are really going when we put on our shoes.

Monologue born from the encounter with a migrant woman, a nurse, who has freely given her time and her disarming frankness to the actress.

A fantasy solo that combines different theatre features, from Greek theatre, to Physical to Boal’s. Meteora is a creature from far 3600 galaxy, coming to Earth to discover its human and natural beauties, well known in any galaxy, at any time… Will it find them? Will it decide to stay or to go back home?

I MOLE PEOPLE | by Elisabetta Granara

We are Anna, Daria and Valentina, we are born and raised in Pontenure, an Emilian small village near Piacenza. We met during a theatre workshop, and in 2005 we founded Crisalidi Cultural Association. To us, Teatro Serra in Pontenure has always meant the flowers and the plants of the gardener Abramo, the frogs well, a denied treasure, a magic place full of chance, and now a gamble in which we deeply trust. To get more information about us, visit our website www.crisaliditeatro.it