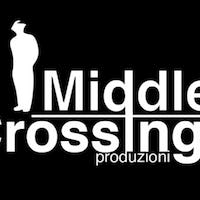 "Five more minutes. How many times did you say in your life? A lot, I suppose. This is my last time. A man. A story. That lasts five minutes."

"Five more minutes. How many times did you say in your life? A lot, I suppose. This is my last time. A man. A story. That lasts five minutes."

Ancora Cinque Minuti (Five More Minutes) is the new film realized by Lucio Laugelli, co-author of La Conseguenza di Te and many other shortfilms. The movie is produced by the indipendent production company Middle Crossing, associated to Paper Street (www.paperstreet.it), an independent magazine writing about cinema, music and books, directed by lucio Laugelli.

"Five More Minutes". How many times did you say in your life? A lot, I suppose. This is my last time. And I don't have anything too interesting to say, nevertheless. A man. A movie. In brief, a story. That lasts five minutes, of course".

UPDATES: The shortfilm Ancora Cinque Minuti is ready to be launched! It will be in exclusive premiere on Movieplayer.it - Cinema, TV and HomeVideo, one of the most influential cinema-related platforms in Italy: official partner of IMDb, it has been media partner of Festival Internazionale del Film di Roma, Torino Film Festival and Roma Fiction Fest for many years.

On February 18 the trailer of the movie will be released, exactly one moth before the release of the whol film, due on March 18.

The cast is composed by Antonio Carletti, 1966, actor, screenplayer, director, theatre animator and radio producer, voiceover for documentaries, who has been active and researching in the fields of theatre didactics for more than 20 years; and Romina Pierdomenico, young model and student at the Cantiere Teatrale who has participated to many beauty contests, including Miss Italia where she earned the second spot in 2012. After this contest she begins her career in the showbiz and is now working in tv, cinema and theatre.

The film is hosted also by the prestigious platform Mymovies, here the profile page: http://www.mymovies.it/film/2014/ancoracinqueminuti/

Lucio Laugelli (1987) is a videomaker and journalist. He took a BA in Arts and Performance with full honours at Dams (Bologna) and an MA in filming at Iulm (Milano). He directed several shortfilm and videoclips. In 2012 he published his first novel, “L’isola di Nero” (The Isle of Nero), edited by Tindari Edizioni. To promote the magazine Paper Street he created and realized a nationwide music contest dedicated to emerging bands, called "Morning Glory". In 2009 he founded the independent production company Middle Crossing, and in the same year he starts filming his early works. In 2011 he is appointed deputy editor of the webzine 4rum.it. In 2013 he founded the videomaking company Stan Wood Studio.

Sergio Pappalettera (1961), is a well-known designer with plenty of collaborations in the music industry. He studied arts, attended the faculty of Architecture at the Polytechnic of Milan and then the Milan School of Cinema. In the early 1980s he founded Studio Prodesign and oriented his professional activity to the music industry. He has established a life-long professional partnership with Lorenzo Jovanotti Cherubini. He has collaborated with Franco Battiato, Francesco De Gregori, Vasco Rossi, Lucio Dalla, Fabrizio De André and many others, in partnership with Sony, Universal, Emi Music and Rizzoli.

Nicole Bianchi (1981) works as editorial coordinator and journalist for the magazine "8 1/2". She is a TV author for RAI (Rai Movie, Rai Premium, Rai Due, Rai Gulp, Rai yoyo) and holds a Ph.D in Communication and New Technologies, specialized in cinema. She works as assistant professor for the courses History of Italian Cinema and Languages of Cinema and TV at IULM University (Milano).

Andrea De Taddeo (1982) A Multimedia and Arts graduate at the University of Turin with a thesis on Art, Technology and Ecosystems, Andrea De Taddeo is videographer, video editor and musician. Since 2008 he works mostly on documentary reports and investigative journalism. In the last two years he has collaborated with PAV (Parco Arte Vivente) an experimental centre for contemporary art, working on the documentation of the processes of artistic creation. In these works the dialogue between image and sound is the element that better expresses an aesthetic research centered on technical and cultural procedures of post-production.

Ruben Esposito (1978). Musician and songwriter, in the past ten years he got involved in visual arts, sculpture, scenography and video art. He held more than 50 exhibitions in the past four years, among whom the 2011 edition of the Venice Biennale dedicated to the Piemonte region. As scenographer he regularly works with directors of the likes of Jurij Ferrini and Francesca Sangalli, and music authors such as MGZ and Vinicio Capossela for whom he has designed the scenography of the reading stage “Marinai, Balene e Profeti” and collaborated to “Solo show”.

Luca Ferrando (1987), after a BA at Dams (Turino) he graduated with distinction in Television, Cinema and New Media at Iulm (Milan). He has participated to the realization of many documentaries and shortfilms. He is a collaborator of Rivista Paper Street and Cooperativa Animagiovane, dealing with artistic and educational projects.

Giacomo Lamborizio (1987) graduated with distinction in Communication and Culture at the University of Milan. He is among the founders of the magazine Paper Street, of whom he is currently deputy editor and coordinator of the cinema section. He is the production organizer of most Middle Crossing works. Since 2011 he writes as cinema reviewer for AlessandriaNews.it.

Giacomo Franzoso (1987) lives in Bologna where he graduated at DAMS Cinema and at the Music Academy. He attended three years of Jazz Music Studies at Conservatorio “G. Frescobaldi”, Ferrara. Fascinated by the guitar since he was a kid, he starts composing music since he was 13 and collects experiences as guitarist in several bands such as Eroded (Death Metal) and Gifted Balance (Thrash Metal). With a growing interest in jazz music and electro, in 2011 he founded, together with Stefano Diso, the Jagoda Experiment, now known as ON|OFF|MAN – of whom he is solo guitarist, composer and writer. In collaboration with Stefano Diso, he composes soundtracks for shortfilms and documentaries. He collaborates with Alessandro Cerami for the realization of soundtracks for theatrical plays.

Elio Mariani (1988) Costume designer, fond of art, photography and oriental culture he approaches fashion at college to then understand his passion is the sartorialist work in close contact with stylists. He graduated in Fashion Design at NABA in 2012 and works for an atelier in Alessandria where he has learned the finest techniques of cutting tailoring for men and women. He collaborates as Junior Designer with Aquilano Rimondi, Brioni, A-lab Milano, Fay and with Middle Crossing productions as costume designer. He is now involved in a new project, an auto-produced collection sold in different stores in Northern Italy.

Gianluca Cimmieri (1988) has a diploma in Classical Studies and studies at DAMS in Torino. He attended various courses on theatre and acting, especially with Gabriele Vacis e Daniel Gol.

Alessandro Crisci (1987) attended Classical High School Vittorio Alfieri where he participated to the auto-organized student theatre company. Thanks to this experience, lasted the whole period of high school, he decided to enrol at Dams, cinema programme, to pursue his artistic career. At the second year of university he began taking part in the association Arttwelve with whom he realizes videoclips and shortfilms as assistant director, camera operator and stagehand.

Ferdinando Laugelli (1955), camera operator since 1974, steadycam operator since 1986 after following the course by Garrett Brown. He worked for over 30 years at mediaset collaborating with  B. Recchia , R. Siena , G. Nicotra, D. Rampello, G. Landi, E. Romio, S. Vicario, M. Bianchi, G. Stagnaro, R. Cenci and many others. Now a freelancer.

Andrea Gagliotta (1988) is a painter, scenographer and video operator. He creates situations with color, emphasizing emotions and recreates locations for theatrical productions. Currently a freelance professional, he lives, studies and works in Turin.

Elisa Vinai (1982), PR graduate, has worked for years in communications, marketing and event organizing in different fields, from information technology to contemporary art. She loves cinema and adores writing about it.

Stefano Sbrulli (1988) He is currently working as photographer and CG artist. Graduated at IED Rome in Digital&Virtual Design. He is attending the Master's in computer graphics at Big Rock Academy (Treviso), also working for different firms in the area of 3d graphics. Between 2012 and 2013 he has participated to different european projects both as participant as well as coordinator, directing an international troupe with the purpose of realizing shortfilms and photo galleries. He has been mentioned in many national and international festivals, being finalist at “National Geographic Italia” and “Premio Celeste 2012″. He has exhibitions in Roma, Siracusa, Frosinone, Rieti, Bologna and participates at Fonland Festival of Portugal, Coimbra. In 2011 he created his professional brand “FlussiBizzarri”.

Nicholas David Altea (1985) studies architecture in Turin. He is a music journalist collaborating with Rumore, BNow and is coordinator of the music section of Paper Street, of whom he is also social media manager and PR Manager. Artistic director and event organizer, he plays the drums for Femme Fatale, Alessandria-based indie rock band. He collaborates with the association Alessandria VentiVenti, that is devoted to the realization of “smart” projects for the city of Alessandria. He is also event planner, PR manager and social media manager for Stan Wood Studio.

Andrea Musso (1973) Illustrator and Graphic Designer, passionate for motorcycling, snowboard and cats, he follows his natural inclination towards drawinh. He attends Arts High School for lesser hard-working, he ends up scuplting marble instead of clay, a clear sign of what is to come. He then gets a diploma as Illustrator from the European Institute of Design (IED) and then works for several agencies and publishers as a freelancer since 1998. He collaborates to many editorial projects, translated in Japan and the US. In Italy, he works at graphic novels with Quattrozampe Magazine and also illustrates many children books, as the recent series Gatto Killer (Killer Cat). He has been teaching and working for advertising and packaging, working for UNilever, Mentadent, Sammontana, Mulino Bianco, together with the personal project Music on my Moleskine.

Alessandro Gandini (1985) is finishing a Ph.D. in Sociology at the University of Milan, where he studies the new forms of labour across the Internet, freelance work and reputation. He collaborates with the Centre For Digital Ethnography (www.etnografiadigitale.it) and has a blog called Lavoro Digitale on Wired Italia (blog.wired.it/lavorodigitale). He participates in the project Paper Street working on the development of the project and, in his spare time, writing music reviews.

Middle Crossing is an independent production company that produces shortfilms, videoclips and reports, active since 2009. Its videos received mentions, awards and thousands of visualizations on Youtube and Vimeo.