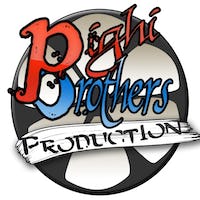 P.S.M. Confidential is a mini web series of 4/5 episodes set in a small provincial town, with atmospheres that fuse the film noir with sci-fi genre.

P.S.M. Confidential is a mini web series of 4/5 episodes set in a small provincial town, with atmospheres that fuse the film noir with sci-fi genre.

The story revolves around two main characters: The private detective Alexander Vicenzoni, haunted by the mysterious disappearance of his father when he was a child, and Quinn, a former pickpocket who wants to avenge the murder of his mentore. A mirrors game in which the protagonists come to be part of it without their knowledge, between disappearances, a dark past and unexplainable events that characterize the city of PSM.

Alexander Vicenzoni, private detective who investigates the disappearance of his father, journalist Jim Vicenzoni. Works in his messy office, with a typewriter and always carrying a revolver and a whiskey flask. He knows everyone in PSM town.

Quinn, her name means Wolf. A wolf who seeks revenge for the murder of his mentor and his "brothers. Orphan of the parents, a child escaped from the orphanage in which it was housed, and earned his living by robbing passers-by. One day he stole into the wrong pocket, but his victim took him under his wing and raised him as a son, in a criminal organization hidden behind false pretenses. Quinn one day found his entire family murdered, and will start his journey for revenge.

Nemi (from Nemesis, the goddess of Justice) bounty hunter who believes in divine justice. A Catholic girl who kills or captures a fee, as long as the victims are criminals with no possibility of redemption. He no longer believes in men and wanders aimlessly until a job leads her to PSM;

The Mad, host of solitary confinement in the psychiatric hospital of PSM, a person disturbing that alternates of schizophrenia in moments of lucidity in which is capable of revealing information burning;

The small town of PSM is situated far from major population centers, surrounded by fields and foreste. The historical context is undefined, but can be adapted in a climate slightly post-nuclear / post-apocalyptic world where "come to life" location almost always deserted, or declining, misty or rests for most of the time. The sets and the objects attached looks like a model that's a middle ground between the current era and the steampunk genre narrative, accompanied by many objects and clothes of 20'.

We will try to recreate athmospheres that could become a land abandoned to itself, full of hidden places and invisible dangers. We like to think that PSM (we'll discovering PSM's meaning in the course of the series) is a kind of border towns with post-apocalyptic atmosphere; it hides some dark secrets , wich will be revealed bit by bit.

With the funds raised we will be able to buy the costumes, makeup and props, build support equipment to the shooting (lighting, trolleys, jib-cam) and be able to give a small reimbursement to our staff.

We are a group of movie fans, who for some years produce short and feature comedian / insane films . We Want to give life to a real world from scratch, recounted in this webseries we are going to achieve, leveraging our experience matured in small independent productions , showing that with a little budget you can get great results.

With this project we aim to make a quality product, that will be available for free, and which will be entered in the various category competitions in Italy and abroad. We are not supported by any production company or sponsor, and all of our projects have always been self-financed. We now seek your help with a small contribution because we firmly believe in this project with the belief that it will get out a quality product.

We will Post constant updates about the whole process, in which we will talk about all aspects, from those bureaucratic, casting, backstage of the whole process, the choice of objects and costumes to EQUIPMENT used for shooting .

Why and how to support the project

We are not supported by any production house and usually we are indipendent, but this time we need more help to achieve our sogno.Se you like the project and would like to see it done, you just need to subscribe to Eppela and make a donation by paypal, of your choice.

The components of this group are:

Andrea Malpighi, a graduate of the National Academy Film Bologna,has made some music videos and feature insane films . Also with the short film "Return to the Roots" joined among the finalists Short Comedy in Veneto, presented at the Venice Film Festival in 2010.

Enrico Sarto, journalist, excited by the project decided to join as a co-author of screenplays, and even more active impersonating the role of detective Vicenzoni. He has participated in the past in two independent productions as an actor.

Linda Montino, an expert student of the Oscar-winning makeup artist Manlio Rocchetti, will bring its expertise in the production in the field of makeup and facial prostheses.

Giorgio Soncin, videographer expert and author for several tv broadcasters. He also graduated from the National Academy Film Bologna, decided to bring his experience within the group. Also working with us behind the scenes some people really interested and entusiasmate by the plot.

My name is Andrea Malpighi, and I'm a videomaker indipendente. After have attended the film direction and production courses at the National Film Bologna, Together with my brother and some friends we founded Pighi Brothers Production and Caorle Film, two charitable profit organization with the aim of creating indipendent film projects and bring together fans of the genre. In our youtube channel, and soon on our site you will find all of our projects.