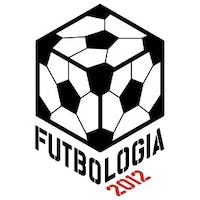 We want to organize next autumn (around the end of October) a 2/3 days congress in Bologna: the focus is on football studies or, in general, football examined throughout comparative means and manners.Our aim is to elevate the debate about football, but we also want to make something amusing by putting together nice people and football lovers.

Luca Di Meo (also known as Wu Ming 3), a novelist whose works are translated in english, and Christiano Presutti are the promoters of this initiative.

So we are now trying to produce the bases for a broader debate on football, examined through studies and vice versa: political, economical, mathematical, phisics or art studies.We may define explicit frames or panels, something like “Football and Conflict” (revolutions, supporters…) or “Football and Literature” and so on.The event should take place during a weekend, from friday morning to sunday morning: during the day speeches and workshops, at night readings or entertainment in general.We want to guarantee free admission to all meetings. Maybe for events at night there will be a small fee.

We are at start and, in order to define the dimensions of the event, we are now collecting the assents of authors who might come.All the people we contacted so far (authors, actors and performers) showed a great interest in it.Amongst others, John Foot, Simon Kuper, David Goldblatt, David Winner, the italian journalist Gianni Minà.

We are also trying to have a delegation of north african supporters who played a leading role in Arab Spring last year: for example some of the supporters of Al Ahli, victims of the bloody ambush in Port Said and present in Tahir Square last year (again a few days ago); or some of AEK Athens, they were in Syntagma Square too.

Night events and bars should give us the possibility to collect some funds.We will also start soon a crowd-funding campaign. If it fails, we will ask something to institutions or companies, but we seriously will try to avoid that, because we want to keep the event as free as possible.

We're at start, but we’re trying.

With the help of the masses.