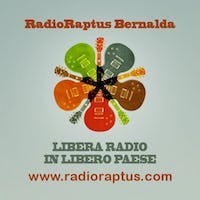 We want to restore the mural painting made 36 years ago by Pablo Neruda Brigade to give it back to the community of little town during our summer party.

We want to restore the mural painting made 36 years ago by Pablo Neruda Brigade to give it back to the community of little town during our summer party.

The story you are going to hear begins in Chile, and makes it through a long way to get here. A few months ago, after endless discussions about the mural painting located in one of the most important streets of our town, we chose to gain as much information as we could to satisfy our curiosity. A beautiful legend we had almost lost traces of just rapidly emerged when we were talking to local people and historians. It then struck us, and we fell for it.

According to our fellows, in 1976, a few months after Inti-Illimani first performed in Italy, a mural-painting group called “Brigada Pablo Neruda” worked on a wonderful painting that was meant to be a device for an understanding of the situation in Chile after the 1973 military coup: a song of Resistance, Endurance and Peace that could raise the awareness of what was going on.

Urban mural paintings are made of symbols and letters. The dove, the hands, the spike, the stars—they have been a new form of language that propagated at night-time. The work was painted during the “Festa de l'Unità” celebration, during the first week of August, which occasionally coincided with the time when Radio Bernalda 103, the first free radio in Basilicata, started its broadcasting.

Historical coincidences, kinships, personal interests, love for History but mostly the meaning of this work for the whole town—this is what led us to start this project, in order to have it restored and to regain its former beauty.

That is why we decided to turn to crowdfunding in order to accomplish this project: according to us, there is no best way to encourage the emotional bonds existing between the painting and its town, and thus between our town ant the rest of the world. Even better if it proves to be something that can rouse excitement towards History in the next generations' minds.