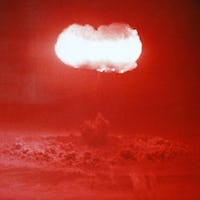 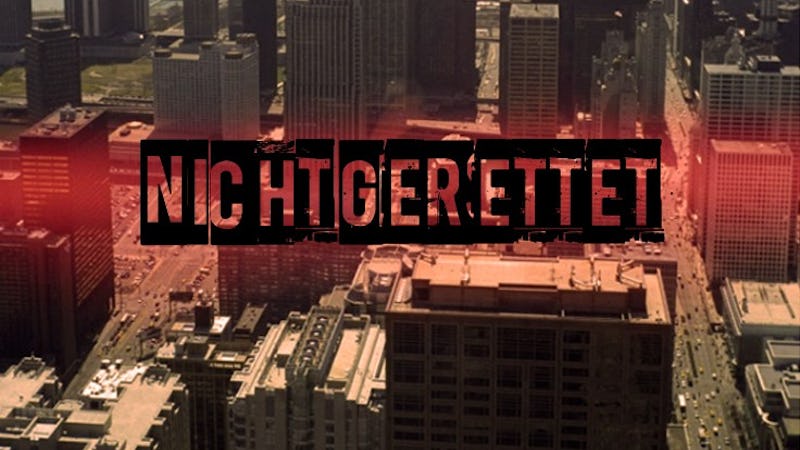 Nicht Gerettet is an art project on the disaster (from greek: inversion) which is divided into three chapters in the form of video installation

Nicht Gerettet is an art project on the disaster (from greek: inversion) which is divided into three chapters in the form of video installation

Our present is strongly influenced by the fear of a catastrophe. The media are central to the strategy of spreading terror and impending doom. We are constantly achieved by warning signs and images of disaster, as through the extension of social network in which communication occurs, the catastrophe takes its borders. Nicht Gerettet is a reflection on the disaster and technological development that has brought us indiscriminately to a circular logic of the market, infact often the catastrophe is an event that could have been avoided but it manifests itself as something absolutely necessary, because new technologies from which to justify new profits. An ecological catastrophe, military, economic capitalism invigorates and opens up new areas of investment.

Our idea is working through different media, on what characterizes the disaster: the moment of transformation, a moment in time that can be classified not short or infinitely slow and insensitive to our eyes.

The project is divided in chapters

Capitolo # 1 The chapter was made possible thanks to the support of the City of Ravenna and was presented to the gallery myCamera, Ravenna, in May 2011. In the first chapter we have investigated the concept of deception narrative of pictures out of old negatives and burned by the light we saw how these elements contribute to the interpretation of the photographs and give them the apocalyptic atmosphere that announces a catastrophe or is the immediate consequence. Halos floating above the skyscrapers of Chicago reported that the idea belongs to the collective imagination of catastrophic events such as terrorist acts or alien invasions, now rooted in the collective memory thanks to the entertainment industry. It is the media that determine the boundaries of a catastrophe as it is they who hold the power of distribution of images and apply the rules of marketing. The information takes the strategies of entertainment because the power of Hollywood is able to impose on everyone the same references memorials, then quickly determining the size of the tragedy.

Capitolo # 2 The second chapter will consist in the projection on the smoke of archival images of nuclear tests carried out in the Nevada desert. The smoke from 6 smoke machines will be channeled into special wooden guides that will let rising the smoke vertically. On this smoke screen will be projected images archive of the Manhattan Project. It will work on the perception of an image of a mushroom cloud visible support of the very nature of the projected image. As background music will sound processing of a Geiger counter.

Capitolo # 3 The third part concerns the production of a video showing clips from science fiction films of the early post-atomic 60/70 played in loop, which triggers a mechanism of short-circuit related to the simultaneous presence of three time dimensions: the past represented by film itself,  that we recognize as familiar, the future given by the theme of the movies that are apocalyptic and science fiction scenarios, while the present is given by the loop instead of the individual videos to denounce an eternal present rather typical among other things of our time . We think that in fact the future is seen as the contemporary one day as close as possible to the present.

The whole operation will be documented by the creation of a DVD that will be distributed nationally and internationally in galleries, foundations, media lab,cultural institutes in order to place the project in NICHT GERETTET artisticresidency programs, competitions, exhibitions and collaboration with othe rartists.

© NASTYNASTY are Biondelli Emiliano and Valentina Venturi. Our projectsalways include photography not only as a coherent sequence of images, but also through the use of individual photographic elements of grammar. In an attempt to represent what is around us we find ourselves lost in a surreal environment in which we conduct the photographic sequence finale.Il video and photographic publications are the areas in which design NASTYNASTY© moves and experiences.