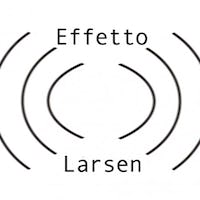 June 2012: the preview. We want to play an idea that needs lots of energy to arrive on stage! Coproduce INNERSCAPES!

June 2012: the preview. We want to play an idea that needs lots of energy to arrive on stage! Coproduce INNERSCAPES!

A love story, the flow of time, flashbacks and cross-fades. A trip into human relations, through time beated by space changing around the main characters, the two lovers. Telling a story using theatre's concreteness to realize a live cinematographic grammar.

INNERSCAPES is a theater performance born from an extract taken from “Aggregazione”, a live performance that won in 2009 the Biennal of Young Artists Exhibition from Europe and the Mediterranean. This idea has been developed and deepened in name only for two years, till it became a live performance project. Many people placed their confidence in thet project. Now  bringing it to the debut is our gamble.

INNERSCAPES is a performance created by Matteo Lanfranchi, actor graduated at Milan's “Paolo Grassi” Drama School and founder of Effetto Larsen. The company, born in Milan in 2007, realizes projects based on performative languages, in particular theater in every form, both on stage and in urban contexts.

INNERSCAPES is based on human relations and on context. The performance is realized right in front of the audience: settings, situations, costumes, characters are managed and changed on sight, realizing a stage game. That game involves the audience emotionally and mentally, short-circuits meaning and perception, sense and word. We explore the relation between human action and its collocation in time and space.

The performance will be distributed on national territory, partecipating at festivals and events.

Donations will allow us to bear part of the costs: we will be able to realize the sceneries, buy costumes, have a light and sound design. We will also use donations for renting rehearsing spaces.

If you like to better know us please visit our web site: www.effettolarsen.it

Effetto Larsen was founded in 2007 to promote research projects in the field of performance, and in particular through the theatre language. The Larsen effect is the noise developed when the sounds produced by a speaker is captured  by a microphone and transmitted back and than amplified louder and louder by the speaker itself, in a potentially endless process. For us, this word is a metaphor of a way of building relationships, to expand, to communicate: the compass of our research process.