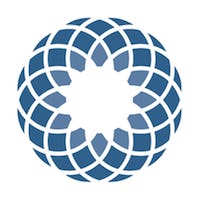 Flamingo: a bike-ambulance for poor Countries, where bike is the easiest way to get around

Flamingo: a bike-ambulance for poor Countries, where bike is the easiest way to get around

Flamingo is a bike-ambulance designed to adapt to poor countries rural areas. It can be connected to every kind of bike and allows to carry patients towards the nearest hospital. The driver can constantly supervise the patient because Flamingo can be used in three different ways:

Flamingo bike-ambulance is provided with two wheels, but one wheel can go up and down as necessary, so the driver can transport the patient both by bike (as sidecar) and manually (as hanfd-cart or as gurney).

Flamingo is designed to be build with local materials and resources that can be easily find on site (bycicle, pvc cloth, iron etc.)

It must be easy to use, produced with cheap materials and simple to fix on site 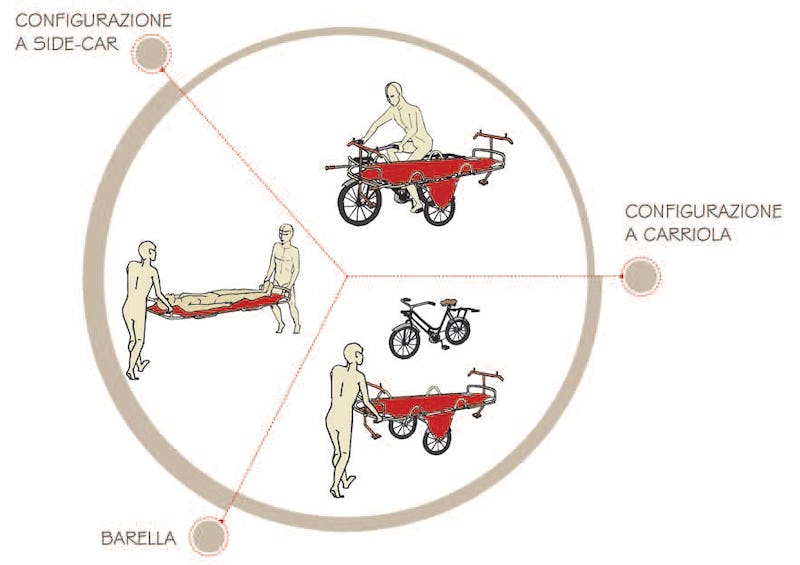 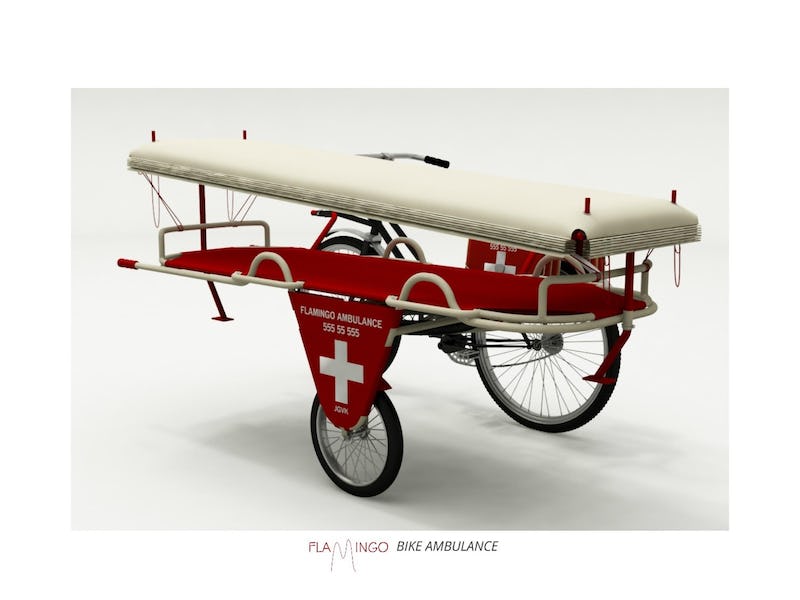 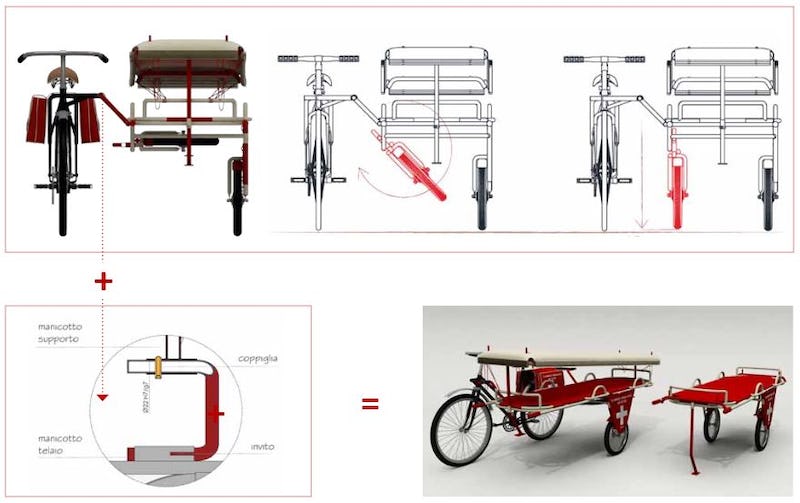 Sometimes it can be very hard for cars and ambulances to get around on local streets in poor countires; furthermore these means of transport are very expensive to buy and few people can fix them.

The Flamingo Project was born in response to the INNOAID initiative Bengali rural ambulance (BErA) which aimed to address the lack of means to access local health clinics and hospitals in the Sunderbans by creating a sustainable product-service system which was easy to implement at local level, simple to use, safe and always available. 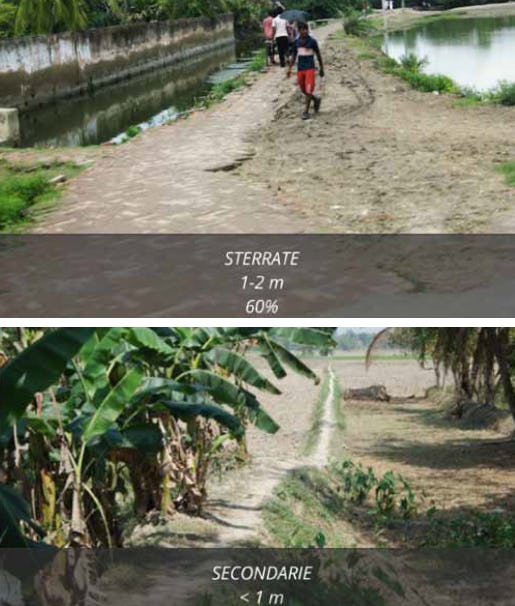 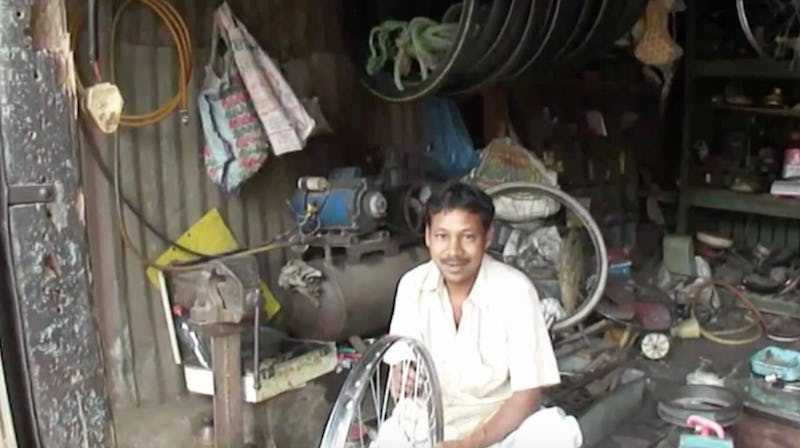 The two Italian designers have involved the Italian association SIT- Social Innovation Teams in the prototype production. Once the project is improved and approved, they seek to implement a sustainable mechanism for the production and the distribution of Flamingo bike-ambulance in poor Countries rural areas.

The project lifecycle is divided into four steps:

1. The building of the first prototype in Italy

2. The promotion of the project with national and international events

3. The check of the prototype on site (India)

4. The exportation of the project with national and international NGOs and in the private and public sector

SIT's idea consists in producing in Italy all the most complicated parts of the bike and let local producers make the rest of the vehicle. T

hat way the development of a bike-ambulance system will have positive impacts both on the hygienic side by improving sanitary conditions of local people and on the economic one by increasing local manufacture for bikes production and maintenance.

How we spend money

Money collected will give us the possibility to build up the first bike-ambulance prototype, in order to pinpoint positive and critical aspects and to set-up the necessary improvements.

Specifically, money will be used for:

Social Innovation Teams (SIT) is an Italian non-profit association. It was born in 2013 and aims to pinpoint what society needs and to develop useful and innovative social projects to fulfill those needs by involving people through new and original ways.

SIT aims to contribute to a fair and sustainable social development, both in Italy and abroad, by balancing social, economic and environmental features of its projects.

€5 or more
Every little help is very important!SIT thanks you on its social networks.
7 Backers
€10 or more
Take us with you everywhere you go!Flamingo bike-ambulance pin + thanks on so...
17 Backers
€25 or more
Hang Flamingo on the wall!Postcard with designers autographs and all the abov...
5 Backers
€50 or more
Wear Flamingo!Flamingo bike-ambulance t-shirt + Flamingo postcard + Flamingo ...
6 Backers
€100 or more
Take part: we'll be pleased to meet you!You can take part to a promotion even...
5 Backers
€250 or more
Take action: Flamingo waits for your because your opinion is very important!Y...
4 Backers
€500 or more
Your name on Flamingo: you have make the most so Flamingo is honored to host ...
0 Backers
9 Backers supported the project
without requiring reward
© 2020 EppelaAll rights reservedP.IVA IT01837640463
TermsPrivacyCookie