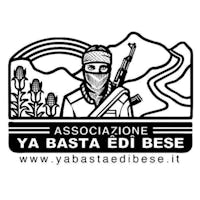 Build the dreams of the younger in the Gaza Strip

Play4Gaza: From a pile of rubble to a sports area at GH

From a pile of rubble to a sports area: help us build the dreams of the younger generations in the Gaza Strip, thanks to the Green Hops Gaza project.

Play4Gaza: From a pile of rubble to a sports area at GH

From a pile of rubble to a sports area: help us build the dreams of the younger generations in the Gaza Strip, thanks to the Green Hops Gaza project.

Build the dreams of the younger in the Gaza Strip

ACS  (Associazione di Cooperazione e Solidarietà), thanks to the co-financing of AICS (Agenzia Italiana per la Cooperazione allo Sviluppo), is finalizing the Green Hopes Gaza project in the northern area of the Gaza Strip.

Here the Italian government is completing a broad reconstruction and renovation program for the houses destroyed and damaged during the Israeli attack in summer 2014.

The houses have been almost completed. The park is under construction and when finished, will be the only sports facility in the area.

At the end of the  first phase of the project (winter 2021), the park will be set up and ready for  multiple sports, such as  football, handball, basketball  and a skate ramp for skateboarders.  The park will also include a circus tent, some children’s playgrounds and an educational greenhouse with a garden of fruit trees. The beating heart of park will be a multifunctional building, which is already used by local associations.

Particular attention will be focused on the implementation of psycho-social support activities for women and children and a space for people to run micro-enterprises. The structure could be used also for parties, weddings and other events. The park will be self-managed by the local community, under the supervision of Beit Lahya’s Municipality. They will create a management Committee that will draw members from  local sport teams and neighborhood associations.

During the period from December 20th 2019 to January 28th 2020, many cultural and sporting activities have been organized thanks to the collaboration of the Gaza Freestyle Festival, which was instrumental in the construction of the skate park. Unfortunately, due to budget restrictions and the difficulties and high cost of importing  building materials, we have been forced to use cheap and basic solutions for the construction of the Multifunctional building and its surroundings.

In particular, the surface of the sports pitches are made from concrete dust and sand and are only temporary. This means is can be used to play football on but is not as suitable for other sports. A new resin surface is needed, which will cost 53.200 €. (19€/m2)

The Association Ya Basta Êdî Bese, along with a network of supporters and athletes who play grassroots sports are  launching a fundraising campaign for the project. 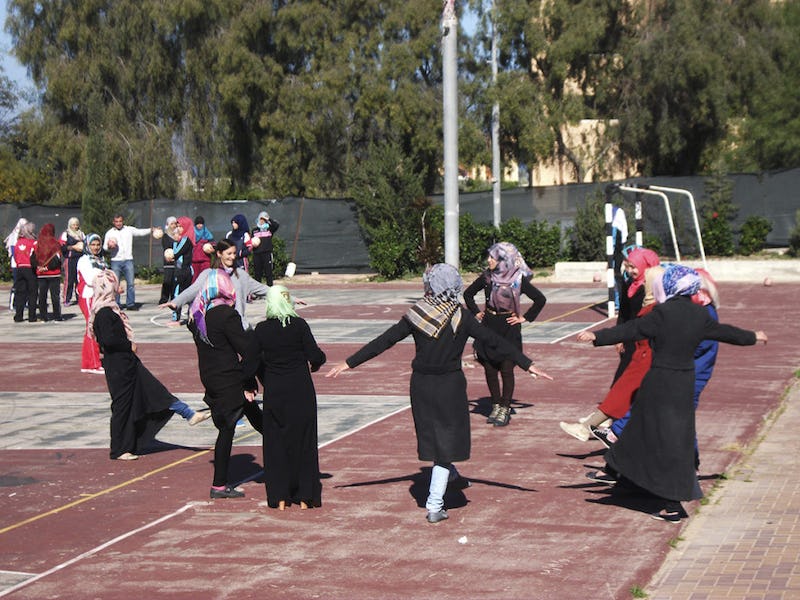 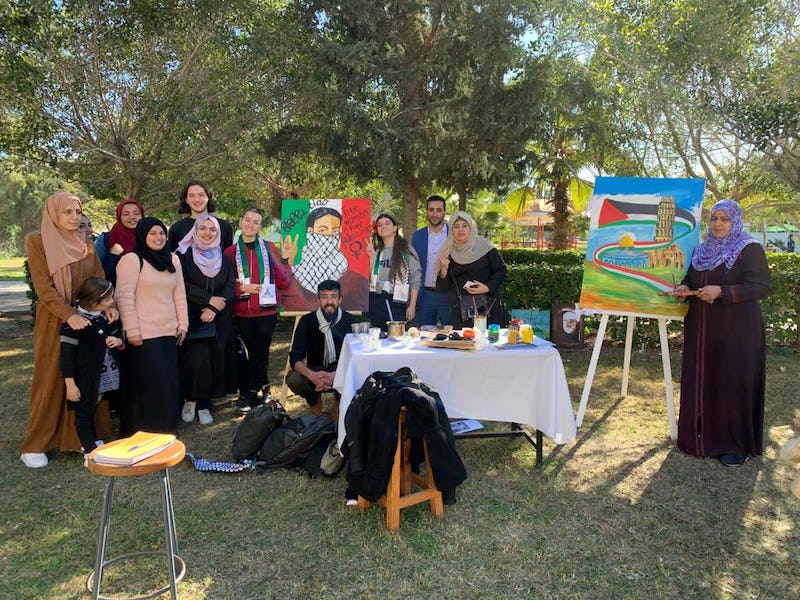 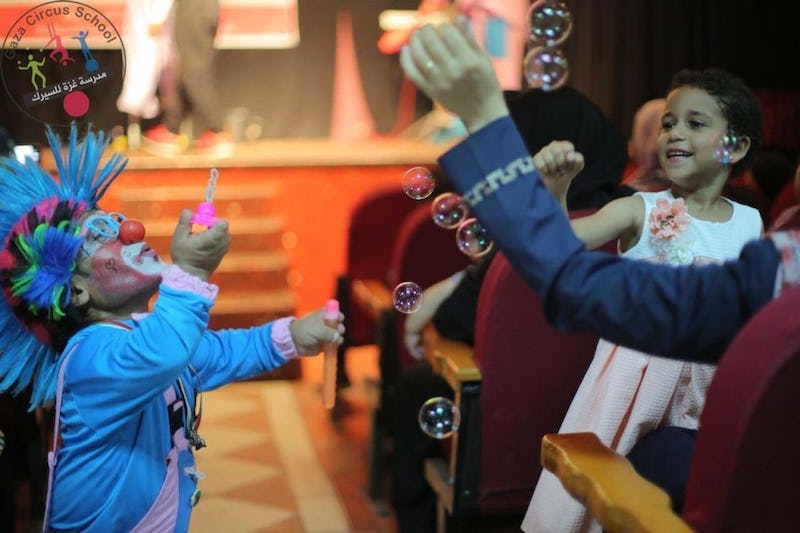 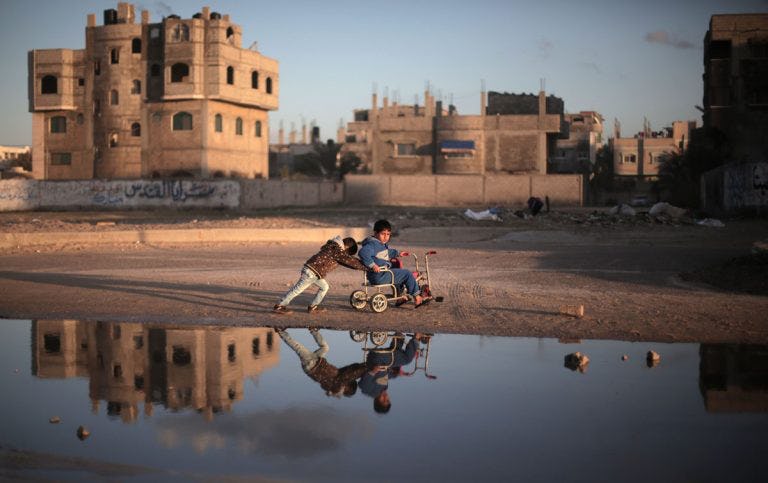 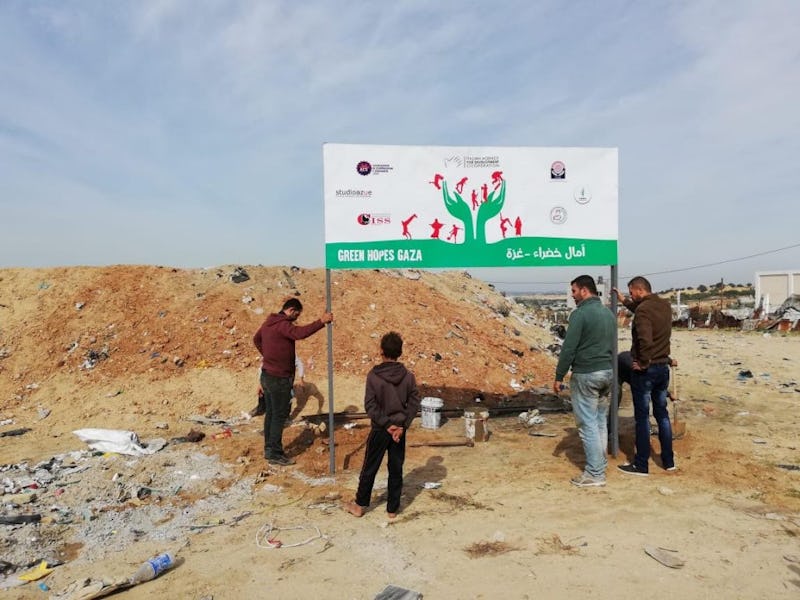 Funds will be donated to ACS in order to buy and build a new resin surface for the sports area at Green Hopes Gaza. 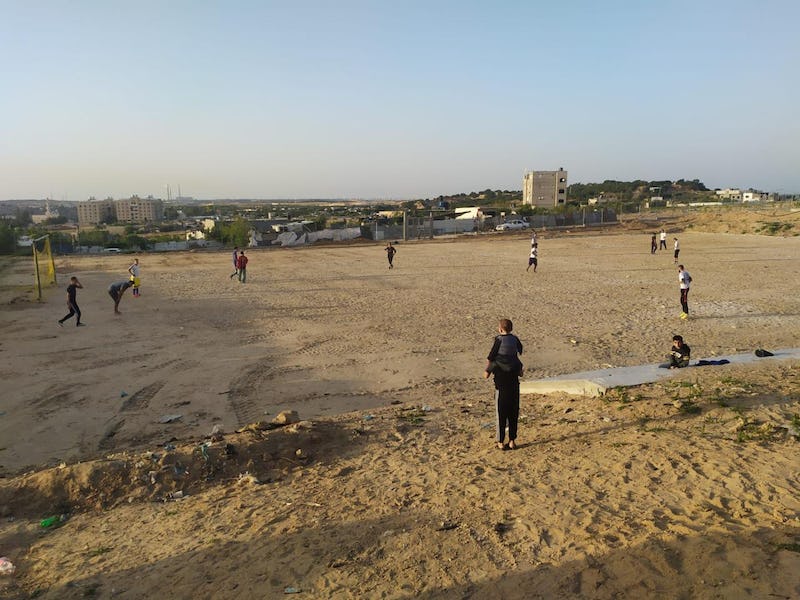 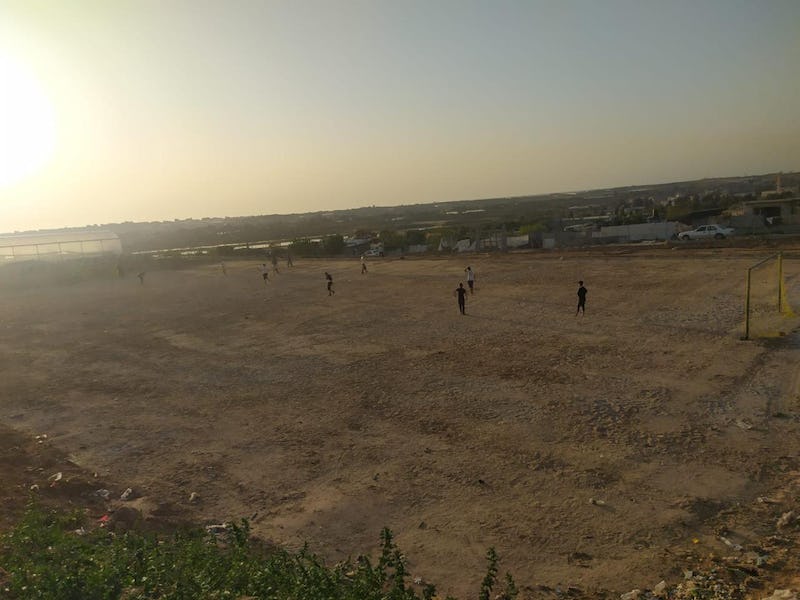 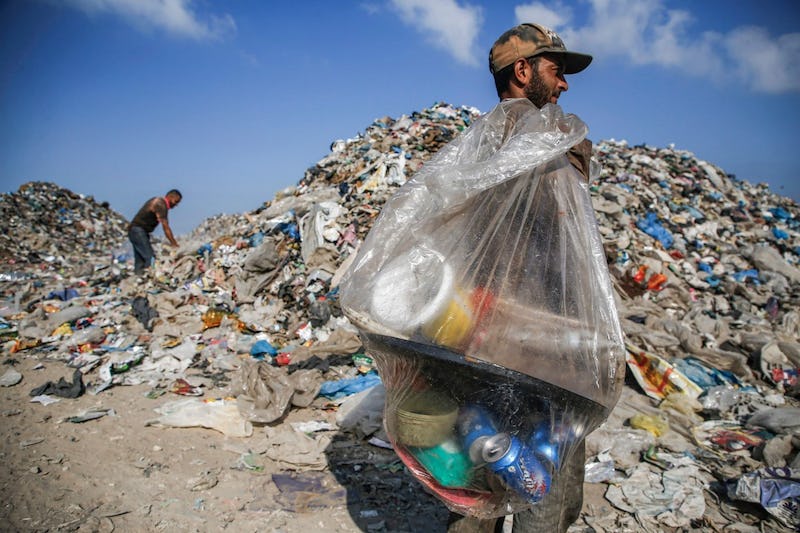 ACS Italia is a NGO based in Italy, working since 20 years in Palestine with cooperation and social development projects

Ya Basta Êdî Bese is an italian association which carry out hundreds of projects aimed at supporting resistant communities in different countries around the world.

The association recently promoted a cooperation project on the subject of psycho-social health, through the use of Hip Hop, in the Gaza Strip: Gaza is Alive 2019.

€10 or more
Special thanks by e-mail.
12 Backers
€20 or more
We'll keep you posted about the project, sending you updates with high-resolu...
15 Backers
€40 or more
T-shirt "Women in struggle" with Leila Khaled quote (free shipment to Italy),...
16 Backers
€50 or more
Printed photo with frame from "Gaza is Alive" photo exhibition (free shipment...
4 Backers
€80 or more
Christmas package "Play4Gaza" (free shipment to Italy),we'll keep you posted ...
3/50 Backers
€100 or more
We'll plant a tree in Gaza, nearby Green Hopes Gaza flourish. You can also ad...
9 Backers
€200 or more
Customized palestinian handcraft, made by the designer working for an inclusi...
1/15 Backers
19 Backers supported the project
without requiring reward
© 2021 EppelaAll rights reservedP.IVA IT01837640463
TermsPrivacyCookie