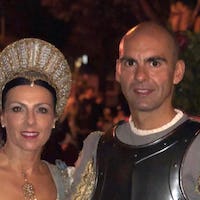 Support the Ass. Porta San Donato in his struggle at the service of historical memory and folklore at the time of Coronavirus. Enter our history

Support the Ass. Porta San Donato in his struggle at the service of historical memory and folklore at the time of Coronavirus. Enter our history

2020 will be remembered by the whole world as the year of the Coronavirus pandemic, a "hideous beginning" writes Boccaccio in his Decameron, not surprisingly written during the Black Plague of 1348, which took away many lives and affections in Italy and abroad.

This, which is by far the worst and unhealed wound, was followed by a situation of economic and social unease which also affected the world of entertainment and folklore.

The Porta San Donato Association every year, together with three other sister doors, endeavors to stage a festival reminiscent of the Middle Ages and a Palio at the end of September: the Games of the Doors.

The virus and the pandemic have put organizations such as ours in serious difficulty, which have been unable to come together and do vital and necessary activities for the life of the association itself, which are essential to sustain the annual costs of the association (from expenses for utilities headquarters, to the livelihood of the animals with which the Palio is contested: the donkey.

However, always quoting Boccaccio: "No one is injured by anyone who honestly uses his reason" and then, despite the difficulty, accustomed to "doing" rather than "standing still", we decided to use ingenuity to get out of it, in order not to lose the goal of Porta which is and remains that of feeding emotions, building a society based on beauty, knowledge, respect, friendship, tenacity to achieve a goal.

We want to continue doing what we have done for over 40 years, but this time we need you too!

A single penny donated to our fundraiser will be the thread that will sew our historical costumes,

it will be the hay that will feed our animals,

it will be the polenta flour that will serve our medieval "tavern" ...

... and you too will be part of the people of Porta San Donato: a piece of our history! 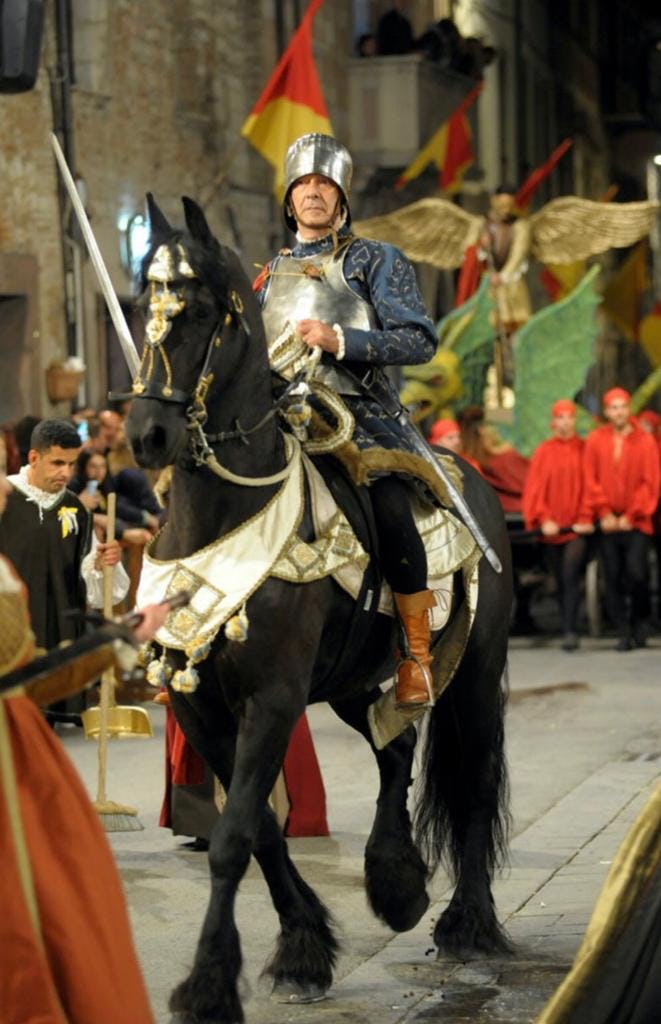 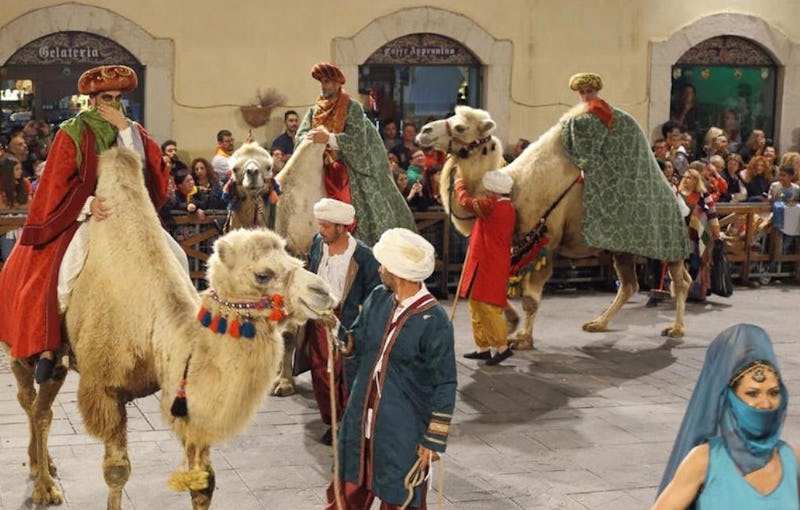 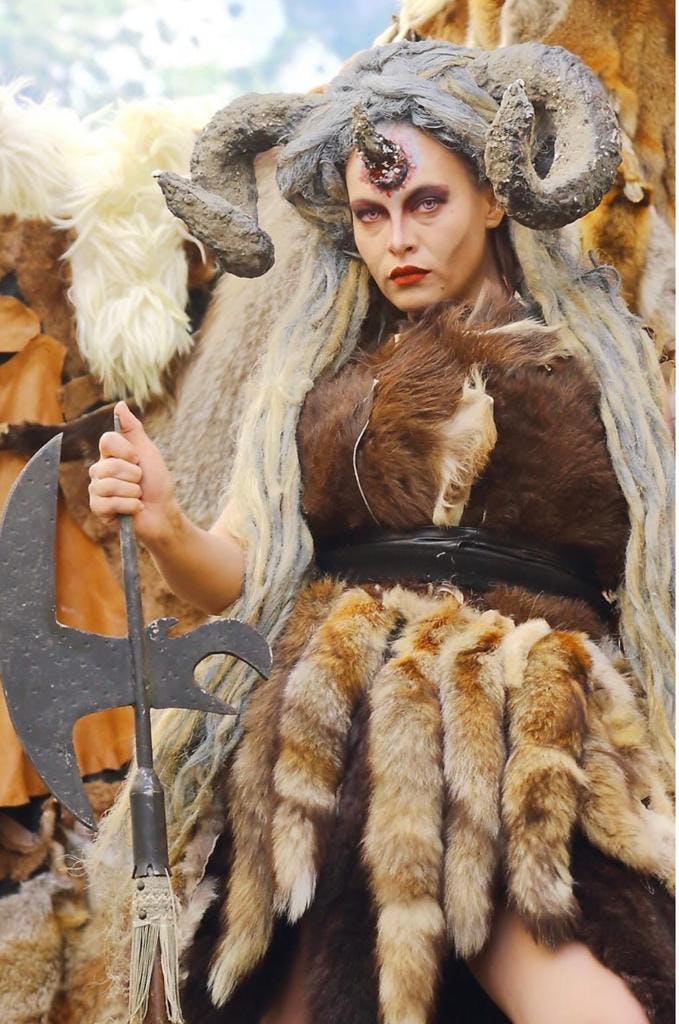 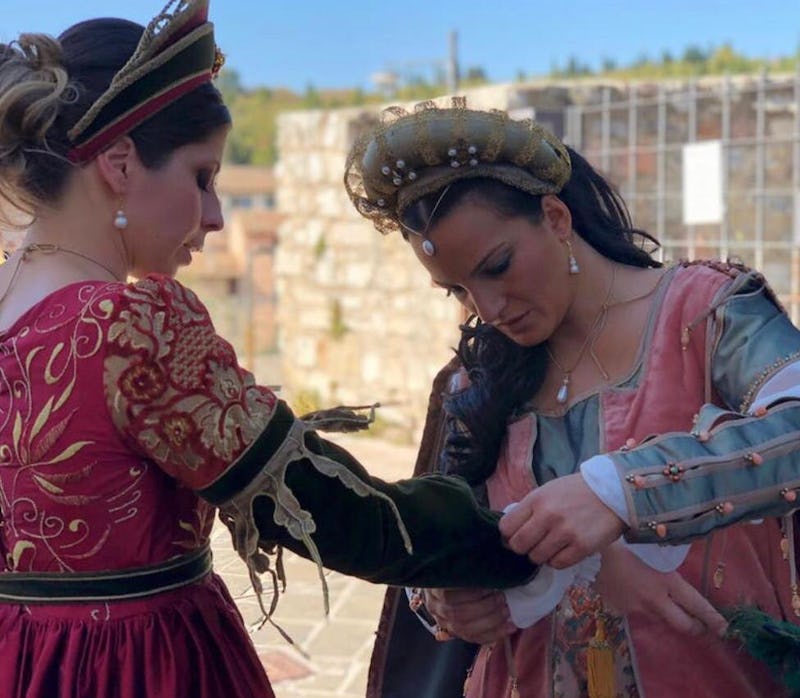 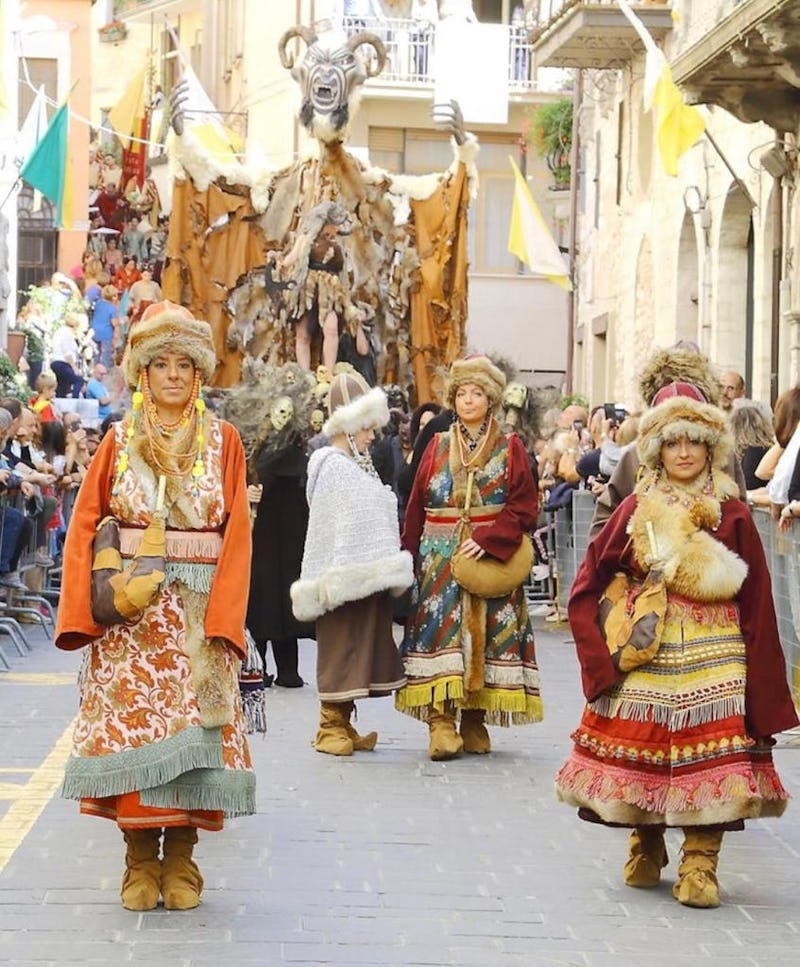 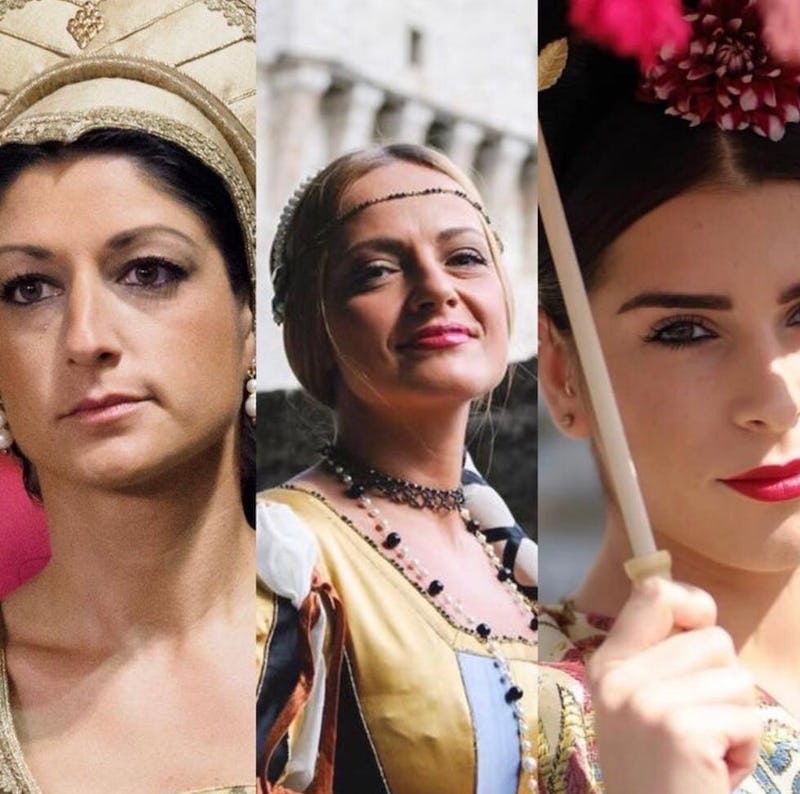 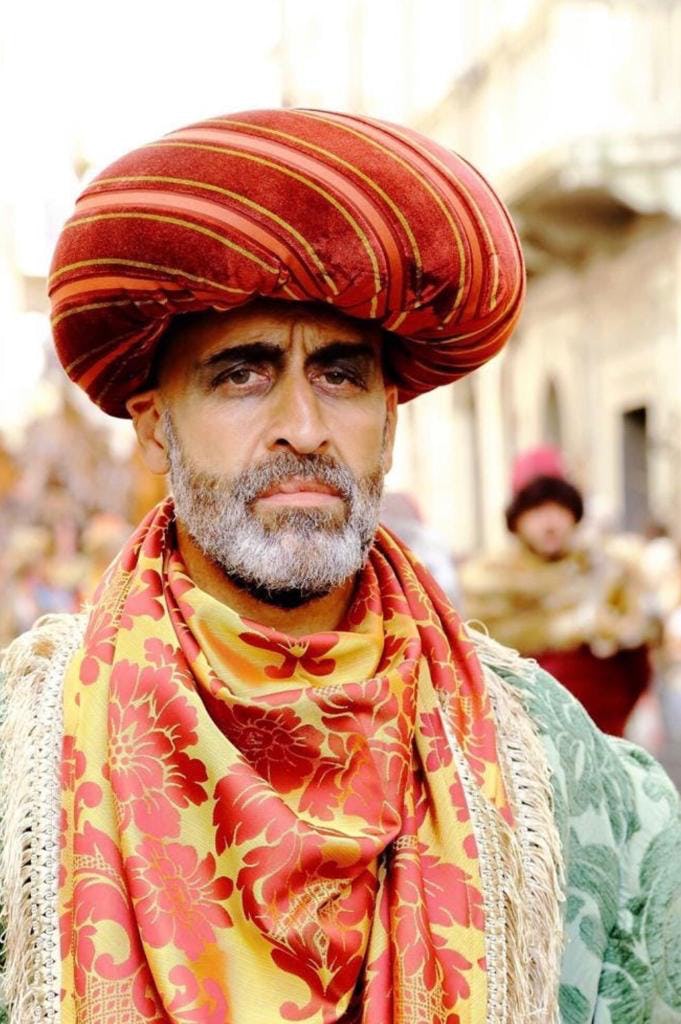 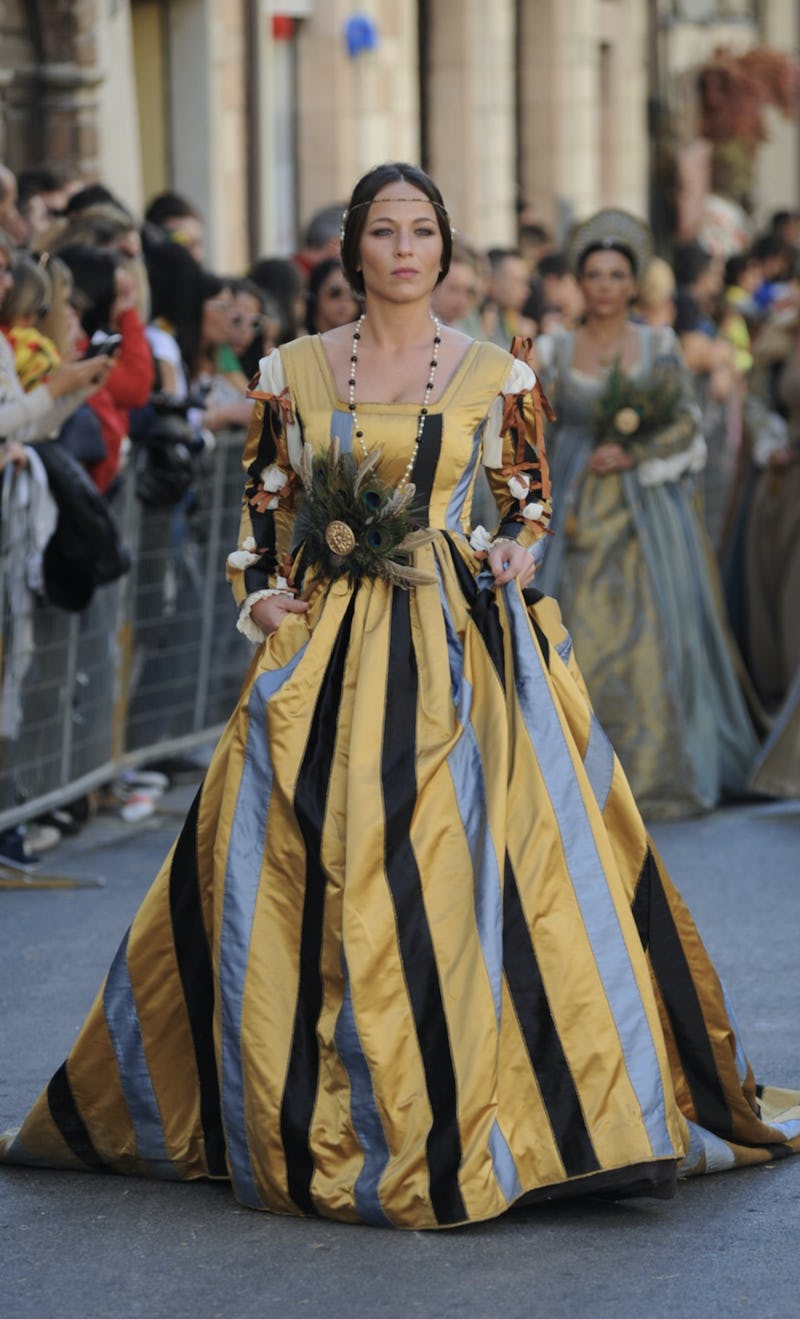 What we will be able to collect will allow us to be able to continue in the Association activities from those of historical research for the creation of clothes and allegories, to the feeding of our donkeys up to the payment of the utilities of our office where everything we can put in scene comes to life.

The epidemic has prevented us from being able to carry on the ordinary activities for self-financing and is now undermining the core of our existence, the "aggregative spirit", which is the driving force for all voluntary activities.

The association has always based its economic solidity on the collections obtained during the three days of the Palio and during the various annual events - which unfortunately will not be allowed for this year.

How much we can collect will allow us to stay alive and give us the opportunity to continue making history live!

We would also like to further enhance our "Stable" Aggregation Center - through Pet Therapy courses, with the help of our most docile and gentle animals: Our Hero PIRANDELLO (Martina Franca donkey, 20-year-old specimen, legend of the Palio in the 2000s, now affectionate and affable grandfather of the center) and the litle TARO (90 cm half-breed at the withers also suitable for the youngest).

In our 13.000 square meters of plot among the centuries-old olive trees you can also practice the sports of archery and slingshot - and thanks to federal technicians Fitarco and FIGEST you can learn the fundamentals of these beautiful sports immersed totally in greenery and nature of our Umbria.

WE ARE WAITING FOR YOU TO LIVE TOGETHER WITH US THE EMOTIONS OF A TIME THAT WAS. 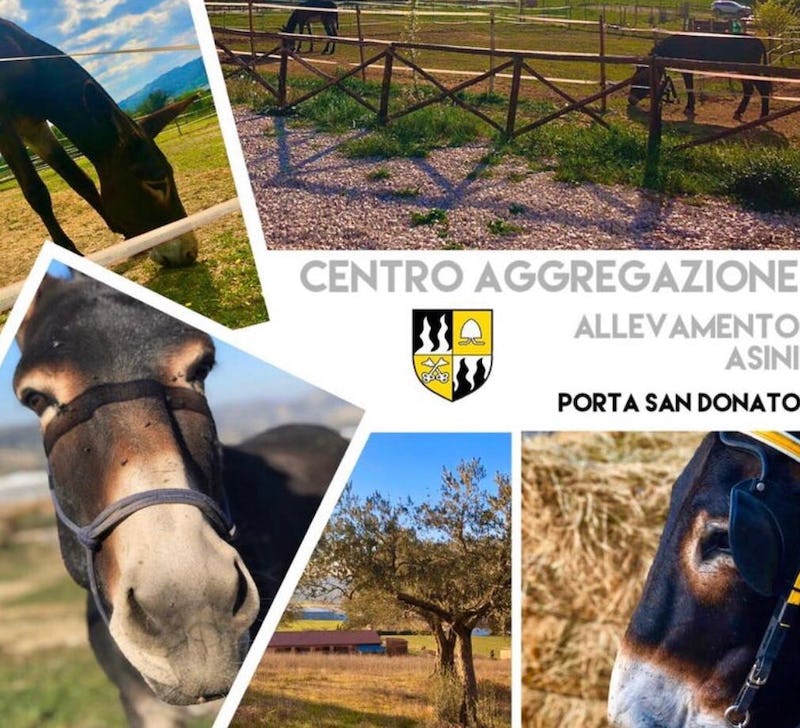 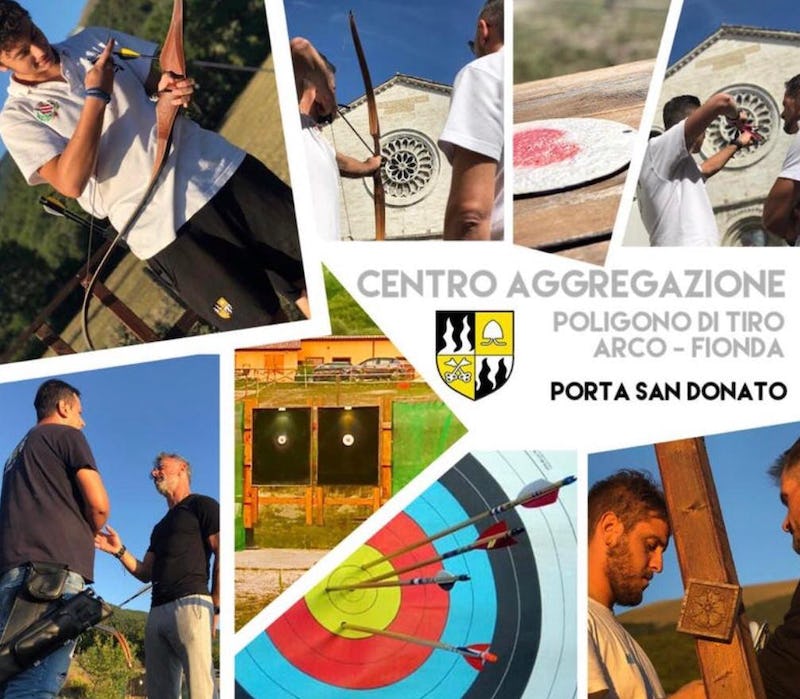 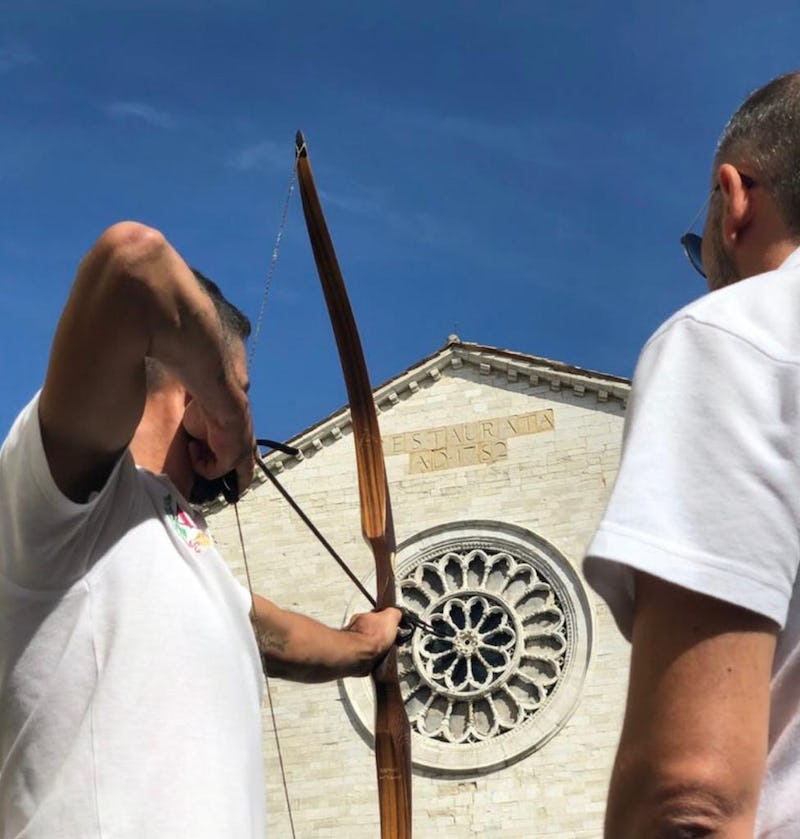 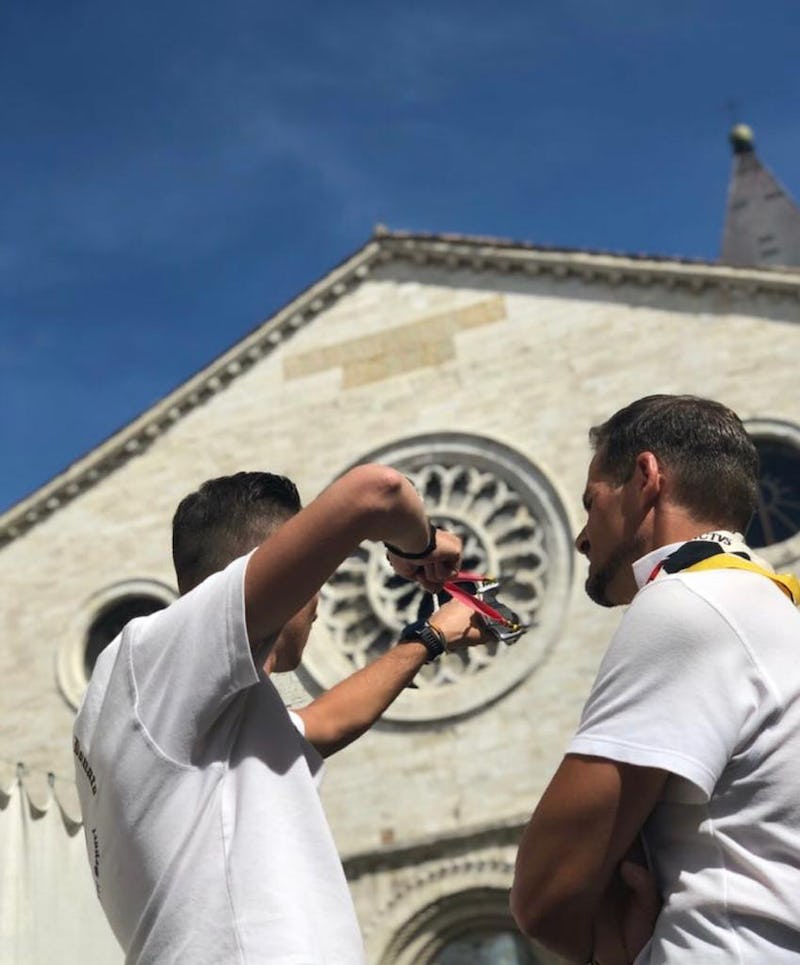 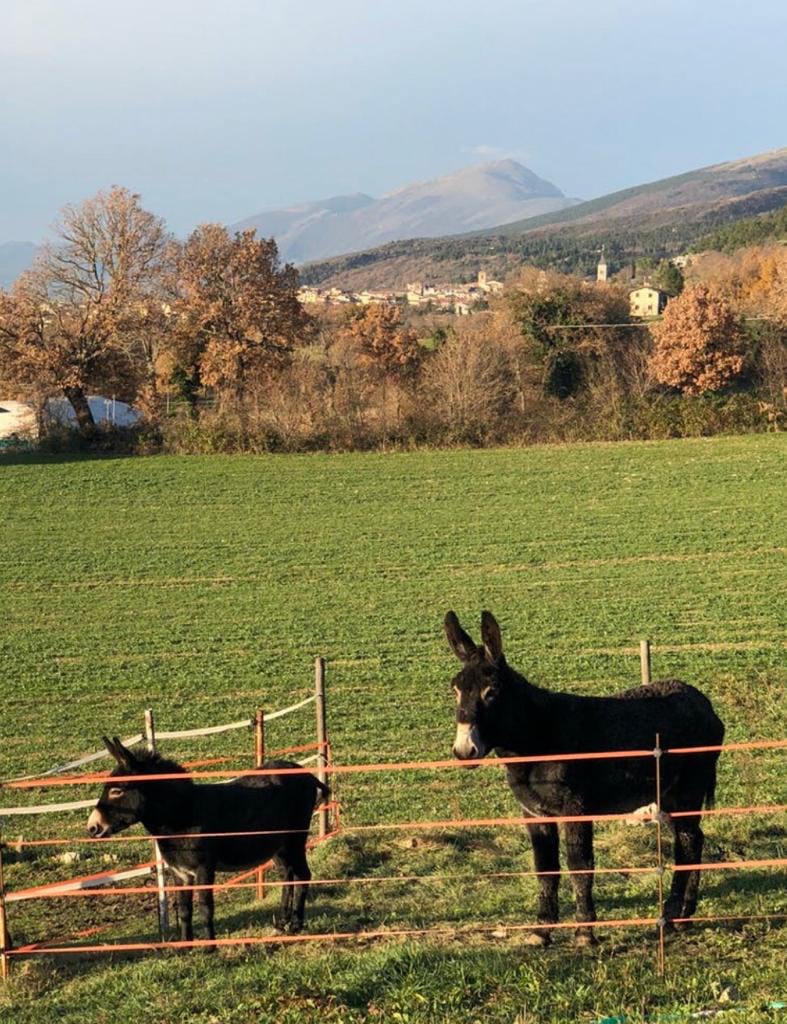 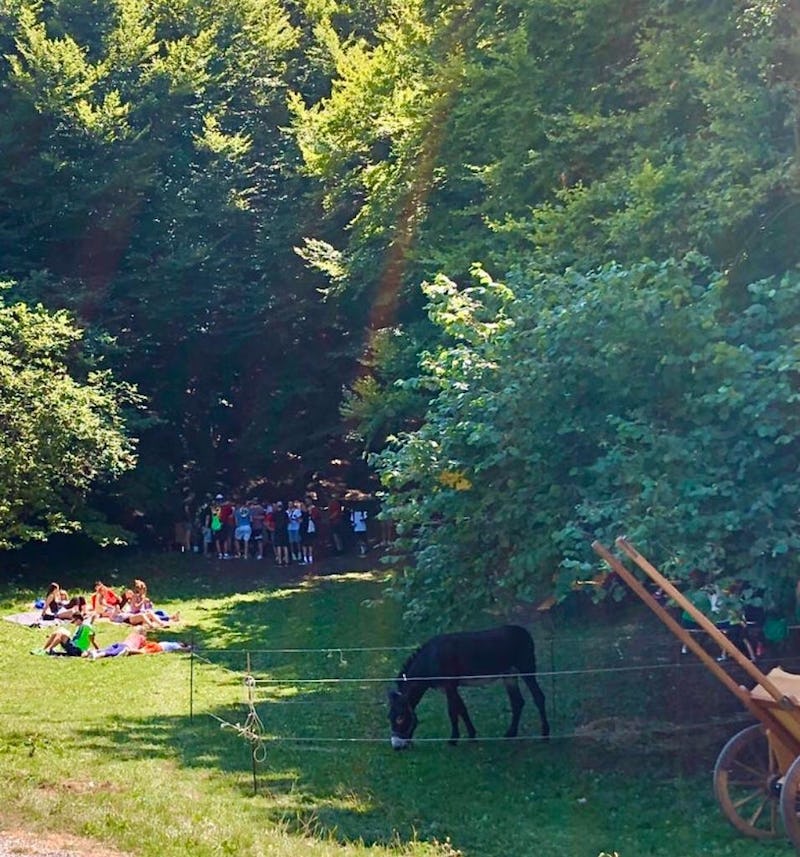 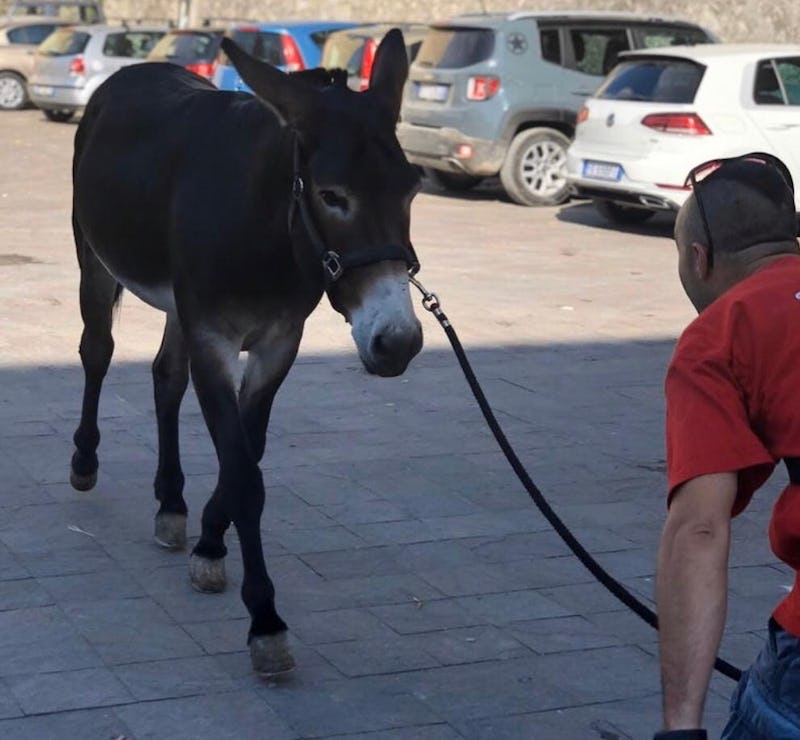 Founded in the 11th century by the Counts of Nocera in the area called " Valle Alta", at the entrance of the ravine “Gola della Rocchetta”, washed by the river Feo, the abbey was endowed by its founders with great estates: fields, meadows, woods , vegetable gardens, mills, brick kilns and houses, so as to be a real economic and religious potentate. Not surprisingly, in 1254 the Duchy of Spoleto commissioned the abbot of San Donato to admonish the bishop of Gubbio Jacopo guilty of misconduct.

Some fragments of a beautiful square stone building in some houses in the Valle Alta remain of the ancient construction, while the church and the monastery, which over the centuries became the dependence of the Romualdin hermitage of Santa Croce di Fonte Avellana, were transferred to 1296 inside of the walls of the new Gualdo on Colle Sant'Angelo. The latter church still exists in Corso Piave and retains the foundation plaque: April 25, 1296 under the pontificate of Pope Boniface VIII.

The colors (yellow and white) are linked to the Pope as well as the heraldic symbol that the Porta San Donato association has adopted as the symbol of belonging to its own porters: an episcopal miter with the keys of Saint Peter, the Pope's attribute as bishop From Rome. This effigy is taken from the coat of arms that stands on the top of the door of the thirteenth-century civic walls, whose construction was financed directly by Emperor Frederick II of Swabia. The urban gate, one of the four built and three left standing, looks towards the Valle Alta, in a symbolic remote dialogue with the remains of the ancient 11th-century abbey that gave it its name and which can no doubt be considered the cradle and mother of the yellow-white people.

The Association, which has become a Social Promotion Association for years, in addition to being involved in the historical re-enactment and the rediscovery of the Middle Ages, is strongly active in the social sphere, trying to bring comfort to those who find themselves in difficult situations, trying to make people live those healthy moments of light-heartedness and human growth that are the basis of our identity. 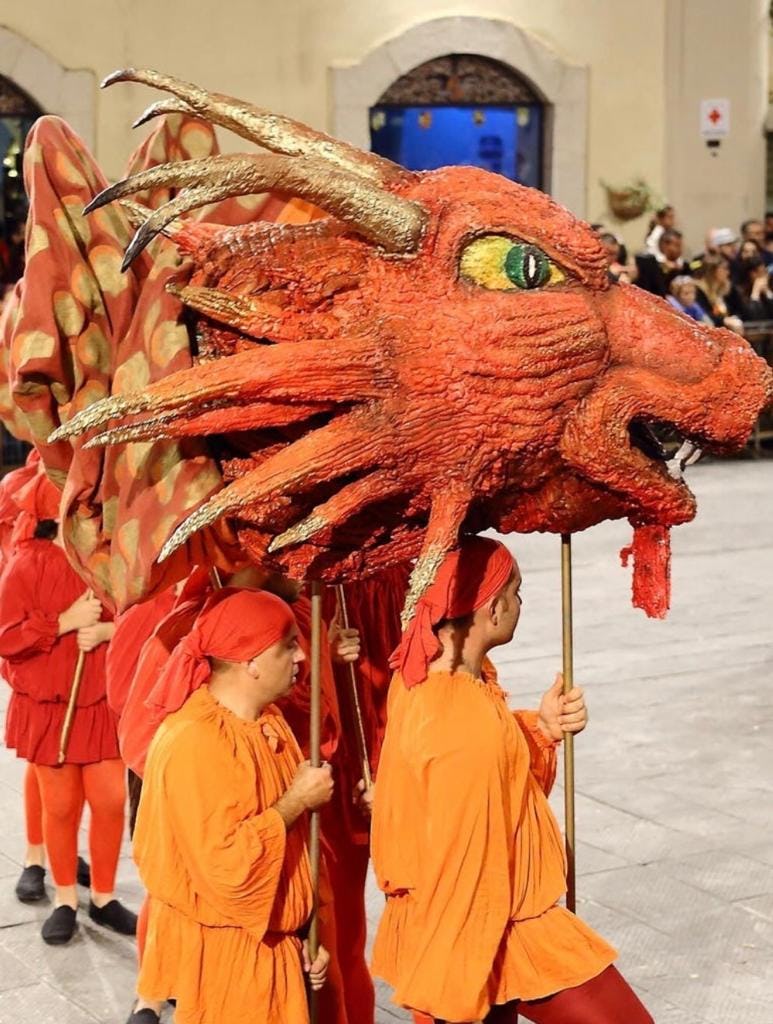 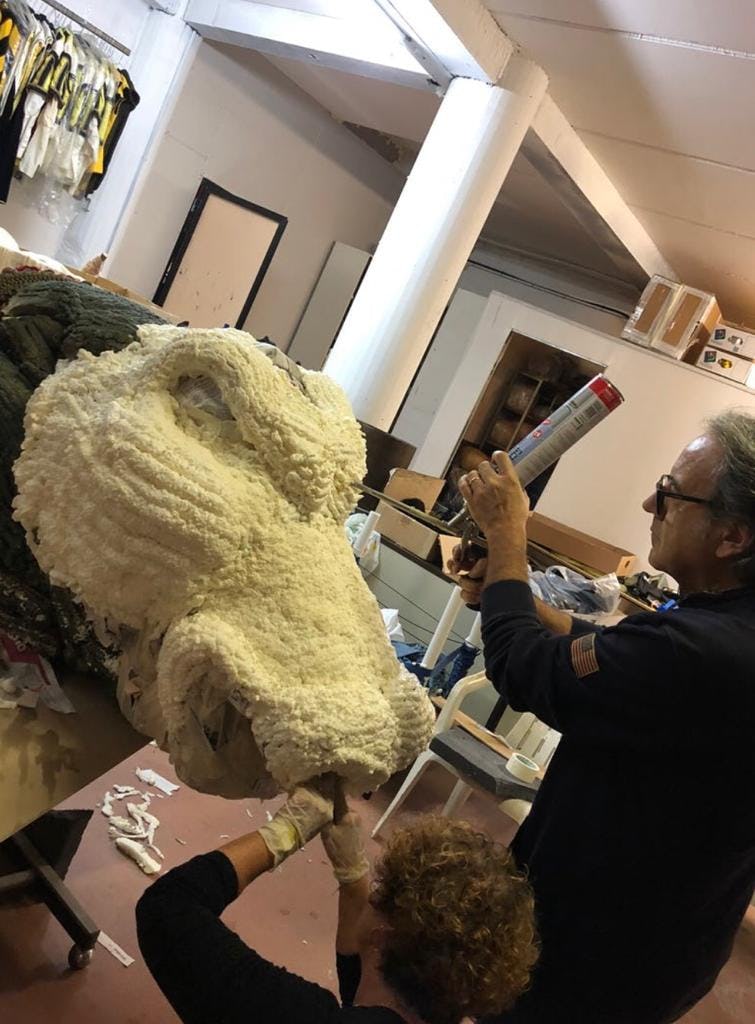 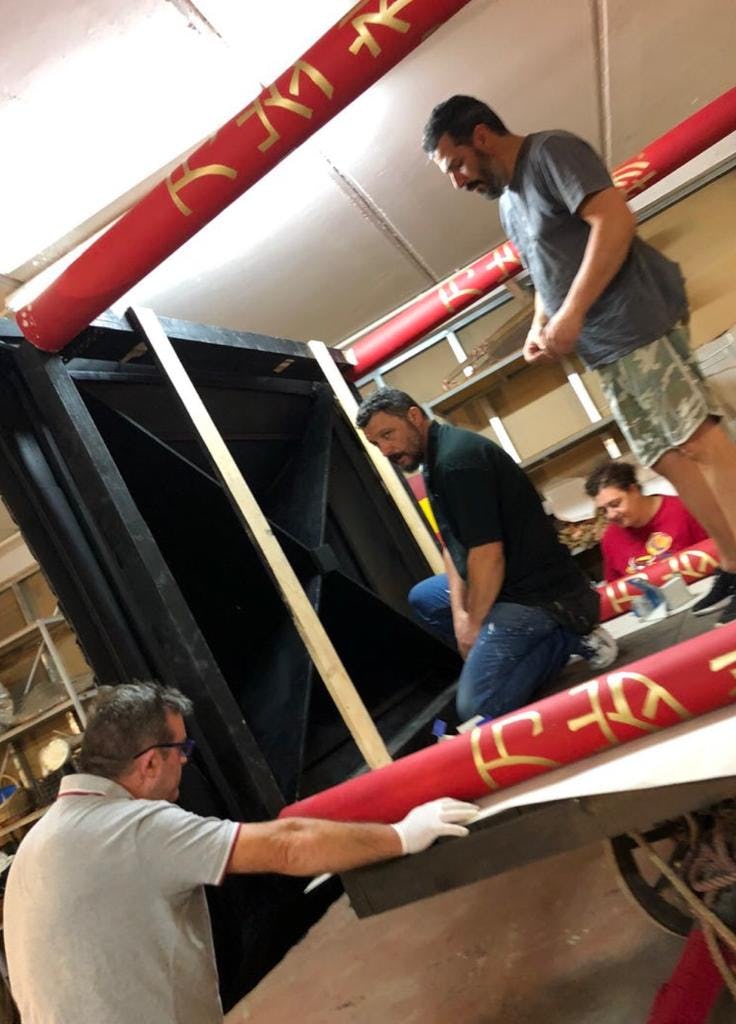 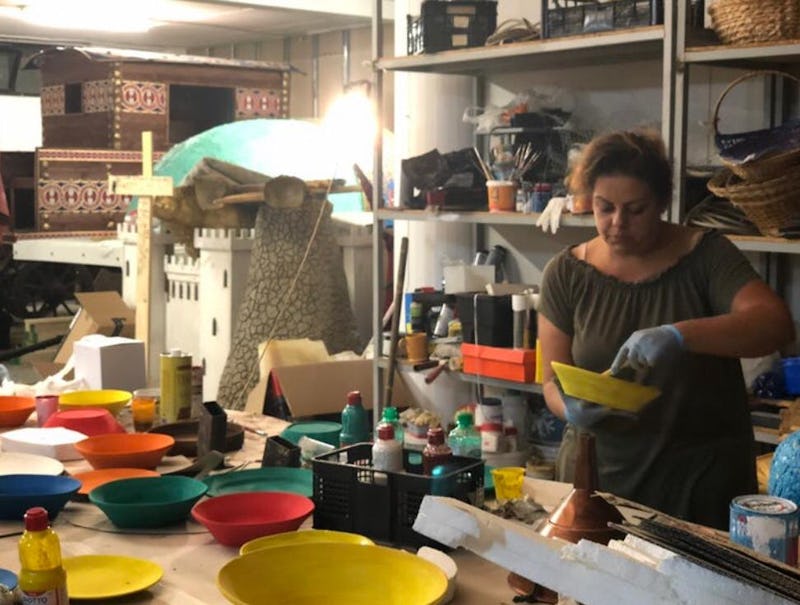 Prior president of the A.P.S. Porta San Donato (a life spent in the service of these colors).

I chose to launch this project as I believe that associations like ours are a fundamental part of the social fabric of our country, where people and intentions come together to share every moment of life, between present and past.

"When the past no longer illuminates the future, the spirit walks in the dark." [TO. de Tocqueville]