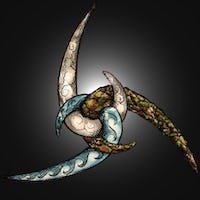 An album that brings Tolkien into the world of music!

Successful
All or nothingGoal: 7,500€Value: 10,000€
Worldwide
Music
Widget
Copy and paste the code below on your site or blog
Text copied
Shortlink
Text copied

An album that brings Tolkien into the world of music!

Ainur are back after 7 years from their last album.

And they’re here with a colossal project.

The big target of the Progressive Rock Orchestra from Turin (Italy) is called WARS OF BELERIAND: they will put into Music all the major Wars of Beleriand starting from the WAR OF THE JEWELS.

The album is dedicated to Fëanor, to the creation of the Silmarils and to the Wars derived from that and it is only the first step of a bigger project.

But let’s take it slowly, one step at a time.

WAR OF THE JEWELS will be produced and distributed by Ainur’s new label ROCKSHOTS RECORDS and it will be a little bit different from the previous albums: Rockshots is a heavier label and the topic of the album is darker. So this record will be harder and more combative.

You will find the Concept as usual, because the main goal of the band since the beginning is to follow all the Silmarillion’s facts (and all J.R.R.Tolkien’s writings) and to put them into Music.

You will find the Prog, because Ainur think that transform a tale from an art (Literature) to another (Music, in this case) is really hard and you must use all the instruments you can. Progressive Music has always had the malleability and the big possibility of exploring and creating.

And you will find the Orchestra, because for a long time Ainur’s members are 12 (classical instruments plus rock elements and 4 lead singers) plus a Poetess for the drafting and the writing of the original lyrics. A Musical Line-Up almost inedited in Italy and in the World.

Ainur project is one of the most important musical reality in Tolkien scenery worldwide: the albums are focused on musical transposition of Tolkien’s opus.

From Ancient Times (2006), a symbolic journey inside The Silmarillion;

Children of Húrin (2007), inspired by the same Tolkien’s book and Silmarillion chapter;

Lay of Leithian (2009), completely dedicated to one of the Professor’s most beloved tale that is the long poem about the history of Beren and Luthien;

The Lost Tales (2013), acoustic album that talks about the deeds of Eriol in The Book of Lost Tales.

Plus, the band has published also 2 DVD: one of them is included in the Deluxe edition of Children of Hurin and the other one is a live performance called Progressive Rock Night, directed by Federico Alotto, well-know director from Turin.

All the albums since now has been published and produced by Beppe Crovella (Arti e Mestieri) and Electromantic Music in Prog Italiano catalogue.

In 2014 Ainur published their first single There and Back Again in collaboration with Rockshots and to date the only word of the band that pays tribute to a J.R.R.Tolkien’s timeless opera: The Hobbit.

Ainur always use to compose in a hybrid way mixing classical and electric instruments and time after time facing different genres and sonorities to recreate the mythological and cosmogonic complex of J.R.R.Tolkien.

They like to define their discography as a big Concept Work, a set of concept albums that make together a unique big conceptual opera dedicated to The Silmarillion.

The band plays every year in the biggest Fantasy event in the italian and european panorama: Ainur is a stable reality in the italian progressive and in the Fantasy music all around the world. 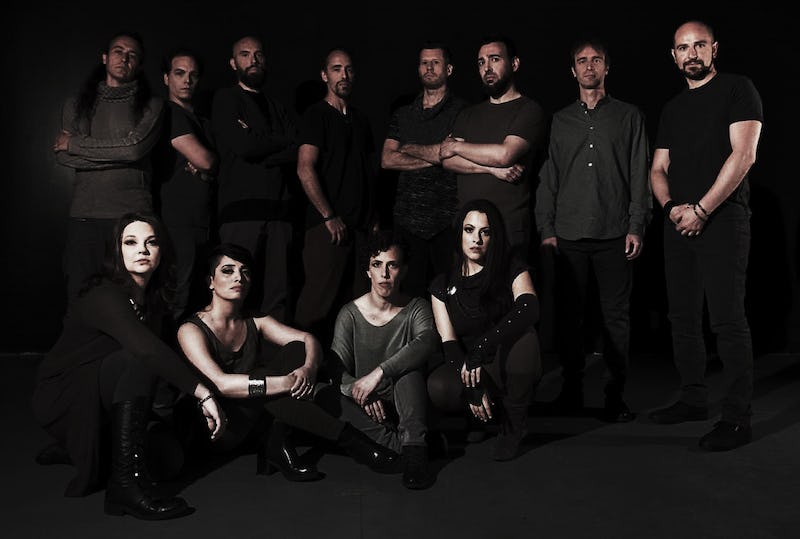 Your contribution in this crowdfunding will help Ainur in several ways.

First of all you will help Ainur in the creation of the album: recording, mixing, mastering and also artwork, graphic, packaging.

But that's not all: Ainur will use part of the funds to create new merchandising and new advertising material for the new album so the Professor’s tales could reach more and more people.

On the other hand, isn’t that the primary aim in creating Music?

The expenses for this album will be more or less:

Therefore: the entire project will cost overall 15.000 euros. Even if the crowdfunding has the final goal at 10.000 it is possible (and even better!) to exceed the target and to reach 15.000 euros.

Plus Ainur could take advantage of a co-founding by PostePay Crowd 2019: when the crowdfunding will reach half of the target (7.500 euros) they will found the campaign with 2.500 euros that will help to achieve the final goal. Everything’s clear? :)

That’s not all yet. 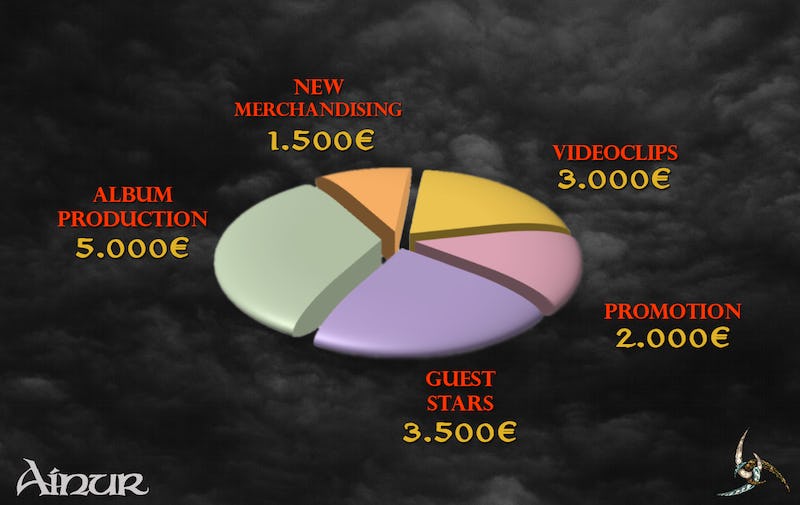 Because Ainur want to do it big and they want to involve some guests to make this album an unmissable object to show off on your library.

Your contribution will help to have a group of graphic guests that will make the artwork of this album spectacular and a group of extraordinary musical guests.

Who are these guests?

We don’t want to tell you now, but we’ll reveal them when we’ll reach some goals inside the crowdfunding so you will have the motivation to keep creating this project with us.

Not enough? You want more?

Ok, ok. So when we’ll reach 15.000 euros (then over 100%) Ainur will organize a big exclusive concert where they’ll present the new album with a surprise: a great guest! The location is to be announced.

We are counting on you to keep our discographic process going on: do you want to be part of the Ainulindalë with us? 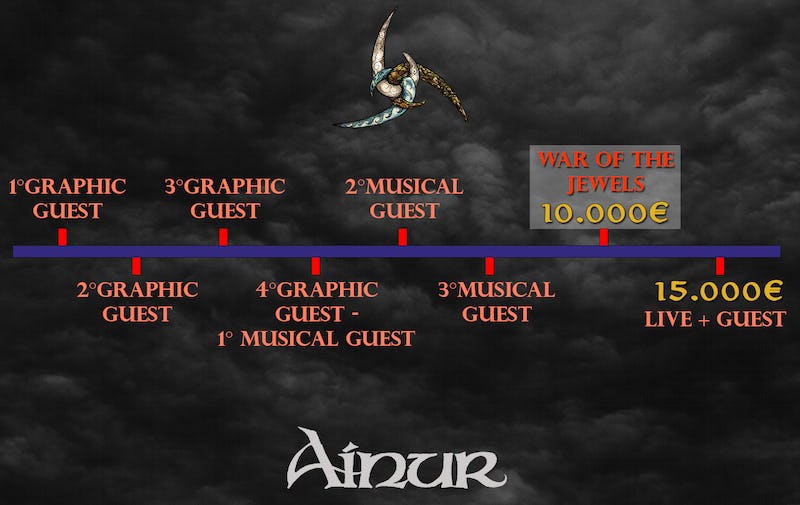 We thank you all since now.

Ainur project is a big ensamble of emotions, Music, culture and Love.

Ainur IS a Family.