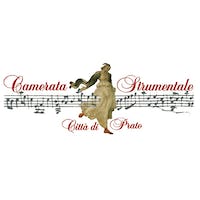 Prato
Music, Cultura
Widget
Copy and paste the code below on your site or blog
Text copied
Shortlink
Text copied

An acoustic shell for our Orchestras and Choirs

An acoustic shell for our Orchestras and Choirs

Prato
Music, Cultura
Widget
Copy and paste the code below on your site or blog
Text copied
Shortlink
Text copied

On February 28th, 1998, the Camerata strumentale «Città di Prato» held its first concert. Its creation was tied to the presence of Maestro Riccardo Muti in the city a few months earlier to conduct the Italian Youth Orchestra; at that time he urged Prato to create its own orchestra, because an important center like Prato deserved its own musical formation.

Since that first concert the Camerata strumentale has grown in many ways. From its beginning as a training orchestra for young musicians, it became a professional orchestra with its own concert season. Early on it was awarded opportunities to play with world renowned artists, such as Riccardo Muti, Murray Perahia, Monica Bacelli, Philip Glass, Louis Lortie, Viktoria Mullova, Alessio Bax, Jian Wang, Enrico Rava, Piero Bellugi, and Jonathan Webb, its principal conductor since 2014.

In the meantime it maintained its educational vocation, both for the formation of new audiences -with an important project devoted to children and teenagers- and for the training of young and amateur musicians. Results of this process include the Youth Orchestra «Prato Sinfonietta» and the amateur choir Coro «Città di Prato», in collaboration with the Prato Music School «G. Verdi». Both the ensembles have played on many occasions with the Camerata strumentale in its official concert seasons, and both groups are steadily maturing and building their repertoire. The main stage for the ensembles has always been the Teatro Politeama, a theatre and landmark built in 1924 as designed, amongst others, by the Italian architect Pierluigi Nervi. Deeply loved by the citizens for its important history and significant location in the town centre, the Politeama has always, however, presented a deficit for propagating sound. It requires a fundamental feature for musicians and their audience: an acoustic shell. 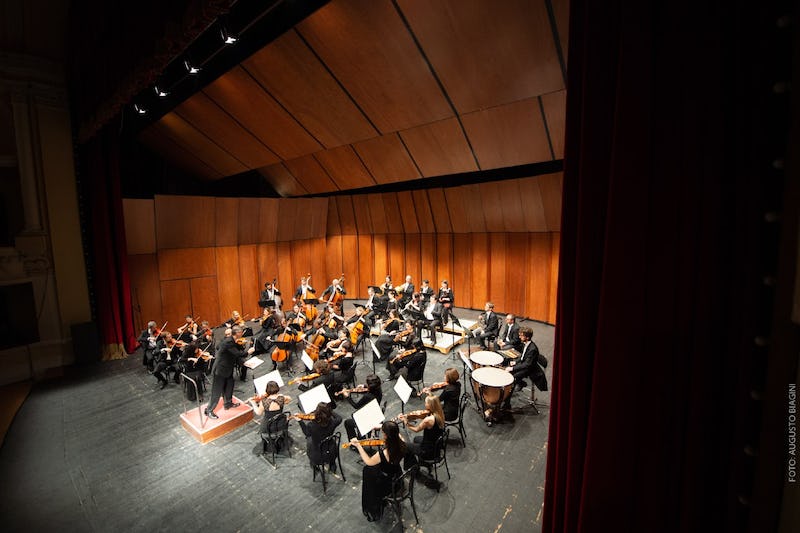 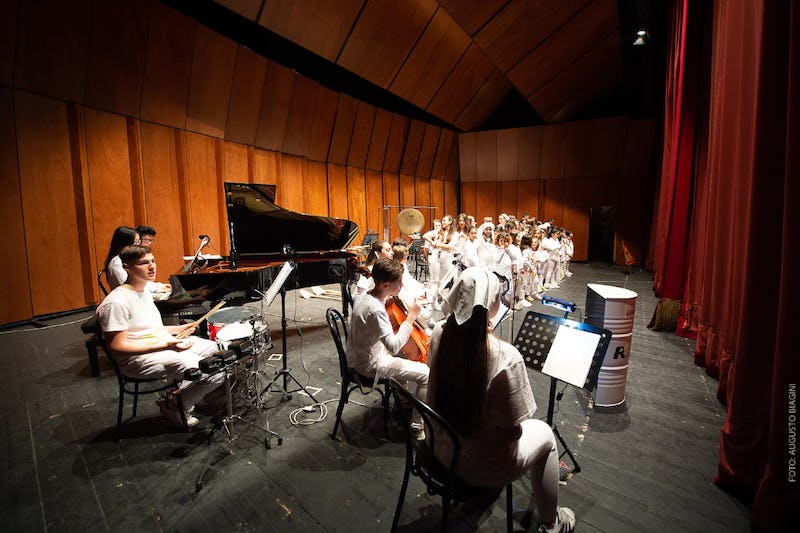 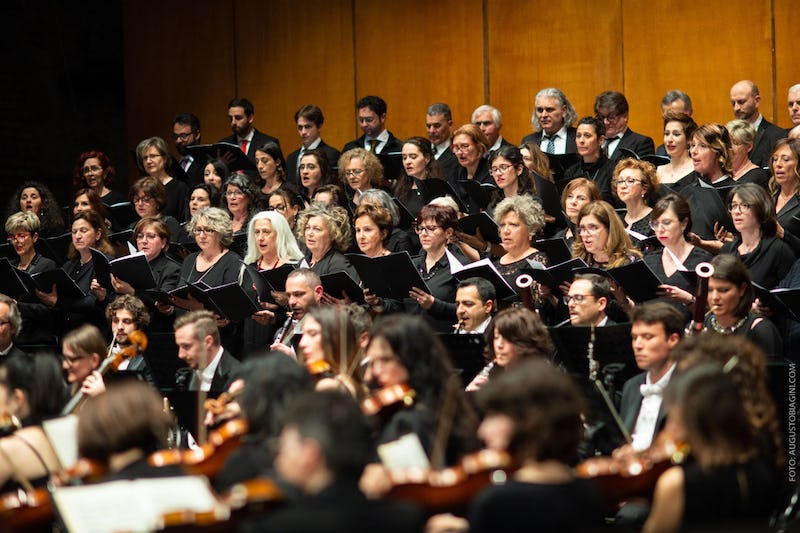 A home for our sounds: the acoustic shell

In January 2019 the orchestra management made a significant policy decision: an acoustic shell has to be acquired in order to respect the musicians’ work and the audience’s passionate loyalty. The direction moved to rent an acoustic shell for the following concerts of the 2018/2019 Season; the provider selected was Suono Vivo, a company widely appreciated in Italy.

The results far exceeded expectations: the musicians were finally able to give their best, to truly listen to and be in connection with each other, while the audience perceived the music in a way not yet experienced, with such a depth and wealth of sound and brightness of detail.

The season has now ended and the rental contract with it, and there is no return: the acoustic shell has to be acquired. 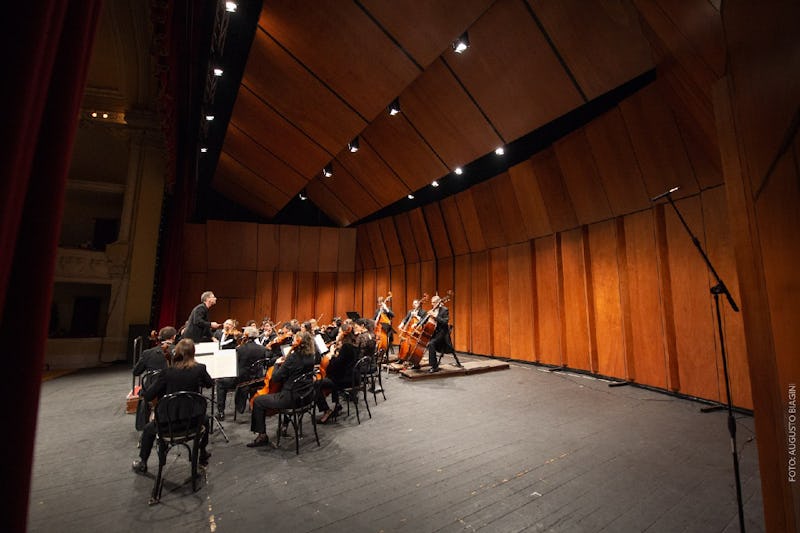 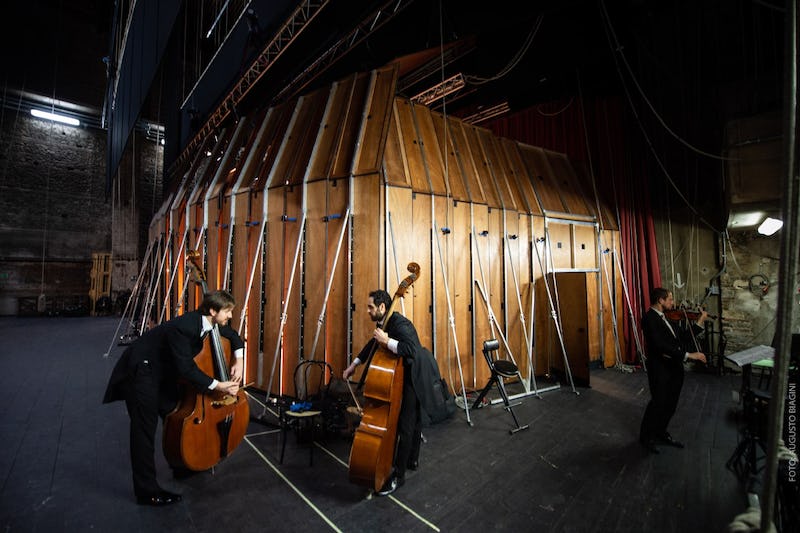 A small institution, the Camerata strumentale «Città di Prato» was founded and continues to thrive thanks to the support, first of all, of the whole town: the municipality, the local companies, the audience, the families of the educational programs. Our work is also highly appreciated by the great international artists who regularly play with the Orchestra, taking part in its life and encouraging its growth.

Buying the acoustic shell is an exciting challenge: this is why we are asking everybody who loves our Orchestra and the Music to commit to helping us, to form a community and to keep classical music flourishing in Prato. 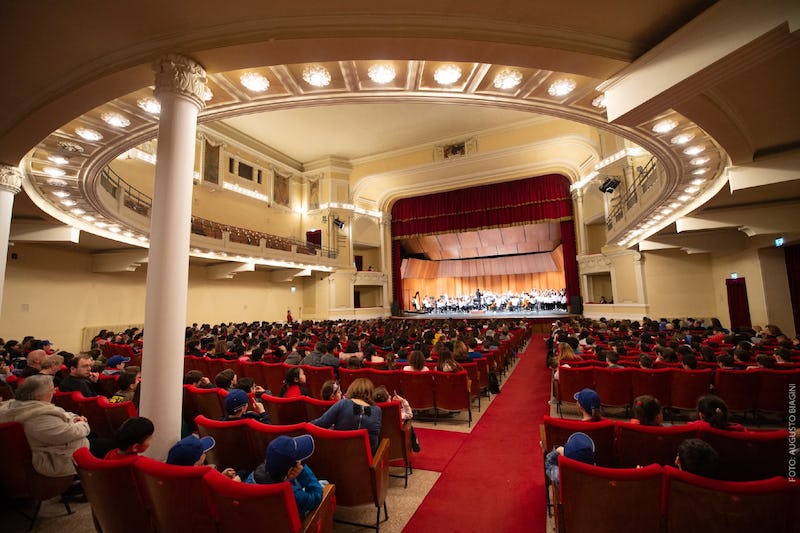 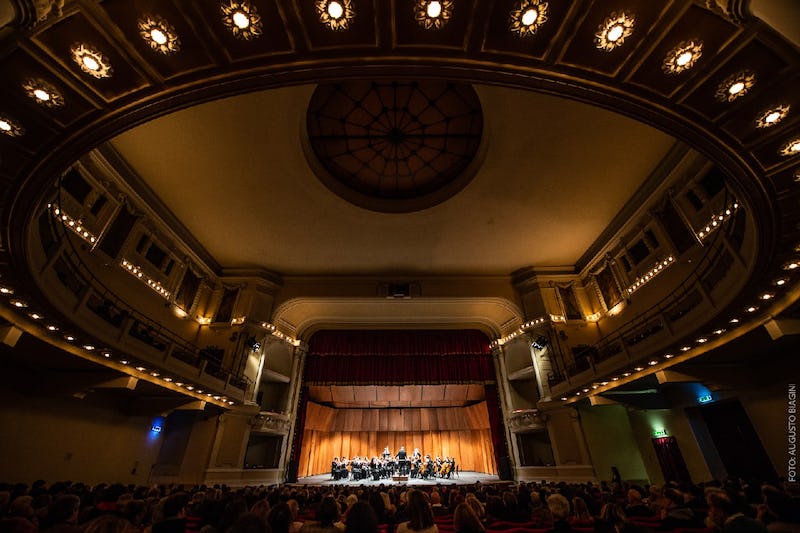 A huge thank you for your contribution from each and every one of us: staff, Orchestra, «Prato Sinfonietta» Youth Orchestra, Coro «Città di Prato», Children's choir of the Prato Music School. And thank you from the whole city of Prato! 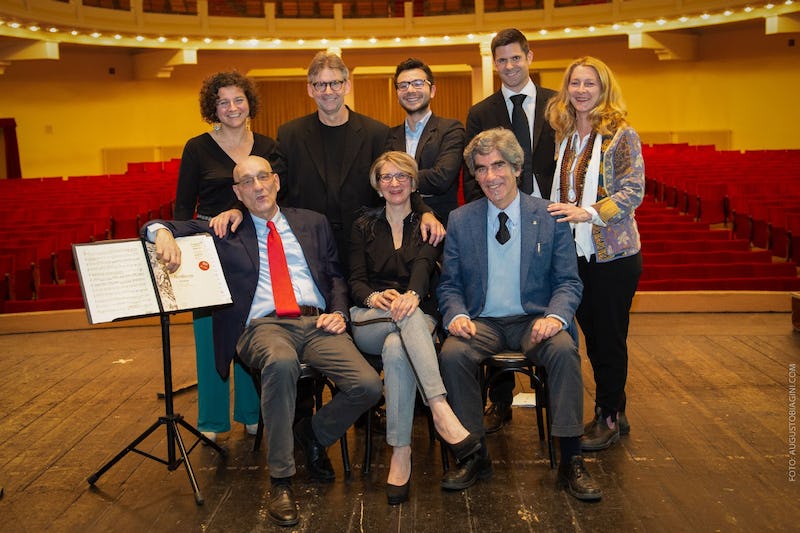 The Orchestra was founded in 1998 from an idea of Riccardo Muti, who conducted it on many occasions. Its repertoire ranges from Baroque to the 20th century, from chamber to symphonic-choral music.

It is particularly active in formation and enjoys a strong collaboration with the Prato Music School «G. Verdi», one of the biggest in Europe