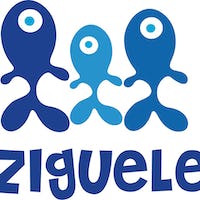 "Tonnarella’’ of Camogli, the last artisanal fishing practice of it’s kind surviving in the Mediterranean

"Tonnarella’’ of Camogli, the last artisanal fishing practice of it’s kind surviving in the Mediterranean

In the crystal clear waters of the Golfo Paradiso, Liguria, the local fishermen are keeping alive a centuries old fishing practice: the ‘Tonnarella’’ of Camogli, the last of it’s kind surviving in the Mediterranean.

In the Tonnarella fish are caught by first being guided through a labyrinth like system of nets. The selective process involved and the natural fibres used for the net mean this type of fishing is sustainable and environmentally friendly. The net’s large mesh allows the smaller fish to swim through freely and at the end of each season nets are discarded onto the sea floor where they decompose naturally.

Fish caught in the Tonnarella die when taken out of the water rather than through the brutal custom of the ‘mattanza’ (where fish are hooked using harpoons and then beaten to death via repeated blows) a common practice used by the fishing industry.

Also, the Tonnarella follows a sustainable fishing policy by avoiding catching the endangered red tuna and instead fishing the smaller species of the tuna family which are considered of less commercial value. This approach helps massively to support marine biodiversity in the region.

The net structure is lowered into the sea yearly, drawing on the fishermen’s expertise and is dependent on unpredictable gulf currents. Once a financially viable enterprise, this type of fishing represented not only a good income for the fishermen but it was also used to fund many public projects, benefitting the whole community.

Today the Tonnarella’s heritage should be safeguarded and appreciated. The younger generation are rarely willing to take on the hard work of the fisherman and factors such as climate change and cuts in funding have made traditional artisan fishing methods significantly less profitable.

During the night 24th April 2017 a large boat destroyed the Tonnarella net causing massive damage, the loss of the whole fishing season and crippling the fishermen’s cooperative managing the Tonnarella (Cooperativa Pescatori Camogli).

The fishermen have pledged to carry this tradition forward. With courage and self sacrifice they are determined not to give up this centuries old vocation.

The fishermen’s message is clear, theirs isn’t a dying craft!

Ziguele has been focusing on re-connecting young people to the fishing profession and exposing tourists to the activity of the Tonnarella. Once again, through this campaign, they are supporting Camogli’s fishermen in preserving this tradition and promoting an environmentally friendly and sustainable fishing technique.

The aim of this crowdfunding is not only to support the fishermen’s work but also to give contributors an authentic experience. Donors will have the chance to spend time with the fishermen and all those involved in the crowdfunding, participating first hand, just like crewmembers, in this centuries old tradition.

Many local businesses are involved in the crowdfunding offering various experiences. They too recognise the importance of the Tonnarella as an essential part of their own history and culture heritage.

Please see below a more detailed description of how the funds will be distributed,  we hope you too will soon join the Tonnarella crew!

As aboard the Tonnarella each team member’s role is essential. Every donation, big or small, will be crucial to the success of the crowdfunding in ensuring this tradition is kept alive.

Zigule is a cooperative founded in 2016, its aim to promote the local area and its activities in a unique and original way. The Ziguele’s work has been focusing on raising awareness of the marine ecosystem, the conservation and protection of the sea and its resources, as well as  supporting sustainable tourism. Ziguele offers tourists the unique opportunity to experience the Tonnarella through their guided tours.

The marine protected area of Portofino is one of the smallest in Italy, 346 hectares, stretching along one of the busiest sections of the Ligurian sea.

The marine protected area’s ambitious aim is to safeguard the marine biodiversity and the biological resources of the area, in conjunction with the promotion of local activities whenever these are compatible and sympathetic to the natural local environment.

Through the years the project has been encouraging new types of tourism, raising awareness of the importance of environmental preservation for future generations, as well as maintaining a healthy marine environment.

With its intrinsic connection to the sea, the Tonnarella’s activity plays a fundamental role in the conservation area and it represents not only an economic resource but also a working example of  biodiversity within a marine protected area.

The ‘Cooperativa pescatori Camogli’ has been managing the Tonnarella since 1982 selling its produce to the big fish markets as well as independent fishmongers, restaurants  and the food hall in Genova’s ‘Eataly’ store.

The importance and cultural worth of the Tonnarella has been recognised so much so that, since last year’s accident and the prospect of losing the cooperative and its activity, many campaigns have been run and funds raised in support of the fishermen, who’s income rely on it. This has seen the involvement of many local businesses and public authorities.

Offer a #unabirraperdomani to your club