Your personal guide to discover the places of culture in the world with audioguides that you can listen to on your smartphone!

Your personal guide to discover the places of culture in the world with audioguides that you can listen to on your smartphone!

Museolo is the first and only application in the world that gives you a tour of the places of culture more in line with your interests! It helps you to find works of art, museums and archaeological areas where you can listen to audioguides directly from your smartphone ... and you can create audio guide too!

Museolo is a mobile application designed to make a contribution to the digitisation of cultural places and to significantly improve the visitors'experience in museums, art galleries and archaeological parks.

It is the first application in the world that can help you to discover exceptional works of art and provides the user with all the information needed to understand the history and meaning of them.

In addition to the classic text and photo content, Museolo allows you to listen to audio guides directly on your smartphone. The audioguides are recorded by enthusiasts and professionals in the sector who intend to make an active contribution to the artistic and cultural dissemination.

When you will be in a museum, in front of a painting that you are passionate about or in front of a piece that intrigues you, you can immediately access a list of audio guides related to what you are observing, recorded by different authors (Art Coach) with different dclinations. You can then listen to audio guides with a distinctly academic cut or to more informal audio guides, which will allow you to understand art even without being an expert.

If instead you are the expert, or if you are simply a lover of art and culture, you can become an Art Coach and actively contribute by adopting a museum and taking care of the information or recording personally audio guides that will be available to the visitors.

You can record an audio guide directly with your smartphone or with your PC to make it available on the platform.

The funds raised will be used to make Museolo known to as many people as possible through Digital Marketing activities aimed exclusively at the Italian market.

To achieve this we therefore need to involve:

We intend to use incisively Facebook and Google to promote Museolo with paid advertising campaigns. Our business model is based on a revenue-sharing logic between the museum (or the owner of the works of art on display),
the Art Coach thatrecords the audioguides and the platform itself.

Precisely for this reason, the adoption of Museolo is convenient for all those involved, which in addition to contributing to cultural dissemination can derive an economic benefit. The possibility to earn an extra and to offer a further service to visitors is an element that will certainly be of interest to Art Coaches and museums, in a context like the Italian one in which we have an inestimable artistic heritage but not much appreciated, exactly how often the professional figures linked to the world of art and culture are little appreciated.

The development costs of the application have already been incurred and any future improvement and addition will be economically supported by Codexon.

Museolo is an idea of the Codexon software house, a technology provider in various sectors, including the art one.

The company was founded in 2013 and is based in Cava de’ Tirreni in the province of Salerno. Directed by Vincenzo Adinolfi, is formed by a team of 4 young professionals divided between the technical department and marketing:

What have we done so far?

January 2017
Our journey began in the early 2017, when we started to develop Museolo only for Android devices and to contact the first museums and operators in the field of art. Our aim was to present our idea for drawing from this comparison important tips and feedback that later on proven indispensable to achieve a perfect application.

July 2017
We published on the Google Play Store the first version of Museolo, still in beta and with the defects of any newly developed application.

November 2017
We also completed the version for iOS and then there was the official launch of the application. Thanks to an intense preparatory activity, the launch has had prominence on various newspapers both traditional and online.

February 2018
We tightened the first collaboration with the Mediateca Marte of Cava de' Tirreni that used Museolo as the official app that let the visitors listen to the audioguides of the exhibition dedicated to Andy Warhol and popart in general. The same collaboration started with the Roberto Papi Museum in Salerno, which since 2009 has exhibited an important collection of surgical medical instruments. These have been the first occasions in which Museolo was used in real visit experiences, by people who had never tried the app before that moment. After a few weeks, the Museum of Masonic Symbology joined the project too. Around the end of February we shooted the commercial of Museolo, in the fantastic location of the Royal Palace of Caserta.

April 2018
The Art Coaches began to collaborate actively on the platform, recording the audio guides of the Museum of Orvieto and of the Royal Palace of Caserta. Museolo was chosen as a formative project in the school at the "Mons. B. Mangino" Liceo to bring young people closer to the world of art and culture and to train them on storytelling techniques applied to works and places of art.

May 2018
We took part in the NAStartUp Day, held in Naples and organized by NAStartup, exceptionally in collaboration with the Festival della Crescita. We presented Museolo to an audience of startuppers, journalists, entrepreneurs and simple
curious who then voted for it as the best project among those evaluated.

Museolo is the only app that gives the visitors the opportunity to listen to the Tempus Time exhibition by Marco Lodola and Giovanna Fra at the Royal Palace of Caserta. 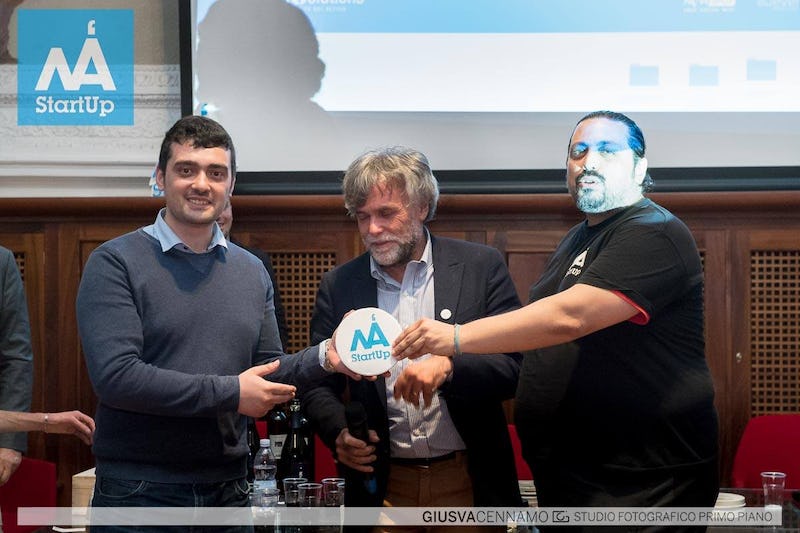 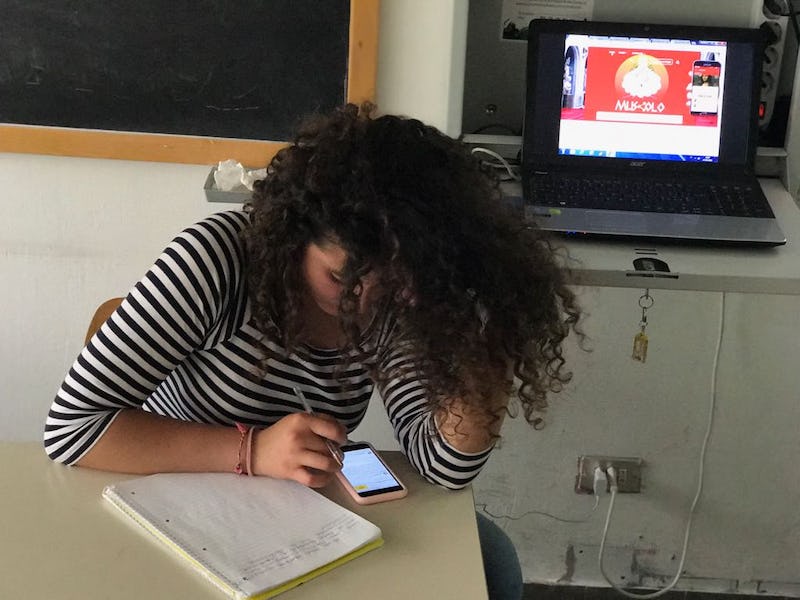 Museolo has been developed because, especially for small museums, it is difficult to create information material to support visitors. Audioguides are in most cases a sore point for museum, art operators and visitors, because they don’t have any and when there are the audioguides, there are often problems with usability.

Museolo was developed by the Codexon software house, a company that contains cutting-edge technical skills and is formed by a young and enterprising team.