Volterra
Civic, Art
Widget
Copy and paste the code below on your site or blog
Text copied
Shortlink
Text copied

Patrimony of Humanity – Let's Save it Together

Patrimony of Humanity – Let's Save it Together

The Cathedral is one of the great buildings of Medieval Volterra, and one of the finest examples of Pisan-Romanesque architecture. It presides over Piazza San Giovanni, flanked by the ancient city Hospital and Baptistery, and was built before the Palazzo dei Priori, known as the oldest town-hall building in Tuscany. Consecrated by Pope Callistus on May 20th, 1120, the Cathedral is home to priceless works of art, both ancient and contemporary.

The restoration of the Cathedral began in 2016, focusing on the façade of the right nave, and the chapels of Our Lady of Sorrows and of the Most Holy Name of Jesus. Until now the work has been financed by voluntary tax contributions and by a donation from the bank Cassa di Risparmio di Volterra. But now the much-needed work risks coming to a standstill because of a lack of funds.

The choice of turning to “grassroots financing” comes from the aim to involve all those who  have Volterra in their hearts, who want to do what they can to keep alive and well what is truly an important symbol of Italian artistic and cultural patrimony. 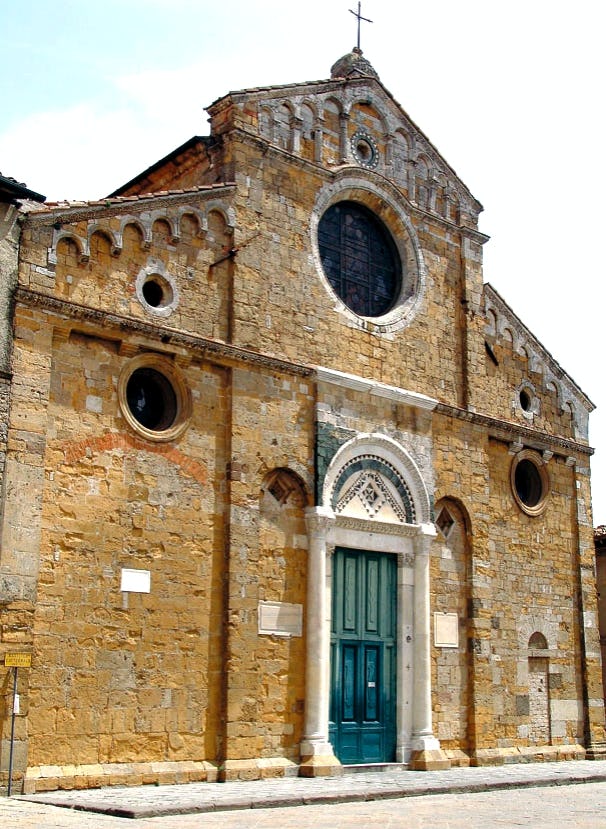 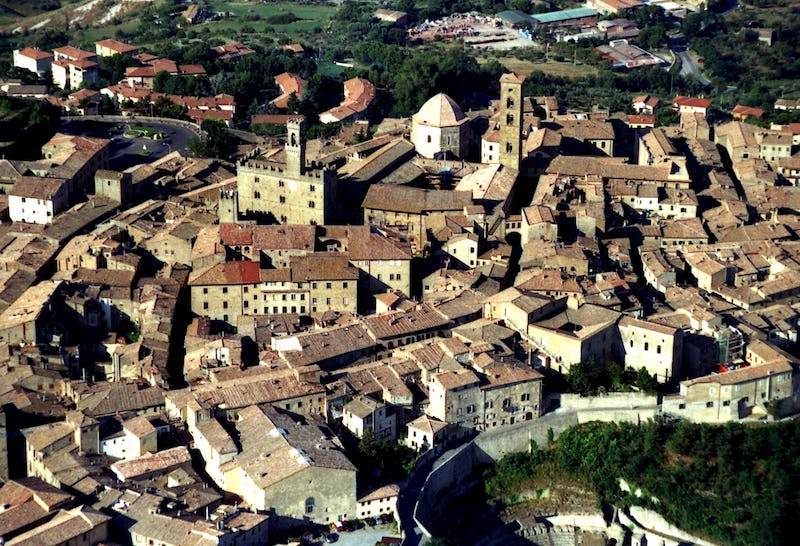 This crowdfunding campaign will serve to gather the funds we need to guarantee the completion of the restoration of the Cathedral, and bring it back to its ancient splendor, to ensure that its 900 years of history will not come to an end.

The project foresees bringing the electrical and heating systems to norm, restoration of the coffered-wood ceiling, repair of the plastered walls, columns and exterior walls, which suffer from serious corrosion from acid rain. 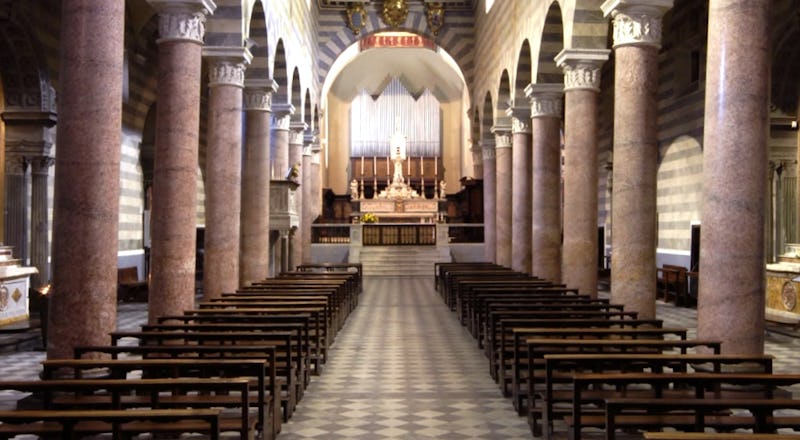 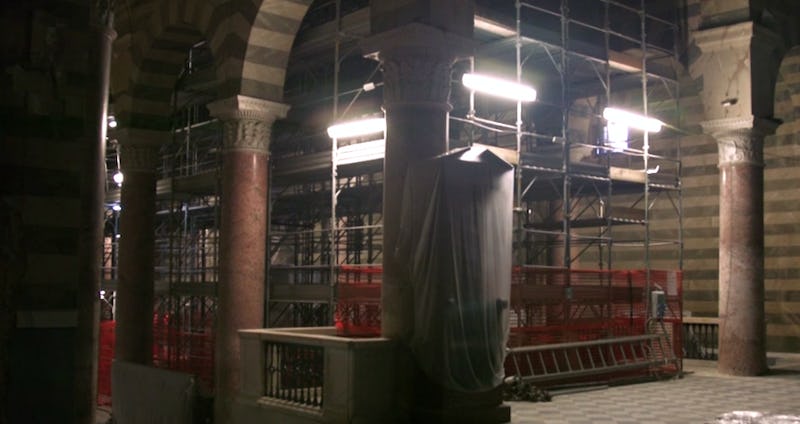 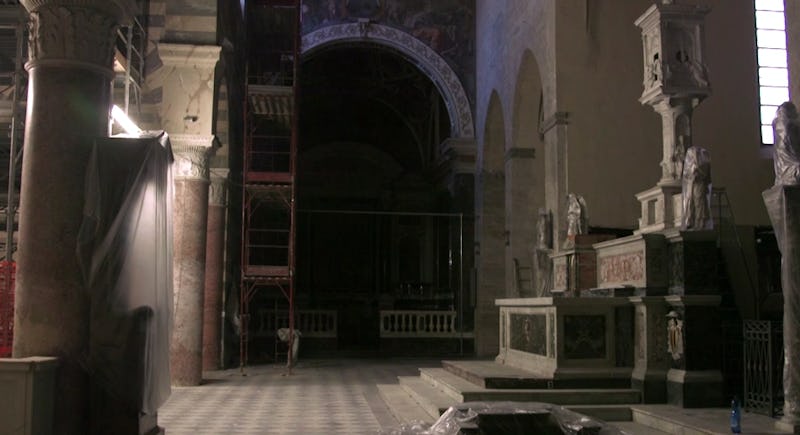 What Unicoop Firenze is doing to help

Following the philanthropic initiatives of the Battistero di Firenze in 2015 and the Chiesa di San Paolo a Ripa d’Arno in 2016, this cooperative of supermarkets has decided to once again throw its weight where it could to help safeguard our culture with this new initiative of “grassroots patronage”, answering the plea of the Bishop of Volterra, Alberto Silvano, to help reunite Cathedral with it's past splendor, and with the local and world-wide communities.

Those who would like to participate can contribute through the crowdfunding site Eppela or at Coop.fi supermarkets, and also by participating in a series of local events organized by Unicoop Firenze. The Prison of Volterra has also decided to donate all proceeds from two “Cene Galeotte” dinners held within the Medici Fortress in December and March to this campaign, called “Abbraccia Volterra”. 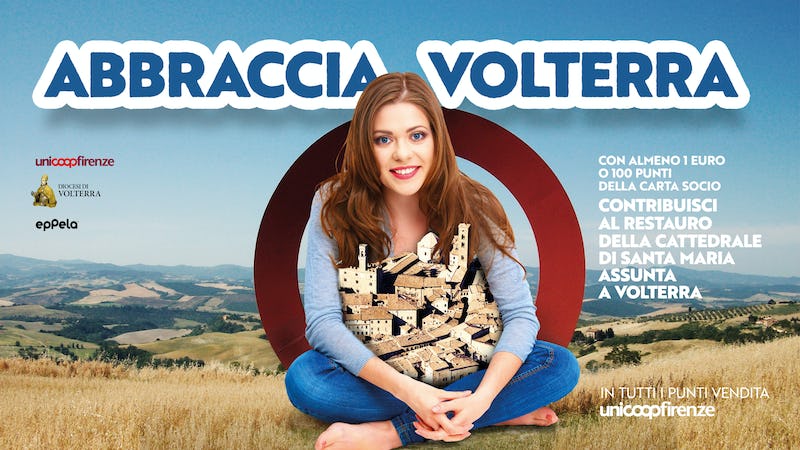 A unique opportunity to discover hidden corners of Volterra

One of the most important initiatives to support the restoration of the Cathedral is a cultural experience organized by Unicoop Firenze in collaboration with local institutions. These guided visits are available to Unicoop members and the general public, and will show visitors lesser-known corners of the city, some open to the public only through these tours. There will be two itineraries offered every Saturday from September to December, with the proceeds donated to the restoration effort.

The first itinerary, “From the Etruscan Era to the Middle Ages”, will visit a multi-chamber tomb in the Etruscan archaeological area of San Giusto that is usually closed to the public and has recently undergone restoration. The itinerary also includes: the Acropolis and Roman Cistern, amongst the oldest and most important archaeological sites in the city; a studio for the conservation of ancient manuscripts; the 13th century Church of San Francesco and it's Chapel of the Croce di Giorno, covered in frescoes from 1410 by the Florentine artist Cenni di Francesco di Ser Cenni.

The second itinerary, “From the Middle Ages to the Modern Era”, will visit the Diocese's new Museum of Sacred Art, inaugurated June 30th of this year, showcasing a wealth of works of art, such as the Pala di Villamagna, executed by Rosso Fiorentino in 1521, and the silver reliquary bust of San Vittore. The itinerary will include a visit to the Historical Archive of the Diocese of Volterra which holds over 1,600 documents, including the famous Guaita di Travale, one of the first manuscripts demonstrating written Italian vernacular, dating to 1158. The itinerary will also include a demonstration of artisanal alabaster carving at the historic Rossi studio, and, last but not least, a visit to the Cathedral under renovation for an exclusive look into and explanation of the works underway.

These two itineraries that are part of the “Abbraccia Volterra” initiative will be held every Saturday 10 am to 1 pm  from September 30th to December 2nd.

For information and reservations: Argonauta Viaggi, tel +39-055-2345040; or through the travel agencies Toscana Turismo www.cooptoscanaturismo.it