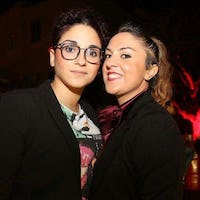 Roma
Cinema, Education
Widget
Copy and paste the code below on your site or blog
Text copied
Shortlink
Text copied

Roma
Cinema, Education
Widget
Copy and paste the code below on your site or blog
Text copied
Shortlink
Text copied

Klunni The Clown is a short film created by two young artists, Sara Colonnelli and Francesca Conte, both of whom have a passion for cinema and a desire to produce a
psychological thriller in Italy.
This short film examines the tragic topic of pedophilia and portrays the damage caused by a trauma which remains buried in one s mind but which memories cause to resurface, resulting in revenge and other kinds of violence. 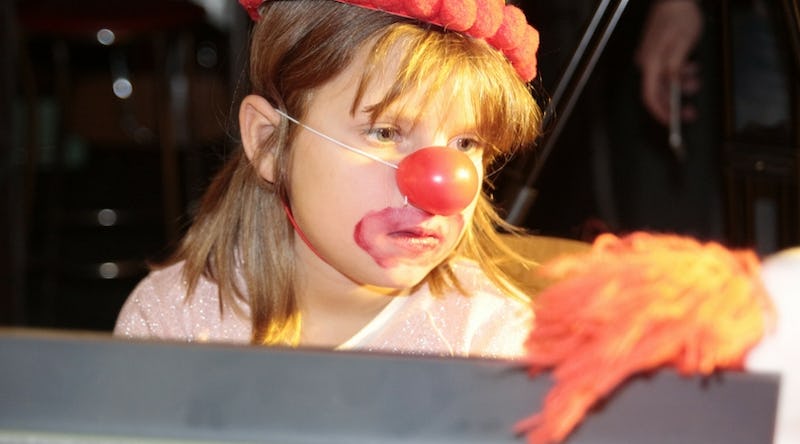 Klunni The Clown tells the story of five criminology students who are caught up in the murder of their professor, a murder which is also linked to victims of a serial killer. The killer knows their weaknesses and their mistakes, and uses these for the personal satisfaction of manipulating and controlling them: the killer operates in a way that
exceeds the fine line which turns aspects of their characters into an obsession or turns simple routine into disorder; she moves their attention away from herself never letting down her guard.

The focal point for this development is a trauma that clouds the killer's mind, a violence that she experienced at the tender age of seven.

The topic of the screenplay emphasises the consequences and post-traumatic behavioral disorders caused by childhood abuse by a family member.

The title of the short film underlines the constancy and coherence between the theme and the objective that the directors aim to focus on. The word Klunni means clown in Icelandic and from this title attention is focussed on the figure of the clown. However in the sequence of events in the film the clown will not play an active role, that is, of the killer- as several films and series have done in the past – nor will the clown play the role of the victim, but a passive role. The clown will be the face of an apparently normal person, but one who has demonstrated like many others, a sexual interest towards a woman afflicted by a trauma.

The killer will dress her victims as clowns as if it were her business card. She will do this pouring out her hatred towards all those who attempt to abuse, rape or simply belittle women. In this way, the corpses of her victims will be ridiculed, portraying the main reason of her trauma, that is, she will dress them up as clowns in the same way her father was disguised as a clown while he abused her every year on her birthday.

Sara Colonnelli, born in 1990. At the age of 26, she has published two novels and has won two international awards:Premio Troisi and Premio Crocitti. Speaker and Scriptwriter.

Francesca Conte, born in 1994. Graduate in History of Cinema. In 2015, she was the youngest journalist at the Venice Biennale. Since 2016 she has been
a staff member at the Rome Film Festival.