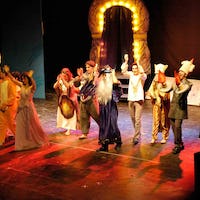 A new vision of Dante's Inferno

"DANTE INFERNO" is a one-of-a-kind rock opera: rock at its heart, yet rooted in various musical genres ranging from waltz to heavy metal, from rock and roll to classical music, from folk to blues and gospel.

A musical for the general public but with the courage to take new paths, aiming at voicing the torn soul of Dante. A storm of verses merged into music.

An original opera by Tiziano Puritani and Francesco Ricci. 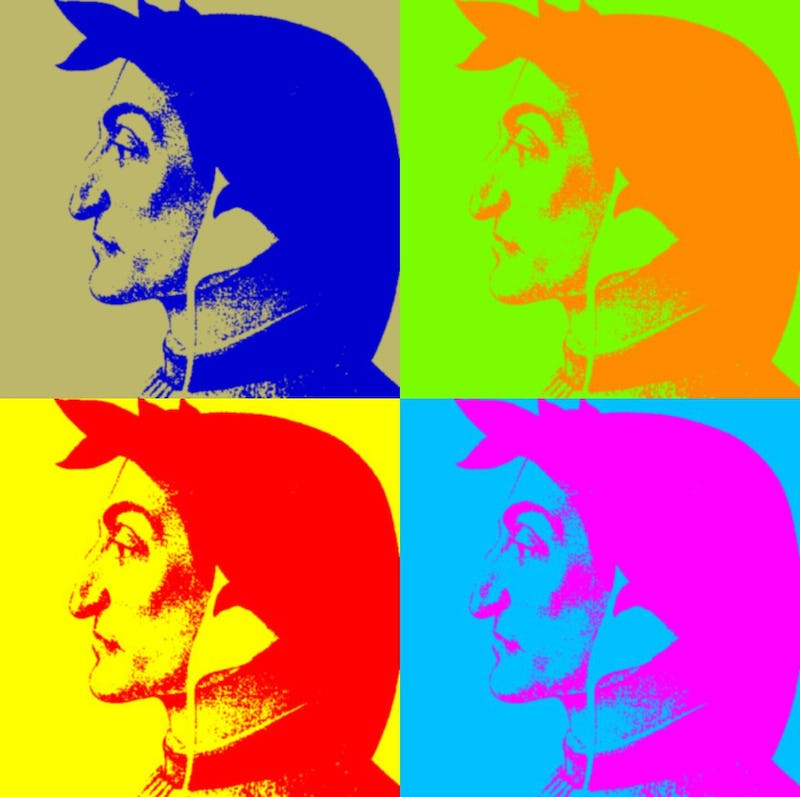 A kaleidoscope of musical genres

From Queen to Fabrizio De André and Jesus Christ Superstar, many are the artistic influences.

As well as Dante uses different words for God and the devils, in "DANTE INFERNO" each context is expressed through the appropriate musical style. This way the combination of various styles, a unique peculiarity of the Divine Comedy, is translated into music.

Sparks of grief and passion blend into moments of pure joy, where the greatness of Dante's masterpiece stands out.

The final result is a text that anybody can understand, very similar and sometimes identical to the original poem. It has taken us a thorough work to keep faithful to the Divine Comedy.

The purpose is to bring the general public closer to Dante and his work, so that the Divine Comedy may not only become a “must-read”, but also an opportunity to “live deep and suck out all the marrow of life”. 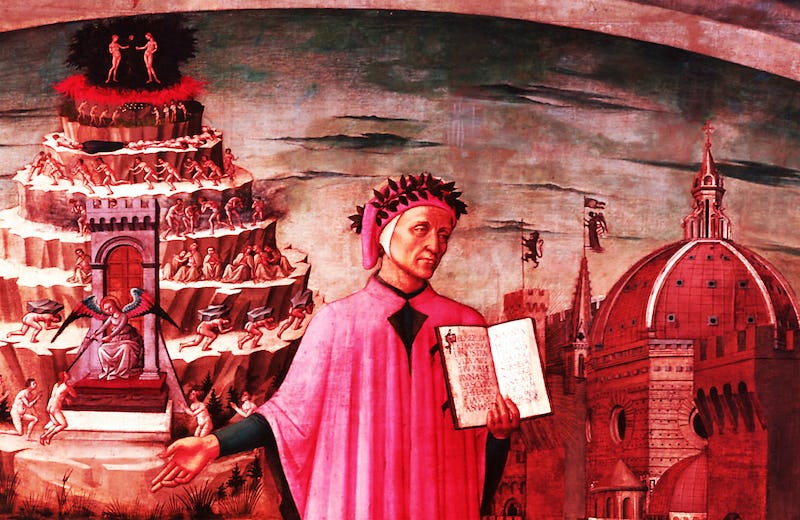 You will be led to the meeting with the legendary souls of Hell, deep as graves but alive like lovers overwhelmed by first love.

Who was Ulysses, the manifold genius?

Who was Ugolino, the prisoner in the tower?

“DANTE INFERNO” means to conjure these characters and show them in their various aspects. 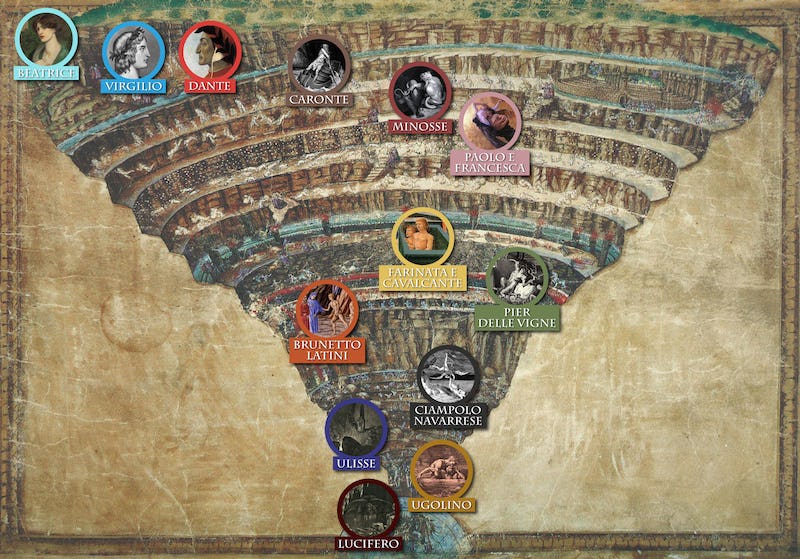 The first staging of "DANTE INFERNO" was in April 2008 at Teatro Politeama, Viareggio.

The opera has been accurately revisited since then.

We have worked hard on the original poem, refining music and lyrics and adding new songs as well.

Below you can view the poster of the first 2008 performance. 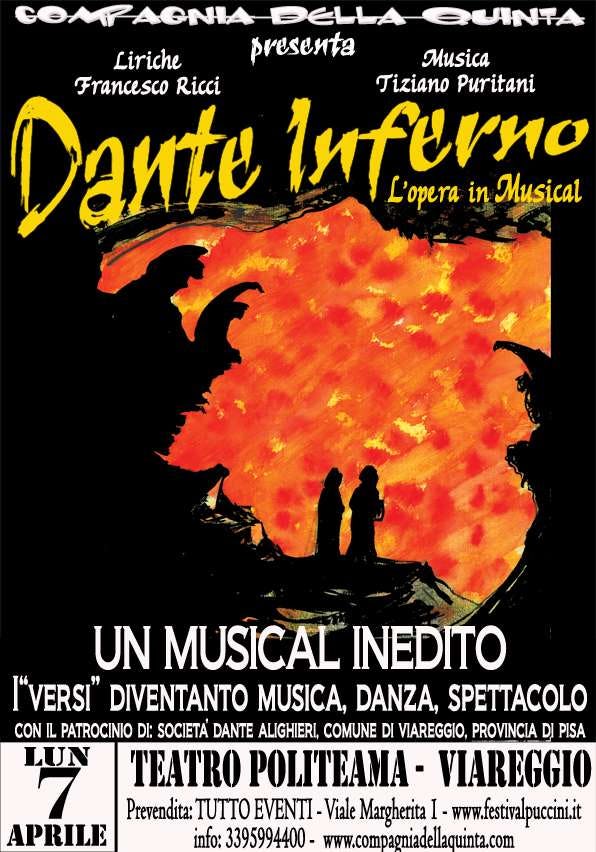 Here are a few pics of the first performance dated 2008. 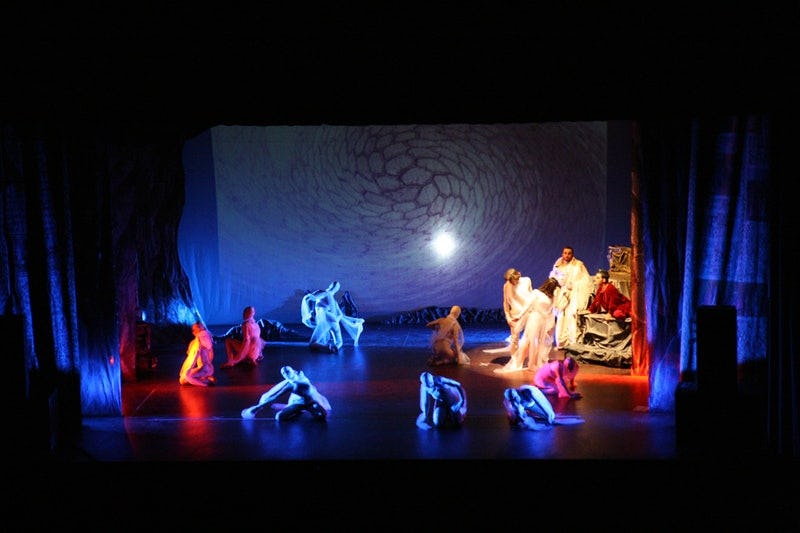 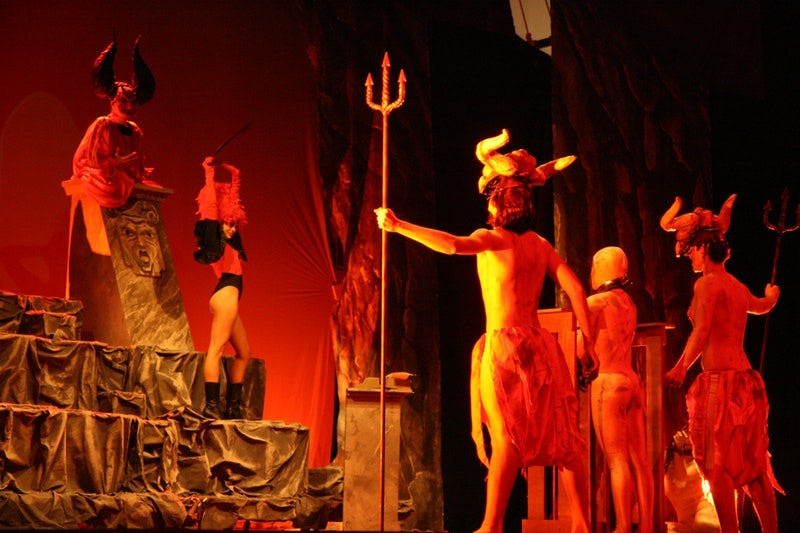 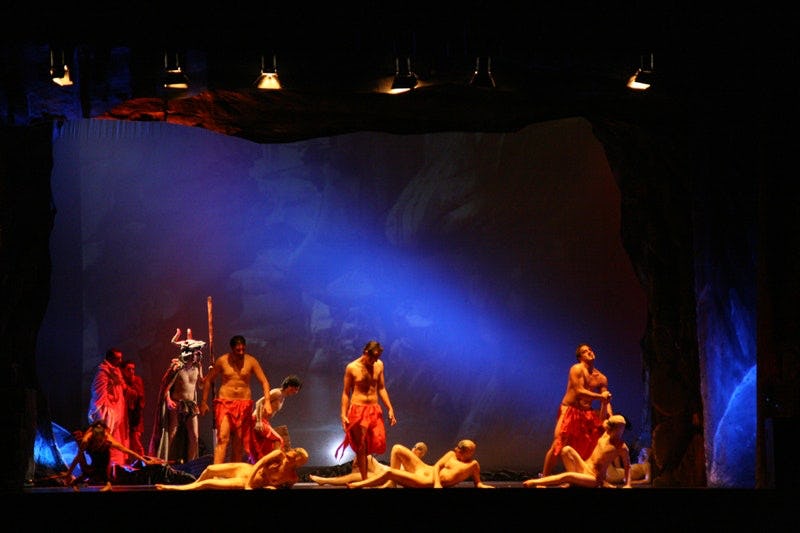 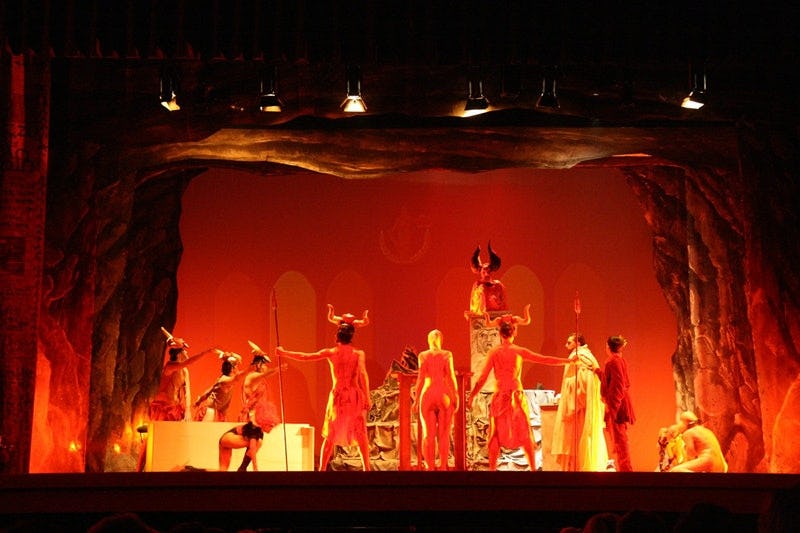 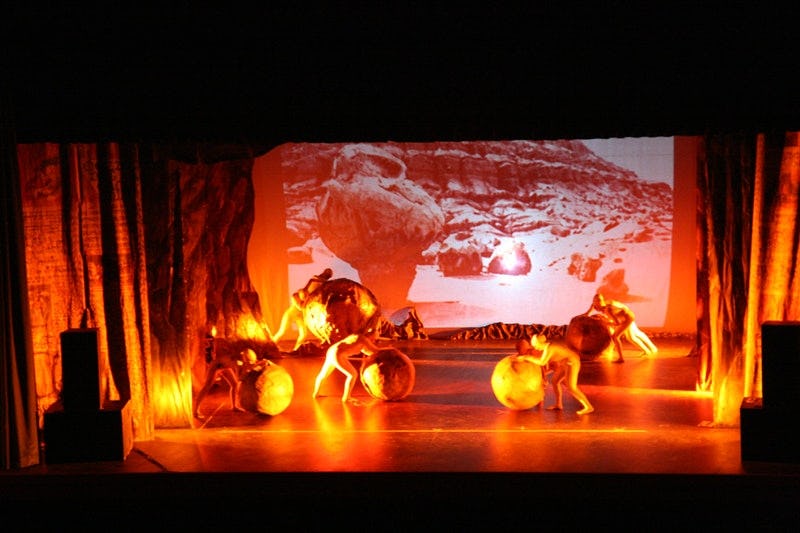 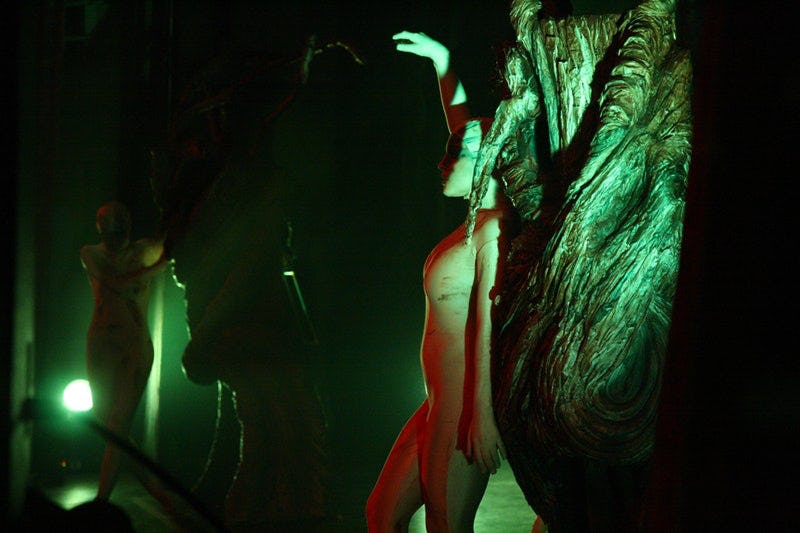 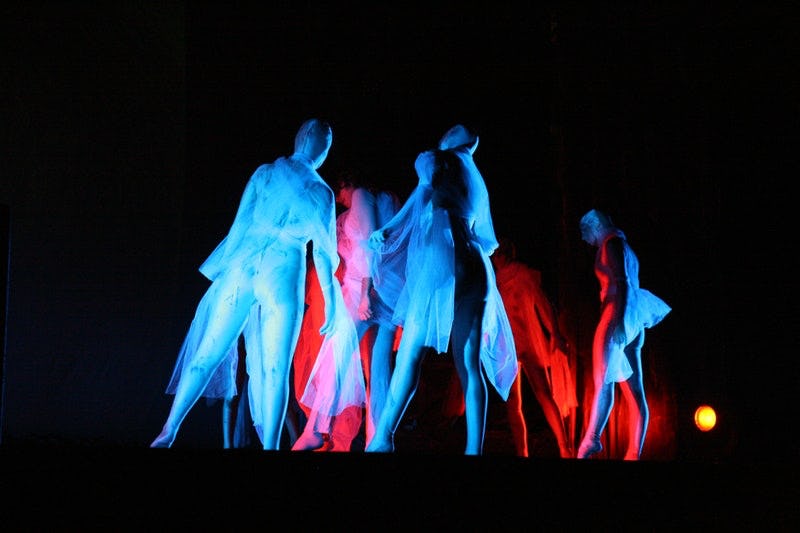 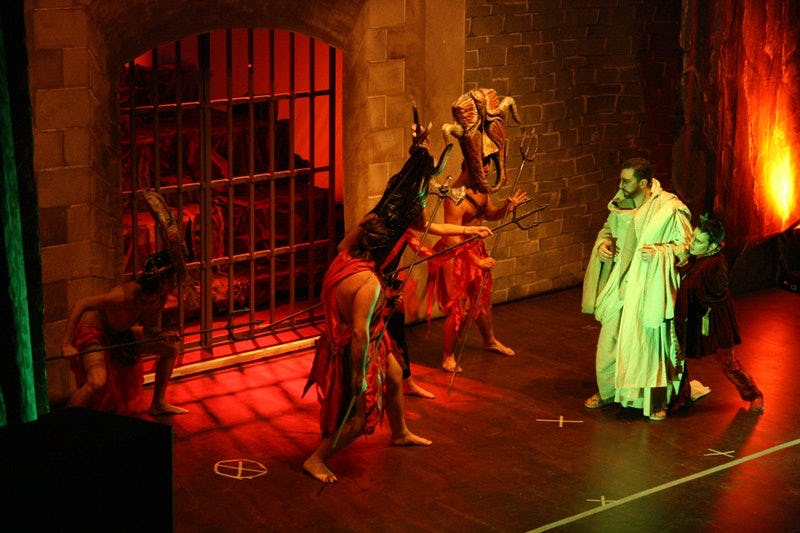 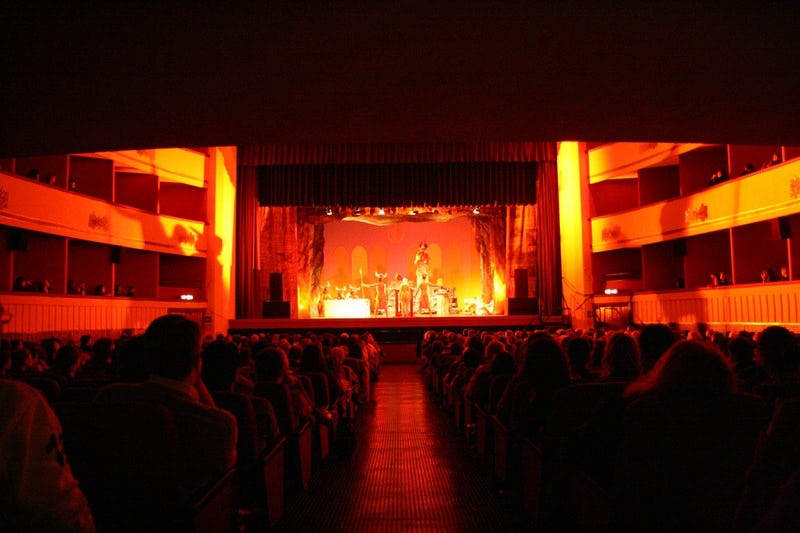 From an educational point of view, "DANTE INFERNO" is highly valuable.

Since it is faithful to the original and still immediately comprehensible, "DANTE INFERNO" is supported by the patronage of Società Dante Alighieri.

A feedback on DANTE INFERNO

"I believe the whole thing has a remarkable impact on visual terms, always supported by a close, organic and not arbitrary synergy of the involved signs, on many levels: music, phonetics, singing, choreography, and acting - visuals, and colours above all. All these things show an extensive and - I guess - coherent reading of Dante's Inferno.

In any case a great work, lively, educated and inventive."

He is a Professor of Italian Literature at the University of Pisa. He has teached at several European and US universities.

He is the scientific director of the journals «Humanistica», «Studi rinascimentali», «Letteratura & Arte». He is also a member of the board of the prestigious Viareggio Prize, also called "Premio Viareggio" or "Premio Letterario Internazionale Viareggio-Rèpaci". 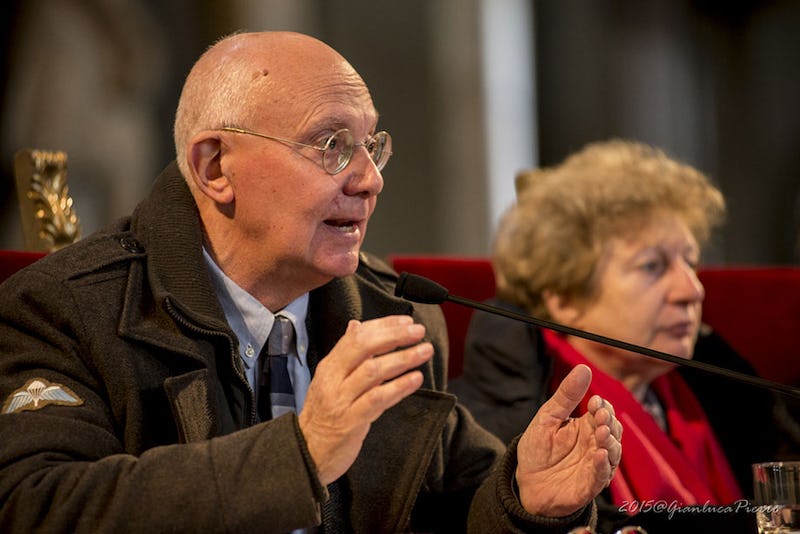 In 2008 we spread the word of Dante in a lot of schools all around Versilia Riviera, such as:

We are motivated by a keen passion for Dante and we really desire to communicate it and share it, especially among the new generations. We are indeed organizing new plays for the schools.

We are taking into account lots of theatres for the tour of "DANTE INFERNO", but of course, the more money we raise, the better the tour! We are mostly interested in Tuscany for the first theatre performances.

But one thing is clear: the opening will be in November at Teatro Politeama, Viareggio.

The tour dates will be announced and published on the website of Compagnia della Quinta. The cities of the tour will be decided depending on the demand.

If you want your city to be included in the tour of "DANTE INFERNO", please update us in the comments below! 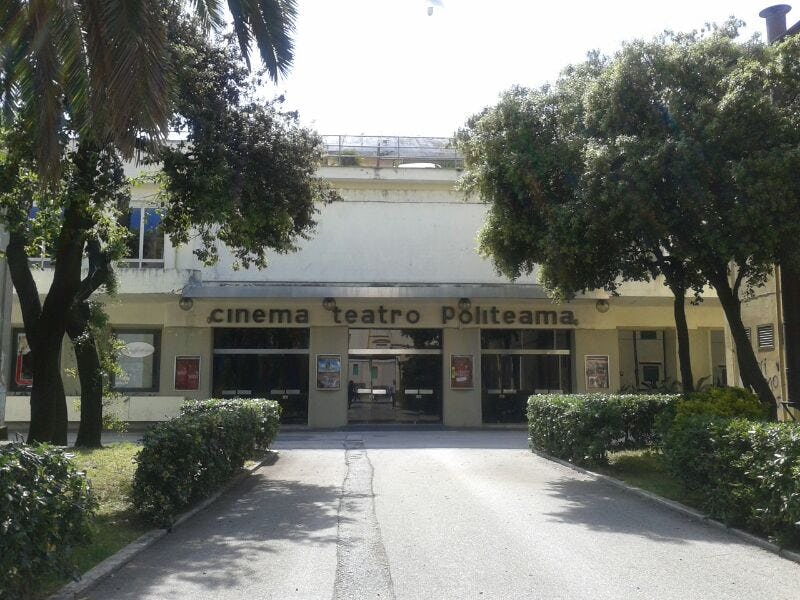 About the authors - Francesco Ricci

Francesco Ricci is the President of Compagnia della Quinta.

He is also the author of a few plays, such as "Matrimonio in casa Disney" and "i Dialoghi della Birra".

He's been a director, actor and dancer in many theatre productions. Currently he is the manager of the performing arts school "Teatro della Quinta".

He is the screenwriter of "DANTE INFERNO". 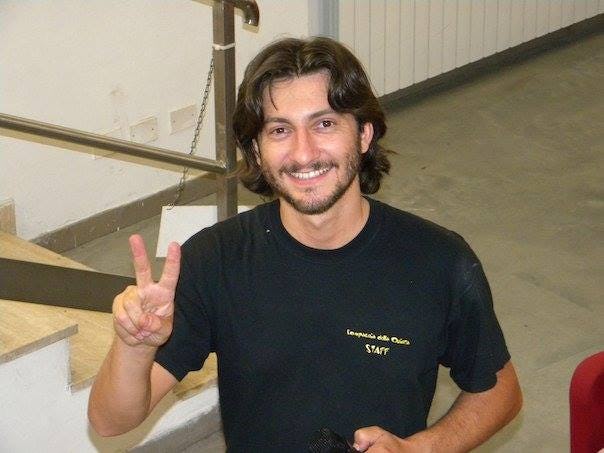 About the authors - Tiziano Puritani

Tiziano Puritani is a graphic designer, singer and composer.

He is the composer of "DANTE INFERNO". 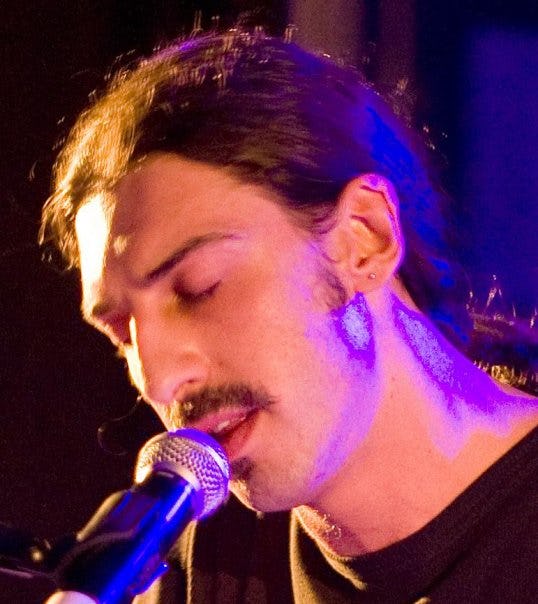 About our association - Compagnia della Quinta

"Compagnia della Quinta" was founded on April 29, 2003, by a group of friends keen on music, theatre and dance with the goal of conveying the passion for the theatre to the new generations. 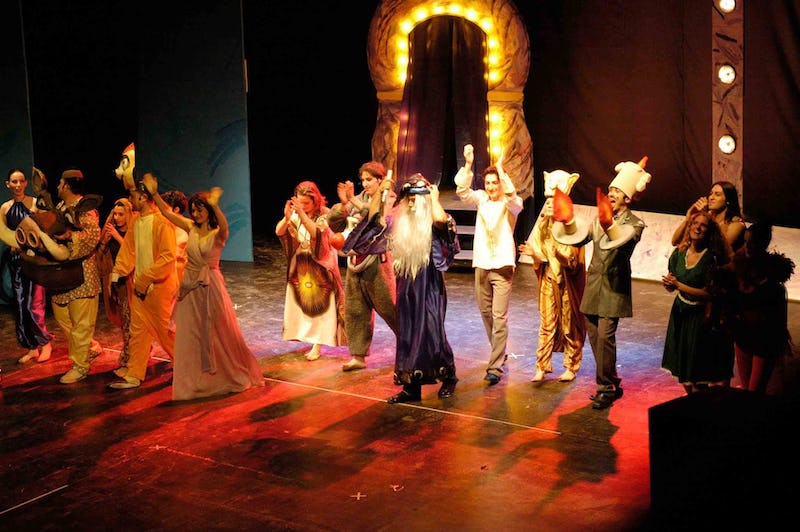 The story of DANTE INFERNO coming to life

"DANTE INFERNO" has come a long way to get to this point. 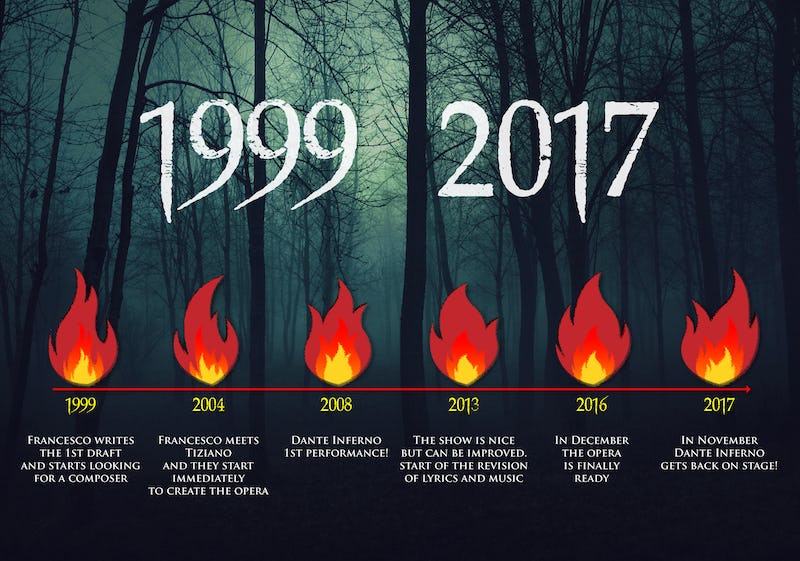 The cost to make "DANTE INFERNO" a reality is high.

As you can see in the image below, costs are €12,000. We already have €5,000, sponsored by Fondazione Cassa di Risparmio di Firenze. 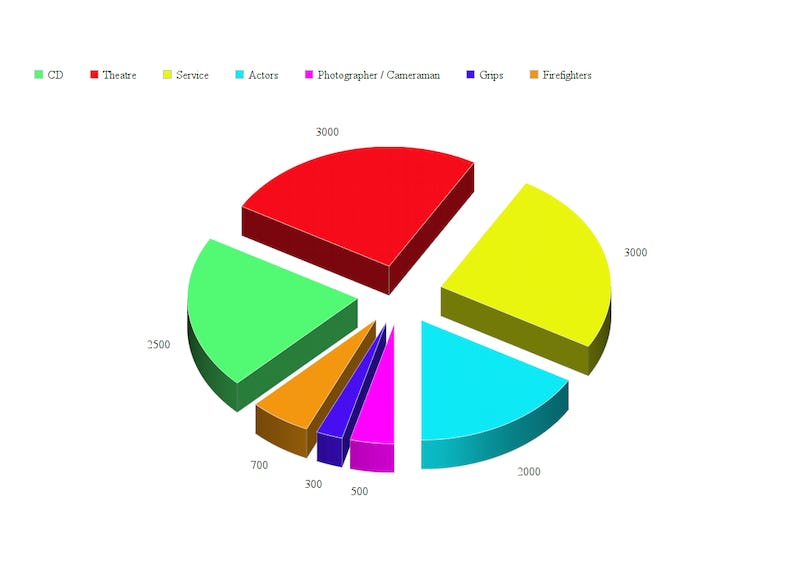 "Compagnia della Quinta" is funded on April 29, 2003, by a group of enthusiasts of music, theatre and dance to spread the joy of theatre among the new generations.