A piece of junk of over 50 years old

The Enel Power Plant in the Mercure Valley dates back to 1960s . It was built at Laino Borgo (CS), a border town between Basilicata and Calabria, in South Italy.

Initially supplied with lignite and later with fuel oil, the thermoelectric power station is completely turned off since 1997.

The Pollino National Park was set up in 1993. Later on in 2007, the EU identified two Special Protection Zones (SPAs) inside the Park - including the site where the power plant is located - while in 2015 the whole Park district became an UNESCO World Heritage Site.

The power plant is situated near the Mercure-Lao River, whose water is used for many purposes. It is an important river known all over the world not only for the well-established rafting, canoeing, aquatrekking, river trekking activities - that annually attract thousands of tourists - but also and above all for the purity of its water resource.

A fine resource necessary to preserve an habitat fit for protected native flora and fauna and absolutely essential in ensuring the presence of particular plants and animal species - among them the very rare otter – which risks the extinction.

A water, that of the Viggianello Mercure Source, with such excellent properties to be partially picked up and bottled by one of the largest Italian companies active in the oligomineral water field.

A precious river basin, therefore, that would be irreparably damaged by the massive industrial activities associated with the reopening of the Enel power plant.

In this area, moreover, the law (Presidential Decree of March 12, 2003) settles that it is possible to operate  "only for needs related to human health and public safety, or for environment needs, or, upon European Commission opinion, for other imperative reasons of significant public interest" .In all other cases, any project should be forbidden...

These and other (but not less important) reasons have led to the previous revocation of permits for reopening the plant which, with its 41 Mwe, is among the largest in Europe. 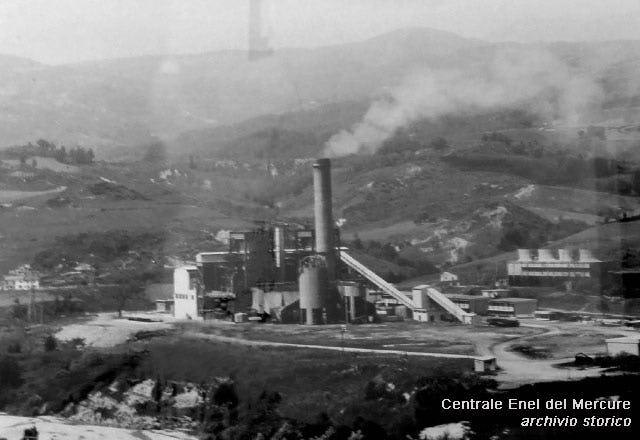 Not even the presence of the Pollino National Park was able to oppose the colossus Enel along with its assiduous supporters, who claimed for the reopening of the Mercure power plant. In fact, in  2000, the energy Company presented the "advantageous" proposal of using local biomass (renewable source) as fuel with the intention - not even so veiled - to acquire, with a single mega conversion, a substantial amount of Green Certificates.

Such an opportunity - economically very convenient for the multinational – was not to be missed!

The promise of hundreds of jobs, however unsuccessful, has done the rest.

Enel's AD (Mr. Francesco Starace) has publicly stated that the Mercure Power Plant , in 2016 earned 49 million euros. But only 10 million are the profits of energy production; the rest, 39 million euros, derive entirely from public incentives!

Why we say NO to Mercure Enel Power Plant so conceived?

The amount of the biomass  required for its operation is huge: about 350,000 t/ year (Enel data) to be found - as Explained by the same Producer - throughout the European Union, with the further risk of importing allochthonous species and possible contamination by pesticides, dangerous for the Park's biodiversity integrity and for its people health.

In addition, the biomass transport is a serious problem for the road conditions in terms of physical and environmental safety. For a full speed operation, more than 110 trucks a day will be needed (this is to be calculated by default and with ashes transport excluded). This high number of heavy vehicles costantly coming and going would congest the road network already precarious and inadequate for light motor traffic, in addition to collide with the ecosystem of the Park.

Further inexcusable and disapproved aspects of the Enel project are the anti-democratic administrative procedures, ambiguous and incomplete (AIA / VIA never published on BURC, VINCA Calabria and Basilicata expired), the lack of a serious microclimatic study of the Mercure Valley (the only one made was by borrowing data from a different valley, 11km farther [Latronico], making the analyses completely unreliable and unfounded), the absence of a Health Impact Assessment (VIS).

And yet, the damage to the tourism sector, agricultural production, fruit and vegetables and animal husbandry, through the possible contamination of soil, air and water layers, the landscape degradation and, last but not least, the image damage of those who relied on the Park brand as a guarantee of quality.

The lack of health surveys has led, among other things, the International Society of Doctors for Environment and the President of the Order of Doctors of the Province of Potenza to request, with independent initiatives, a Health Impact Assessment to be carried out on the local population, before stating their opinion on the matter.

This fund raising is promoted by the Forum "Stefano Gioia" of Calabria and Lucan Associations and Committees for the Safeguard of Legality and Territory.

The FORUM gathers all groups,  associations, committees of citizens,  workers, operators of the Pollino National Park and beyond, who fight for legality affirmation and territory safeguard. It was born as a structured mobilization against the opening of the Enel Biomass Power Plant of Mercure, but with the desire to go further.

It takes its name from a Forum activist, Stefano Gioia - a gold medal for civilian value  - a rafting guide, a friend and a fighter companion who has shown how it is possible to find life reasons, work and emancipation, in his own country, however hostile this may seem, using as best as we can resources, environmental and human, necessary for its protection and enhancement. Stefano testified the depth of his ideals by sacrificing his life to save others.

We hope that a strong media campaign and a massive participation can make Enel, administrators and politics understand what is the only way to go in this incredible story. Put an end, as soon as possible, to this  predatory act of abuse and arrogance imposed from above towards  the peaceful peoples of the Mercure Valley, as well as to the thousands and thousands of people who face long ways and winding roads to come to Pollino to discover the marvelous beauties of this territory.

THE ENEL-MERCURY POWER PLANT MUST BE CLOSED BECAUSE IT CREATES ONLY DAMAGES AND  ENVIRONMENTAL RISKS TO HEALTH AND EMPLOYMENT.

FOR THE MERCURE VALLEY, IN THE HEART OF POLLINO PARK, IS AN UNBEARABLE WEIGHT.

FOR ENEL, IT IS  AN IRRELEVANT BUT RUINING DROP IN THE SEA OF ITS ACTIVITIES. 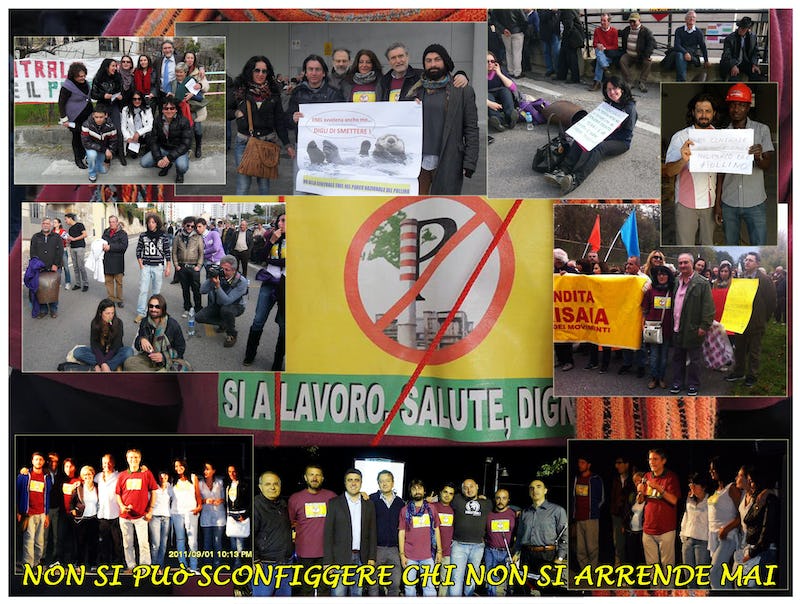 How funds will be used?

The funds raised will be used for the production of publishing material (t-shirts, stickers, banners, brochures, flags, etc.) needed to continue the work of information and to give visibility to a civil but expensive protest, so far supported by activists and exponents of the environmental committees and, with great difficulty, by the peoples living in the protected environment of the Pollino National Park, near the Enel biomass power plant.

With this material, those who works in the Mercure Valley (companies, people, various activities) will have the opportunity to give more and more strength to their reasons by effectively continuing to raise awareness locally and, even more, with the guests and tourists which, like every year and especially in view of the summertime, come to visit the Pollino Park certainly not to see an eco-monster.

Since it is not possible to run with the hare and hunt with the hounds, either we choose the power plant, or the Park and with it, health, true development, and lasting work.

For us and for the future generations.

To find out more about the news and the acts of the legal process, to stay informed and still more, the advice is to apply either to the official blog NO CENTRALE MERCURE BLOG or to the facebook page  "STEFANO GIOIA" FORUM OF CALABRIAN and LUCANIAN ASSOCIATIONS AND COMMITTEES FOR THE PROTECTION OF LEGALITY AND OF  TERRITORY.

But also on the web, now rich in further information, to overcome any doubt.

Having followed the whole affair for years we have our opinion, far from any interest but the rights of the people and the safeguarding of the Pollino Park.

And so many problems we had easily anticipated, unfortunately have come true, including that of the "hundreds of jobs", which are at present  tending to zero.

The doubts we had are coming true  and in a while it will be no longer possible to come back.

Thanks to those who will support our struggle - resulting only from LOVE FOR OUR LAND, also with a thought or passing the word.

The FORUM "Stefano Gioia" of Calabria and Lucan Associations and Committees for the Safeguard of Legality and Territory born to contest the re-opening of Enel-Mercure Power Plant, but goes further.

He is named after Stefano Gioia, a Forum activist: rafting guide, friend, fight companion - gold medal for civilian talent - he showed how is possible to find life, work and social liberation in our land.