A fan movie covering the events that brought the plans of the Deathstar to the rebellion.

A fan movie covering the events that brought the plans of the Deathstar to the rebellion.

Since 1977, when the first chapter of the Star Wars saga was released, fans all over the world have wondered how Princess Leia got into possession of the construction plans for the space station infamously known as the Deathstar.

As we all know, the content of these files allowed the rebellion to find the weak spot of the battle station and Luke to destroy it launching his torpedoes into the heat exhaust at the end of the trench run. What no one knows is how those plans were acquired.

The topic was dealt with previously in the expanded universe literature, but since Disney acquired the brand the slate was cleansed, those stories were relegated to legendary status and the true story again needs to be narrated.

Only recently, with the upcoming release of Rogue One (the new spin-off set in the Star Wars universe), are these stories taking shape and our fan movie blends perfectly into this new mythology.

Sacrificio tackles this issue and endevours to narrate one facet of one of the most mysterious sides of the Star Wars universe, to tell one of the stories of how the Deathstar plans got into the Rebellion’s hands.

A story of heroes, women and men, of sacrifice and courage, hope and abnegation.

A story no one has told before.

Three days of intensive shooting have already been completed, those will allow the production of a first teaser trailer followed by a more extended second trailer.

It is now necessary to gather the funds needed for the completion of the project. The script is ready and equates to the production of a short circa 15 minutes long.

The funds will go toward covering the costs for:

The completed project will be submitted to Italian and international festivals, contests and conventions (to this end English subtitles will be added). 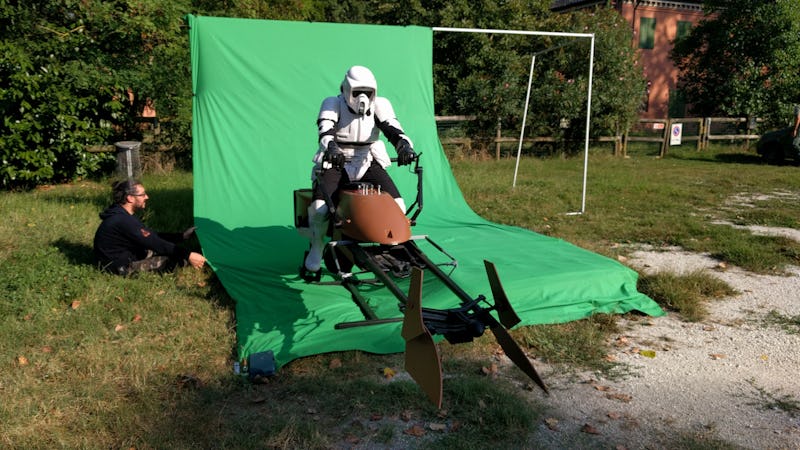 EmpiRa is a non-profit organization founded in 2010 with the purpose of sharing our passion for the Star Wars saga through real and digital events.

In the years since its inception, EmpiRa has organized events, built costumes and settings, contributed to drives, shared news and tried to spread the unending love felt for the universe created by George Lucas.

Between all activities put forward by the organization, the production of a Fan Movie has always been a cherished pet project for the founders Roby Rani and Marco Puglia.

During the years, more friends have embraced the idea, but with the involvement of Edo Tagliavini and Simone Modugno, who brought with them great enthusiasm and professionalism, the project has picked up a new momentum. 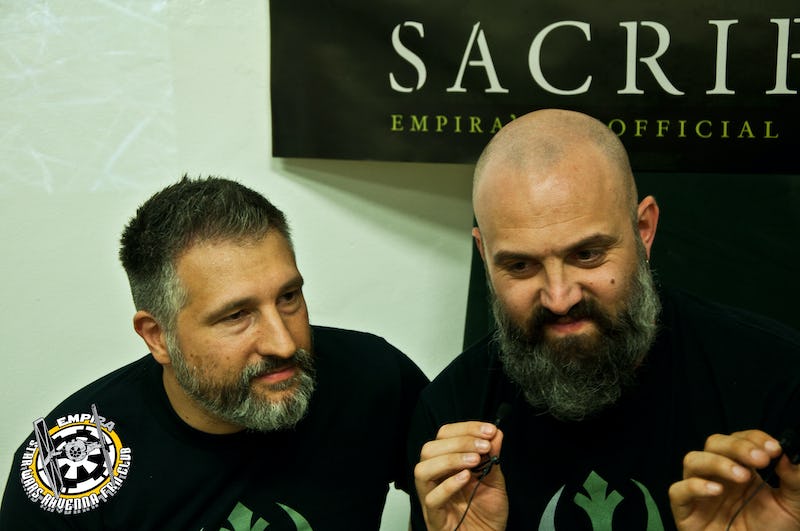 A whole system of rewards to cover all tastes has been arranged to thank you for your support: from badges to t-shirts, from prints to collectibles; the top tier gives you the possibility to appear in the short as the iconic Stormtrooper and bring home the costume at the end. 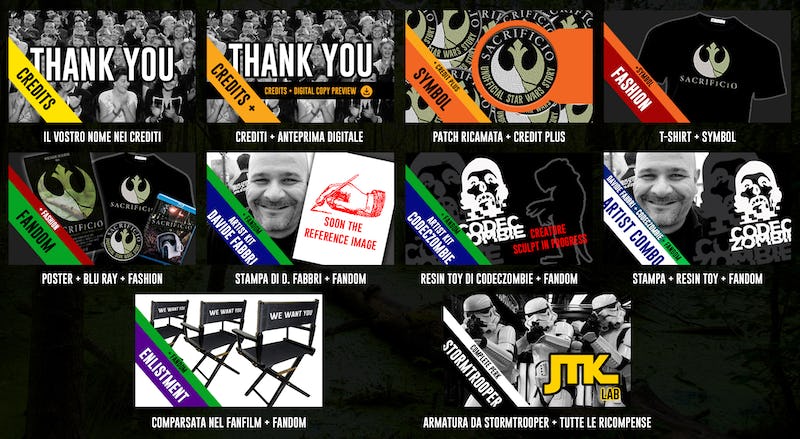