Do you know the history of your smartphone?

The real cost of the digital revolution, a story that must be told.

Designers speak: what is it Device?

Deviced is a graphic novel that will be released in November 2020. The main theme is the story of how the digital revolution is bringing prosperity to the Western world, but going to damage economies and communities belonging to developing countries. Specifically we decided to tell three stories, each narrated and lived by a character forced to be part of this production chain: Joseph, a Congolese boy who works in the coltan mines in Rubaya, on the border with Rwanda; Lu, a young Chinese woman who works in a huge industrial complex in the megalopolis of Shenzhen; Binawe, a Ghanaian scavenger ("recycler") who lives in Agbogbloshie's large electronics dump.

The three stories (which symbolically represent the phases of the smartphone's life, with the triptych "mining of minerals-assembling-dismantling") are intended to raise public awareness of the consumption of electronic devices, particularly affecting the obsolescence system programmed that forces the continuous purchase of new devices. 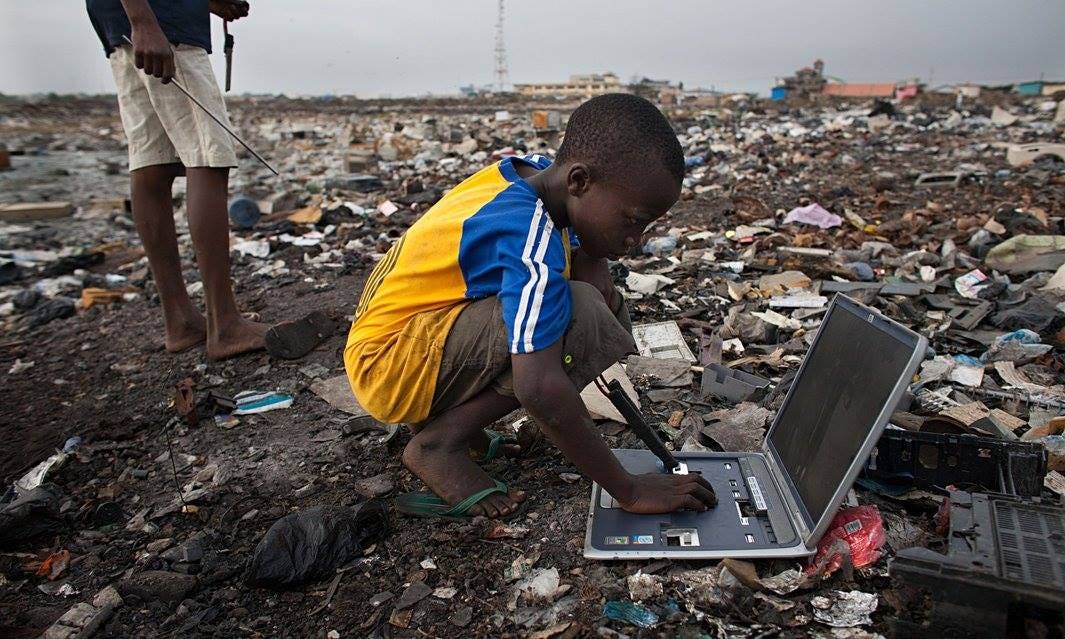 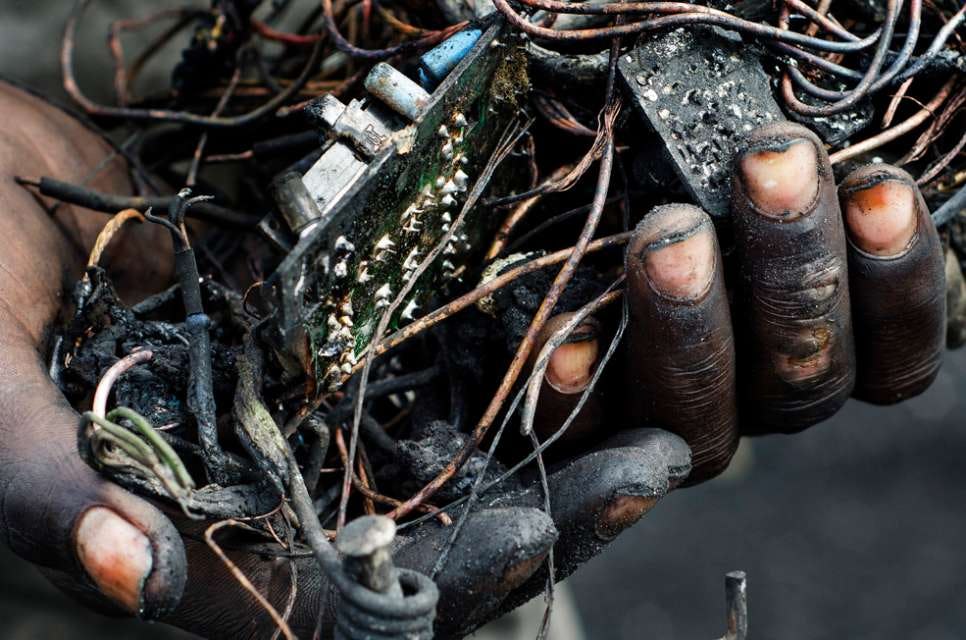 How did the idea of ​​Deviced come about?

Deviced is a project born thanks to an intuition during a university lesson; when the professor asked "what is the greatest revolution we are witnessing today?", Riccardo was immediately reminded of what he found himself on his hands at that moment: a smartphone. After talking to Giulio and Davide, a heated debate was born about what judgment could be given to the "digital revolution". We soon came to say that this is a great leap forward in terms of technological advancement, but for the moment only a part of the world population is enjoying it, while the other is forced to suffer only the negative consequences.

What makes this project unique?

In recent years, we are finally giving more space to the debate on environmental protection and to the social repercussions that climate change and poor management of natural resources are causing (first of all emigration from Africa). Nevertheless, one hears very rarely about the digital revolution as a complex event that connects different parts of the world, linking itself to colonial and exploitation dynamics.

Our project therefore aims to fill this important void, using a means that can involve as many people as possible. 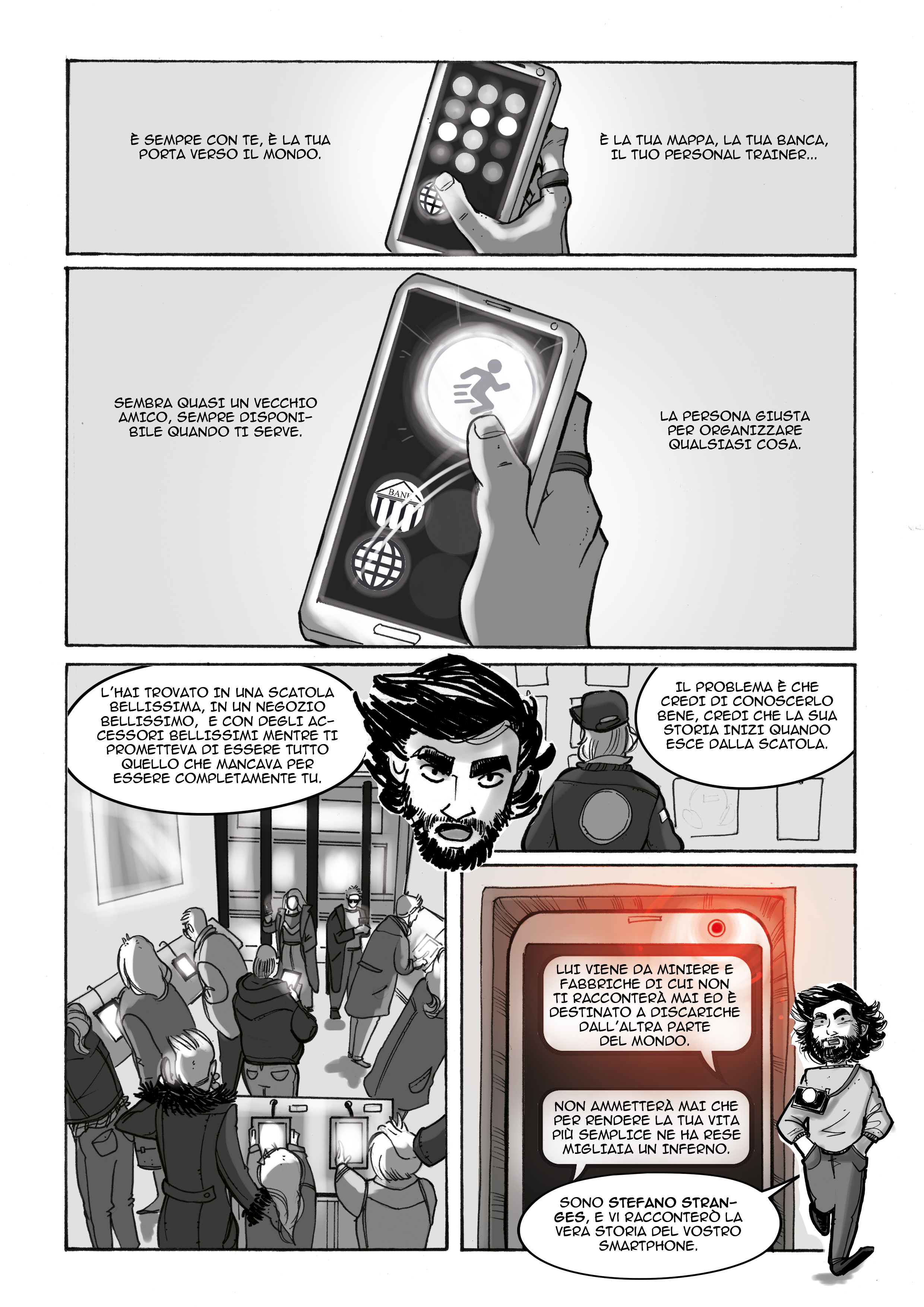 Why did you choose crowdfunding to finance your project?

the first is certainly the guarantee of the economic sustainability of the project to carry it out, as well as a small reward for us authors;

the second is the possibility of having a real point of reference on the internet - together with the social channels - with the aim of increasing our audience and increasing the visibility of Deviced.

What are the advantages and exclusives that supporters of your project will get in return?

The rewards for the "donors" of the project are really structured and want to meet all the possible needs of our supporters. A lot of space is given to the Early Bird rewards, which allow you to get the preview of the artwork or the graphic novel itself at a more advantageous price than the standard one. Not only that, all our supporters who will participate in Lucca Comics 2019 will have the opportunity to pick up the preview of Deviced "in loco" with further advantages. The same reasoning applies to the Lucca Comics 2020 participants, who will be able to pick up the copy of the completed graphic novel.

For the more daring, there are "all in" rewards including preview, graphic novel, original photographs on paper and special formats by photojournalist Stefano Stranges and autographed artwork by our cartoonist Marika. There's really something for everyone!

Crowdfunding for Solidarity
La Casa della Donna, freedom is in the air

Crowdfunding for Solidarity
100 artists for the Civil Protection Department