There are people who come into our sight by accident.

There are people who change our lives, but the way they do it is certainly no coincidence.
Giulio Larovere, professional musician and guitarist, does not believe in chance. And it's good.

For him, the fact of having come into possession of John Knewock's diary was a sign of destiny that led him to reflect on himself and make an album that tells his writings, a mission.

Thanks to him, John's incredible story will forever remain etched on vinyl, as it is in the hearts of the people who love him, but at the same time Free to travel through the air that carries music to continue inspiring people.

Two musicians, two stories, two journeys, two lives that like two tracks have had so much in common and that for some unknown reason managed to meet.
Here how it all started, have a good trip.

Tell us how you learned about John Knewock's story and why you decided to make an album out of it.

I have been doing theatrical improvisation for about ten years during which I have met so many wonderful people. One of these is Paola, one of the students of the Teatro del Vigentino with whom a deep friendship and connection was born that has become stronger and stronger over time.

A couple of years ago, you told me about the existence of this travel diary-book containing stories, poems and SONGS, proposing to talk about it over a coffee.
We meet at his house and, at the end of the beautiful afternoon in his company, in which I listened to dozens of anecdotes of John's incredible and adventurous life, of his friendship with Paola (who married a friend of John's with whom he made a daughter, Viola, who created and edited all the graphic aspect of the project), of John's connection with Italy etc ... she gives me the book telling me that she thinks it could inspire me and proposes me to set music to one of the songs on her indoor. When the song is ready, I alert her and we meet again ... this time I am greeted by her and her dear friend Heather, who I discover to be the wife of John, the author of the manuscripts, who flew from California to spend a week in Italy in his company. Heather listens to the song, bursts into tears, thanks me and ... and here I am with the album "Road Sweet Home" 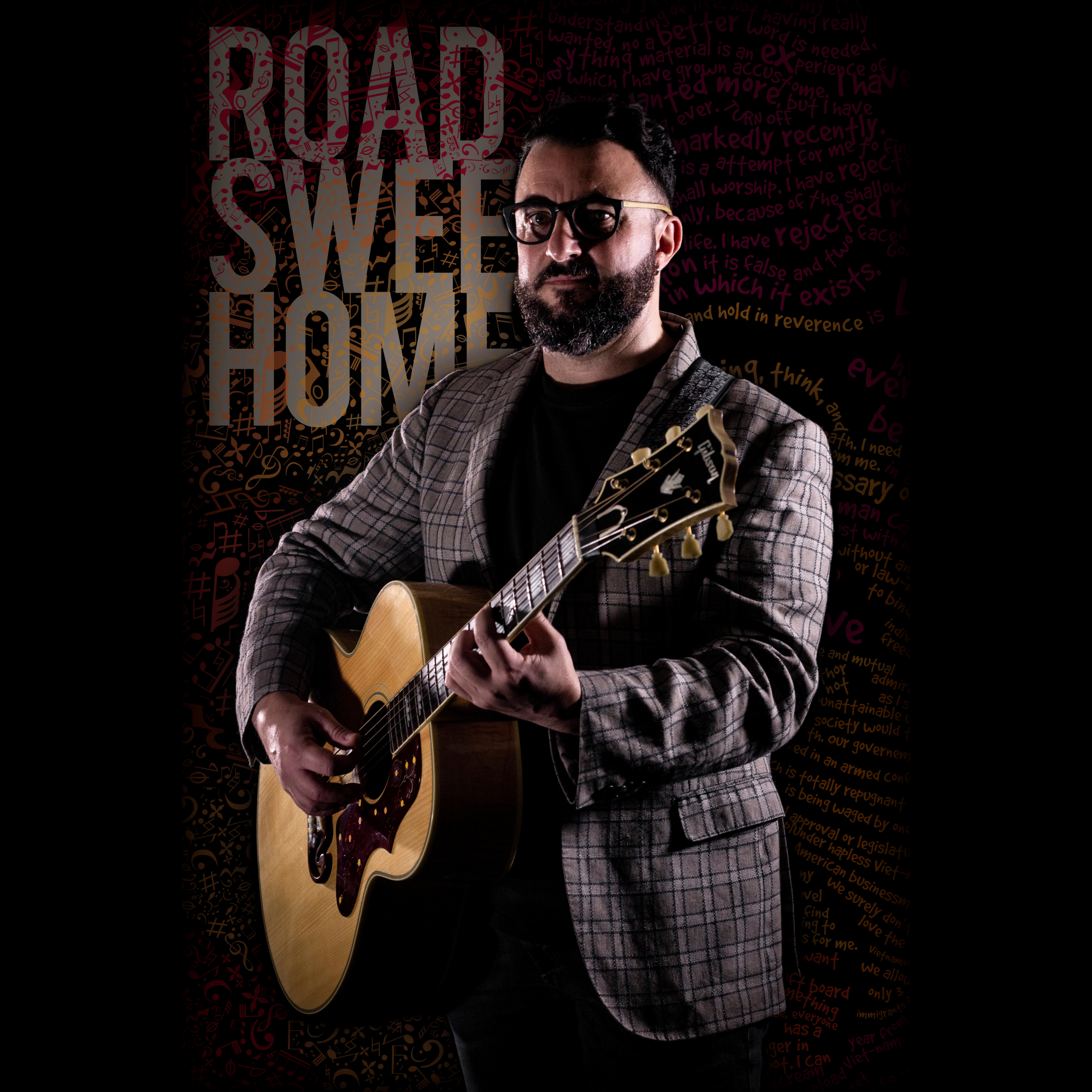 How do you feel close to his story and what has inspired you to change?

John loved life, freedom and Love (the latter he gave up for many years in the name of the first two) and these are all things that we have in common. I too find it hard to accept Love for fear of giving up freedom, in the greatest sense of the term. The greatest inspiration for change concerns precisely this issue since, having read and reread his diary and having talked to many of his friends who live in Italy, the impression I had and which was also confirmed by them, is that for the fear of letting himself go to Love in the name of freedom and living outside the box, John also felt very sad and lonely and that he realized that he was missing as many beautiful things that could derive, in fact, from letting go to Love.
My life at twenty was completely different. I didn't have the courage to leave my parents' house to follow my own path. They were other times, other circumstances and another "world" compared to today's one. In my small way, however, at 38 I also left my job, my secure salary and many privileges and I took courage to walk my path. It is not yet time to take stock (he also did them at an older age) and I hope to be able to look back with pride and compassion, as he did before he left us. 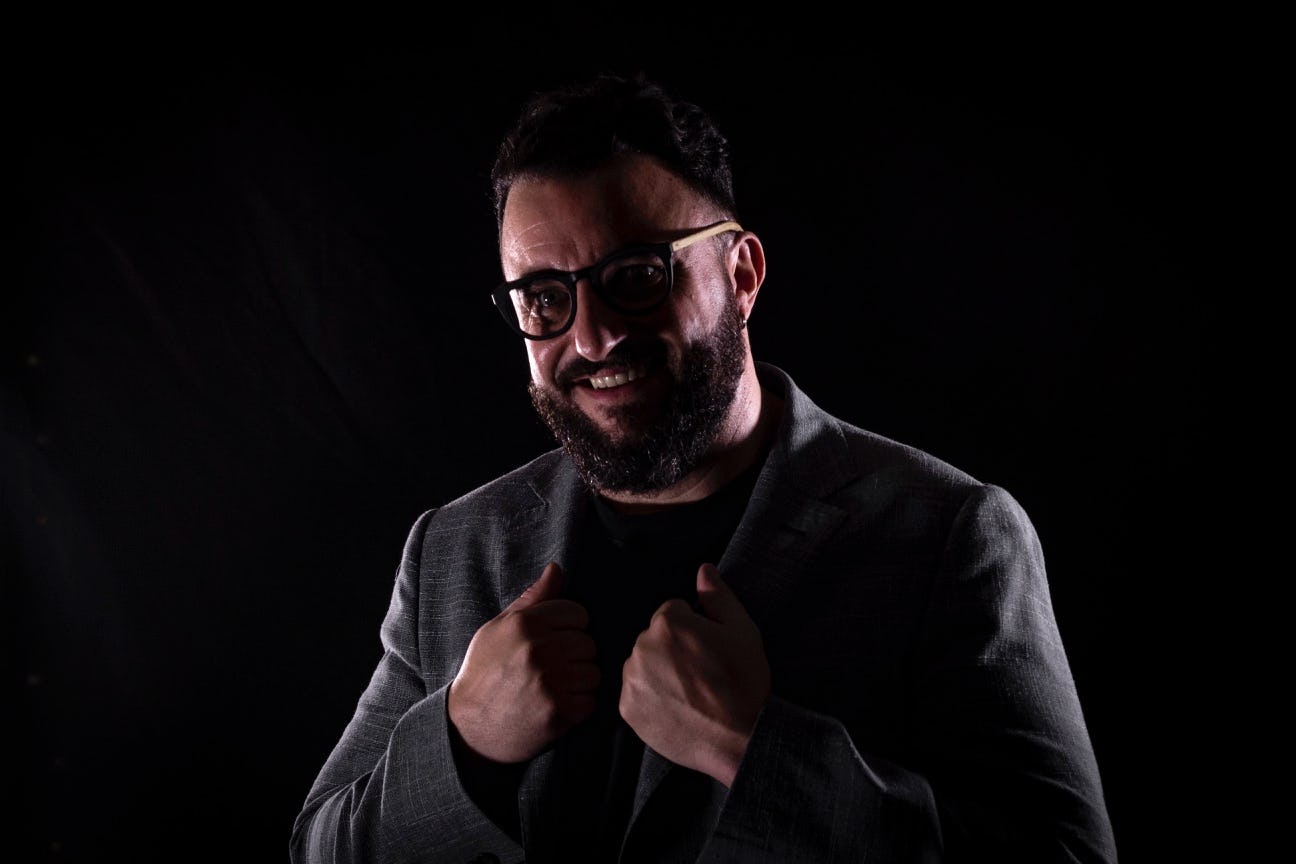 ​What we should expect is therefore a concept album, which we don't see every day now.

How do you live about the conception of a record and what do you think of this type of work that perhaps has been lost in the mainstream.

I would like to make a premise. I don't think this all happened by chance. On the contrary, I believe that John wanted his message, which is his legacy (he says it clearly in the book), to make a tour again in this world and this time to reach, in addition to the people he loved and who knew him, as many people as possible. Let's say that I feel like a "go-between", guided by something that I feel "bigger than me".

That said, in my head at first I hadn't even imagined all the wonderful things that have happened in the meantime ... I started with the idea of simply making a record but I immediately realized that this would be considered, rightly, a " concept album ”for all the material that was created at the same time as the tracks: documentary of 10 episodes (one for each song), two video clips, graphic design, press office and social media management, crowdfunding with beautiful rewards.
The mainstream asks for more. Fast content, short songs, 30-second videos that capture the attention of listeners who in the meantime do a thousand other things while listening to music.
I am the classic "man" who cannot do two things at the same time. I have never been able to listen to the radio while I was studying and I am not even now that I am answering your questions. Either I write or listen to the radio ... otherwise my brain goes up in smoke! Hehehe
For this reason, I greatly admire “mainstream” artists who consciously decide, at some point in their career, to step out of this obligatory path and create their music for the love of music itself. 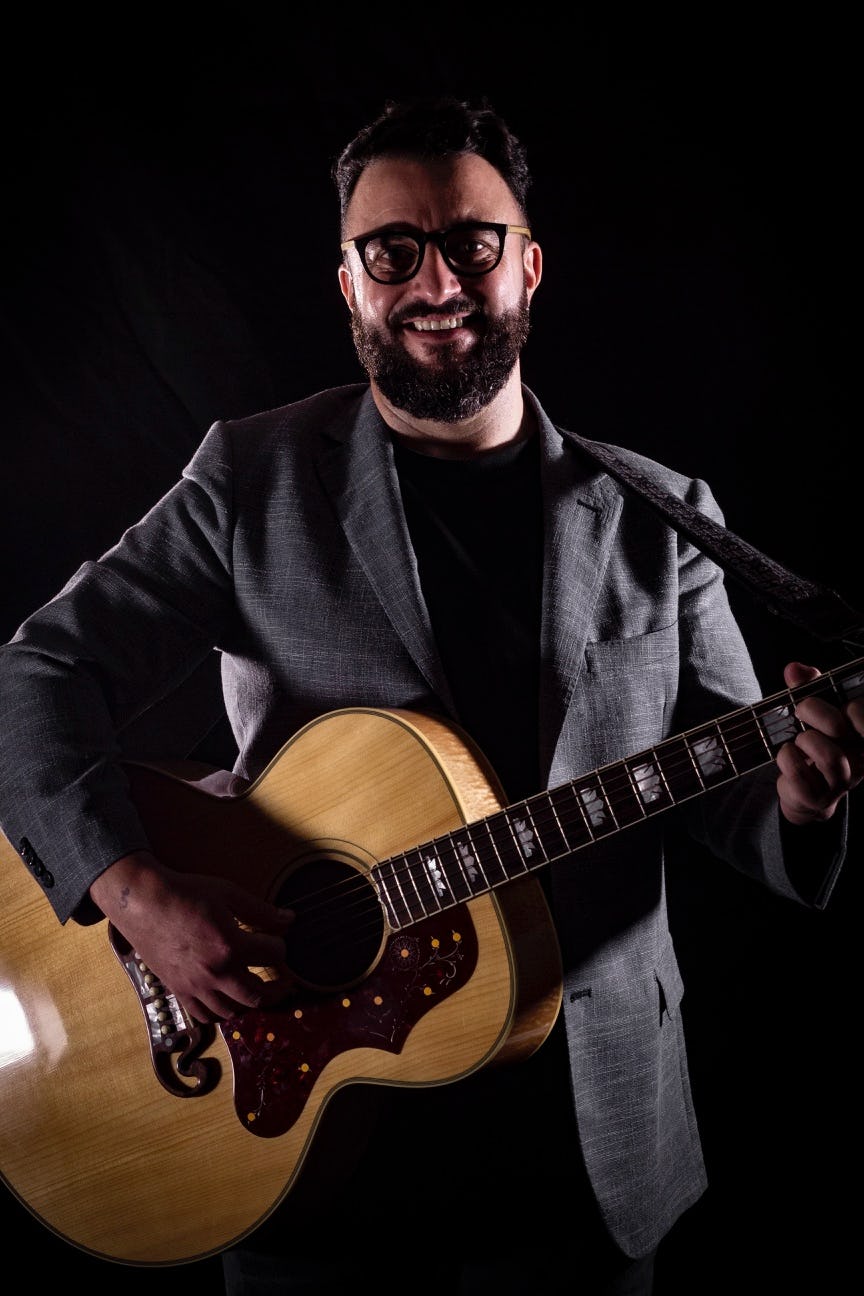 A difficult year for music, how did you react to the blocking of live shows and what do you have in store for the future?

I wrote the songs for this album in two nights, February 4th and 5th 2020, in the silence of my house, captured in their leanest version, guitar and voice, singing softly so as not to wake the neighbors. I focused on these and invested my energy and savings to bring this dream of mine to fruition. I love making records ... if I could make one a year I would be a happy and satisfied man!

This was my salvation, together with theatrical improvisation (every Tuesday evening, during the lockdown, I went live on my channel for an hour with the episodes of "Let's improvise a song" where the audience from home, in chat, I he suggested song titles and gave me ideas and I invented songs on the spot!
So, the answer is: I did not react, I felt the hardest blow but I decided to do something else instead of complaining and crying on myself because I considered it useless (my complaints and cries would not have stopped the pandemic) and harmful for the mental and physical health.

This is not your first crowdfunding, what are the strengths of the campaign and why have you chosen this tool several times to create your works?

That's right, it's the second. I did the first one in 2015 to finance my first song EP. That record celebrated my change of life that I had done exactly 3 years before leaving my job to be a "full time" musician.

Compared to the previous campaign, less ambitious at an economic level and less rich in rewards, the strengths are the many contents we have produced, the whole project behind it, the press office and social media management and the entire work team that I got involved to do things more professionally.
As I wrote a few lines ago, I love making records. I like writing songs and going into a recording studio. I would spend there day and night if I could. I followed all the stages of recording my songs, spending an average of 10 hours a day in the studio.
Realizing that I am not an eighteen year old, that I am not a "talent" person, that I want to create music that is not so popular in our country and also singing in English, crowdfunding immediately seemed to me the only possible solution to finance my project. Luckily, those who funded my first EP and were thrilled with it decided to trust me again and got other people involved in it. I set myself some more difficult but not unattainable goals ... and as I always say: "there are those who have a passion for cars, for clothes and shoes, for watches and pens and spend capital to buy them ... I have a passion for music and I invest everything I can in this, and if the money doesn't come back, never mind… I did what makes me happiest anyway! 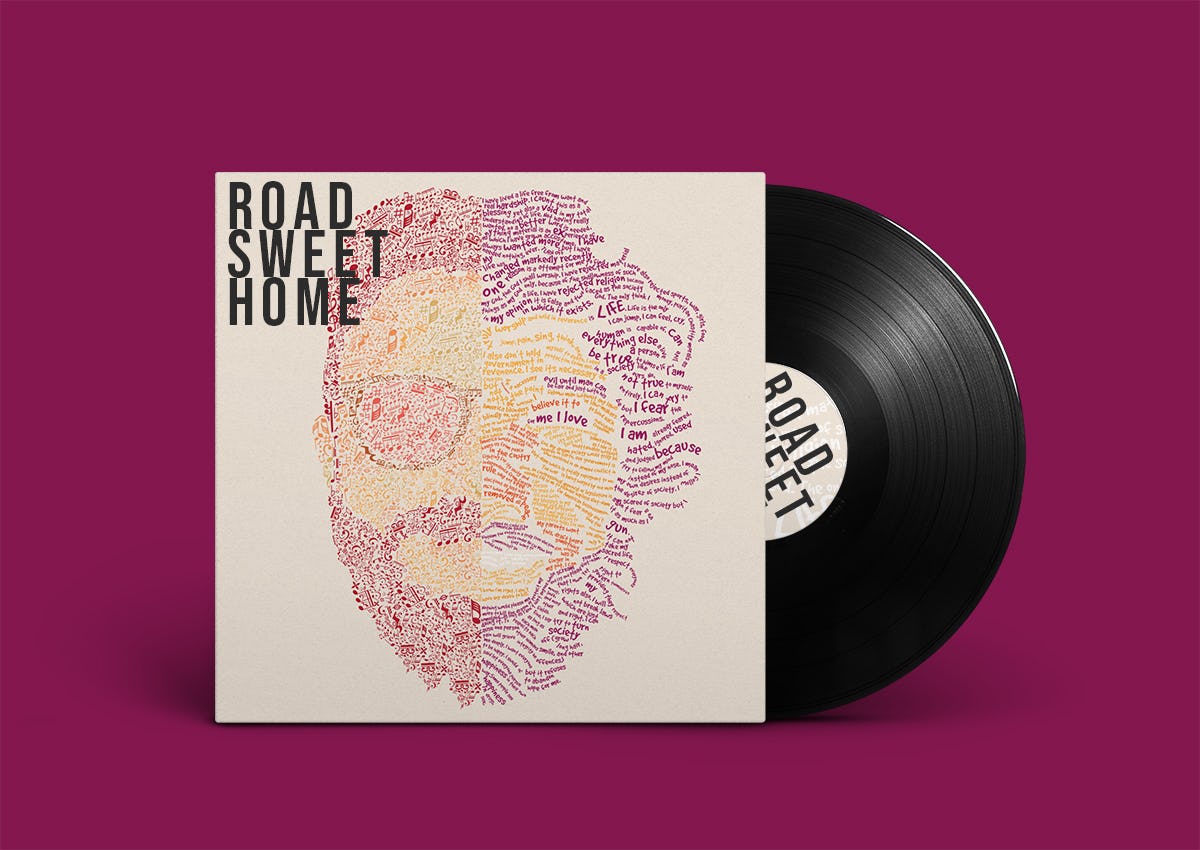 Raise your Voice!
A community to give a voice to women who don't have it!
Leggi di più
The importance of surnames in people's identity
"The rain of surnames", the editorial project that forms men and women free ...
Leggi di più
Shout out to the world who you are!
Discover the female TV series that ignites positive energy
Leggi di più
Where there is home there is love
Let's discover together Cepim Torino and their dream of autonomy for their c...
Leggi di più
Play the Grand Slam of Inclusion
Let's take the field to build the first wheelchair tennis center in Como area!
Leggi di più
IO, ME & LUCA: when diversity makes us unique
An unpublished album to tell about personality disorder
Leggi di più
Voicen, the app for women
Voices and stories of women to reclaim the female space.
Leggi di più
The taste of being Molesti!
The Molesto brewery explains how a Madonna beer is born!
Leggi di più
© 2021 EppelaAll rights reservedP.IVA IT01837640463
TermsPrivacyCookie