#siamotuttisupereroi: the crowdfunding campaign to support the Papa Giovanni XXIII Hospital in Bergamo.

Italy is going through one of the most critical moments in its history and today, as non-mail, there is a need for supereori, the real ones.

In this terrible war against a lethal and silent enemy, our doctors, nurses and health workers who, like true superheroes, are fighting tenaciously with all their strength to save as many lives as possible, are fighting at the forefront.

But, right now, in our own small way, we all have the opportunity to be true superheroes.

For this reason, the world of comics and that of music come together and launch the fundraising campaign "UNITI PER BERGAMO #siamotutisupereroi" promoted by the Bergomix Cultural Association, the Rock group and cartoon cover band Cristoni D'avena and the Guardiani Italiani superheroes Italian.

But let's leave the word to the heroes behind this feat...

Tell us about yourself: what are your stories?

Our stories, apparently different, over the years have had the opportunity to intersect several times and always under the banner of the Second and Ninth Art.
As for the Bergomix Cultural Association, it is a reality, a cultural movement born in 2005 with the aim of spreading the comic media both from an entertaining and cultural point of view.

This is done through meetings with authors, exhibitions, cinematic events, cosplay performances and much more, often involving important local realities and famous Italian commercial brands such as Hasbro, Mattel and Uci Cinemas.
Just in 2020 Bergomix turns 20 years of activity and this fundraising is perhaps the best way to celebrate this milestone.

Guardiani Italiani, on the other hand, is an Italian superhero project, conceived by Fabrizio De Fabritiis and Chiara Mognetti, with heroes and superheroes protagonists who they represent Italian cities and regions.
As for the musical part, Cristoni D'avena is a rock band born 6 years ago. The training currently known is the result of initial set-up changes, culminating in the achievement of a correct harmony between the members who are currently part of it.

The musical project that moves the band aims to re-propose, through new arrangements, the best-known cartoons, revisited in a rock key.

Recently the Cristoni have expanded their horizons, dedicating themselves to the creation of an unpublished song, in collaboration with Guardiani Italiani. 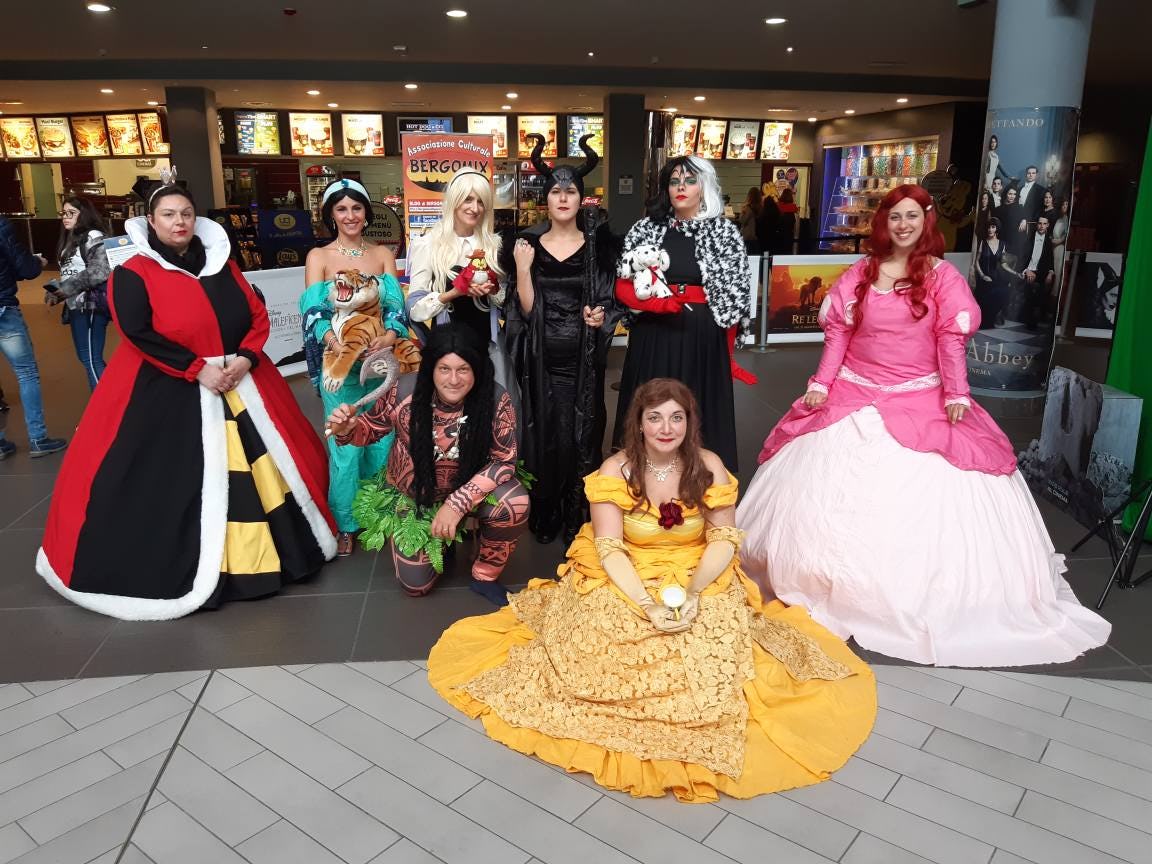 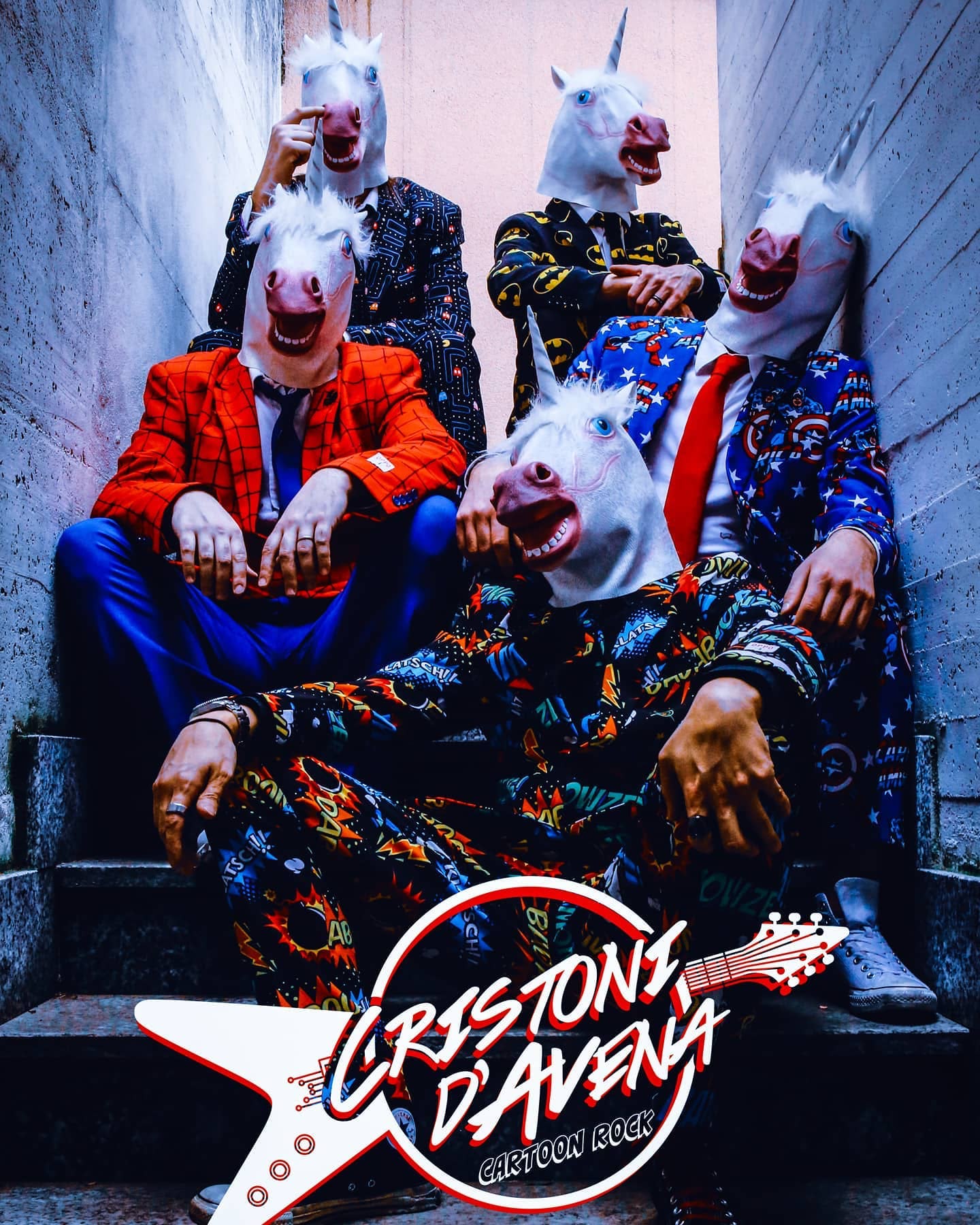 A great team has taken the field for your project: but who of you came up with the idea of launching this campaign?

Honestly, the idea of doing something concrete to help The fight against COVID19 flashed in the head of all team members.

It was precisely by comparing ourselves, on an initial push by the Cristoni D'avena, that we had the decisive idea to implement the project and give it a body.

All the realities involved and the big names of the Italian authors who have joined the project are exceptional names in the nerd world.

Italy is going through a difficult time and Bergamo is one of the areas most affected by the Covid-19 emergency. Looks like superheroes are needed to get out of this situation...

But this is the real world where we can count on real heroes: doctors, nurses, social and health workers, RSA staff, civil protection volunteers, law enforcement and the armed forces .

And each of us, in its own small way, can be: in fact this is one of the two mottos of our #siamotuttisupereroi project.

Each of us can thus provide their own contribution from the rear, in order to help the healthcare sector currently in crisis.

Just to represent this concept, one of the basic rewards of our campaign is the HD digital file of an exclusive illustration of Italian Guardians, starring the superhero Commander Italy in defense of Bergamo but, ideally, of the whole of Italy. 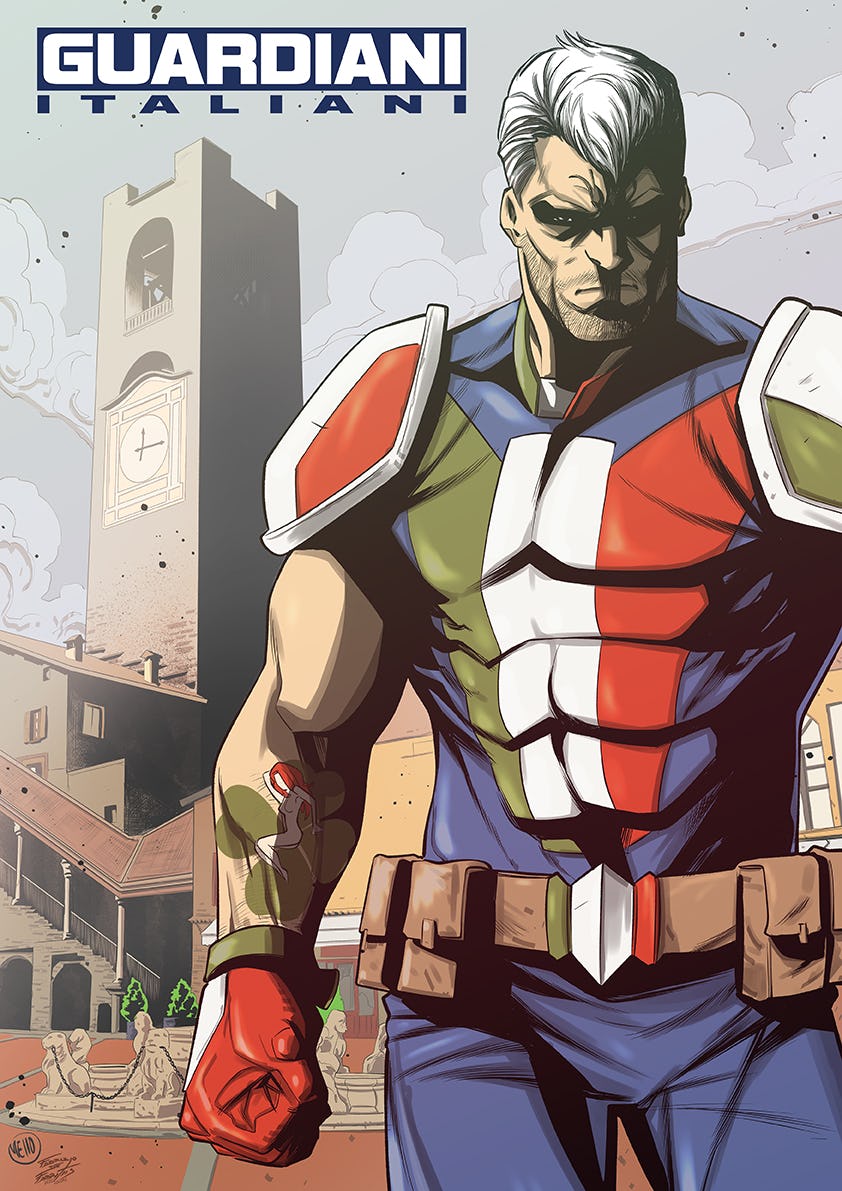 Over 30 Italian authors and cartoonists have mobilized for this campaign. What rewards have you foreseen for supporters?

In fact, the moment we are writing these lines we have reached 50 authors including comic strips, cartoonists and illustrators of national fame. The rewards are different: depending on the type of donation you will have the right to choose one or more dozens of digital illustrated subjects, which will be sent by email.

In addition, for those who donate at least 40 euros, a personalized musical dedication is planned, created by the Cristoni D'avena group.

But it does not end here, with the beginning of the second half of the project some cartoon designers have decided to help us even more, by providing original tables.
However, they will be one-off donations and, as they say in these cases, whoever arrives first stays better.

#siamotuttisupereroi is the hashtag of your campaign. Is there anyone who is more so than others at the moment?

As we have already said, the real Superheroes we can blindly rely on in this moment of crisis are the doctors, nurses, social and health workers, RSA staff, volunteers of Civil Protection, Law Enforcement and the Armed Forces.

However, we can all be sparring partners, contributing, in this case from the rear, to support the indispensable work carried out on the front line, by joining this charity campaign. After all, who among us has never dreamed of standing against evil alongside the heroes?

You will surely remember the "Portals" scene of the "Avengers Endgame" movie when Cap, Thor and Tony, now exhausted in the fight against Thanos, find themselves suddenly and magically supported by the allies of a lifetime and by all those who have hitherto protected.

Here, what we are living is precisely that moment: the moment to stand up against the Crisis that we are facing, united, united for Bergamo!